Lasse Skovgaard is a talented second-generation pipe maker, the son of Danish craftsman Benni Jørgensen, getting his own start in pipe making at the age of 16. He apprenticed in the storied W.Ø. Larsen workshop at the age of 18, and quickly worked his way up to crafting their Straight Grain pipes. Teddy Kndusen worked alongside him, and encouraged Lasse to take his own pipes to the Chicago Pipe Show in 2004. The encouragement turned out to be on target, as Skovgaard sold every single one. The next year, Lasse took 75 pipes to the trade show and sold out agin, kicking off his career as an artisan pipe maker with a bang. Now with nearly twenty years of experience in the craft, Lasse stays close to his Danish roots yet continues to develop his own distinctive style.

This bespoke bent Apple displays a tall, Egg-like bowl with a seamlessly-incorporated ridgeline that wraps from rim all the way around the fore, right up the shank's lower edge and around the stem's base before dissipating into the shank's curvature on the other side. The ridgeline's curvature matches the profile of the bowl's swell, a clever mirroring that ties the composition together without overtly seeming to intend to. However, precise line work like this doesn't happen by accident, to say the least.

Shaping according to the grain is the mark of an artisan pipe maker, and it is quite difficult to render such a plump shape that still displays tight striations of flame grain the way this piece does. But Lasse was far from satisfied with merely pulling off that difficult feat; he added bespoke details like a smooth undulating rim, a proud shank that presents a muscular height while appearing quite sleek, and an extension of the line work and profile into a lithely handcrafted stem with incomparable fluidity. Having earned his superlative Lion grade, this piece represents the pinnacle of Skovgaard's work to date, a tour de force of craftsmanship and artistic inspiration that will make a worthy centerpiece to even the most distinguished collection. 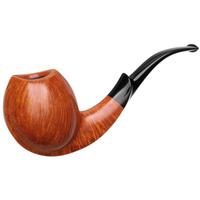 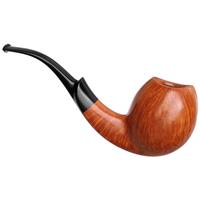 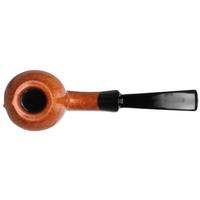 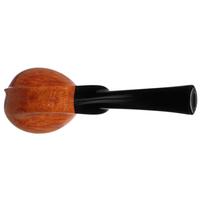 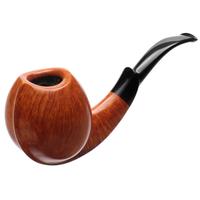 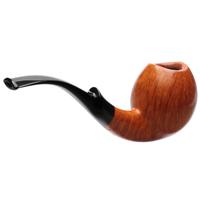 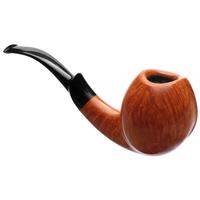 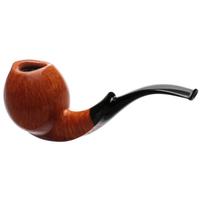