Suhr pipes are handmade by Johannes Rasmussen in Denmark. The Suhr name dates back to 1940s Denmark, specifically to a pipe repair shop of the same name that later became a manufacturer, employing the likes of Sixten Ivarsson and Poul Rasmussen. Johannes now carries on the Suhr name with his artisan pipes, having trained under Tom Eltang during the onset of his career — coming full circle, as his grandmother, Anne Julie, was instrumental in the early stages of Tom's career.

Presented here is an impressively precise and creative Volcano from Johannes, marking the first time we've received the shape from the Danish artisan. The wide, compressed shank calls to mind the Eskimo shape in its execution and accentuates the bowl's visual presence. What immediately grabbed my attention is how Johannes utilized the shape's characteristic ridgelines along the base to inform the grain orientation on this composition. The shank's paneled sides are remarkably slender, expanding gradually as they work their way toward the shank face and are covered in tight streaks of vertical grain. The tall, tapered bowl reveals gorgeous streaks of grain around its surface, made even more striking by the vibrant contrast stain. Hypnotic, mesmerizing whorls of birdseye dominate the entire top and bottom of the broad shank, resulting in a piece that will surely satiate the appetite of any grain aficionado. A stellar piece from Johannes that demonstrates his immense talent. 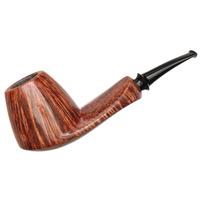 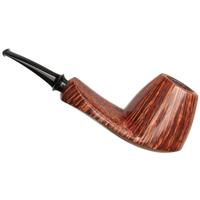 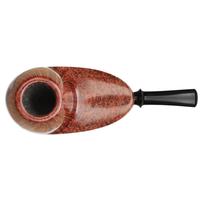 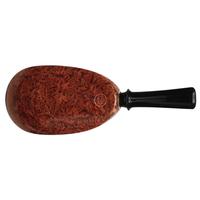 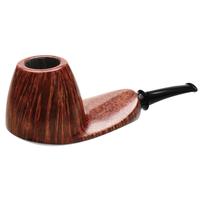 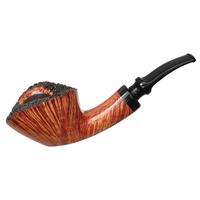 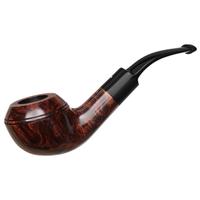