Though not as stocky as some of Tao's work, this bent Apple offers up a plump, full-bodied bowl with the sort of curve that allows it to tuck in the hand easily. It's been paired to a rectangular shank, its edges rounded rather than crisp, reinforcing the soft feel of the piece as a whole. Fitting to that, it's finished in a light stain that showcases the briar's natural grain patterns in a subtle palette; the mouthpiece serves to offset that light stain, however, offering both crisp, cool tones in the form of pale, antique whale's tooth, as well as the warmth of a cumberland stem. As a whole, this is an elegant piece, delightfully balanced while also being easy enough to slip into a jacket pocket or hang from the jaw. 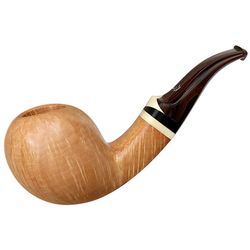 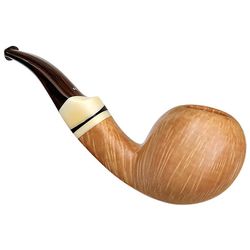 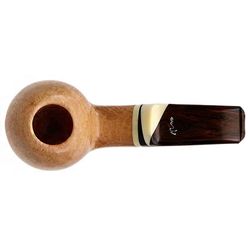 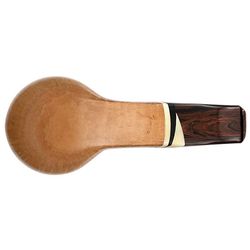 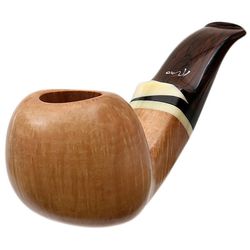 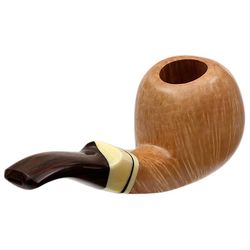 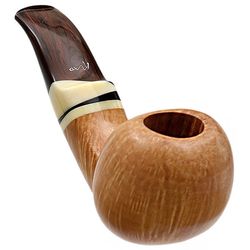 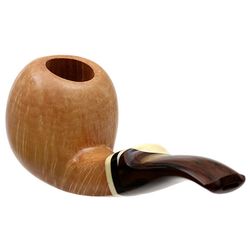 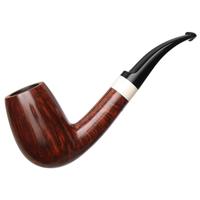 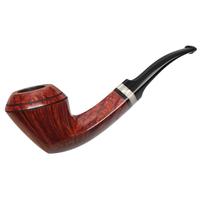 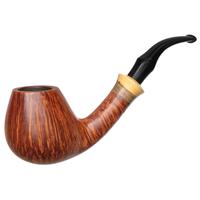