Because of our annual company picnic our call center is closed today. (We're normally open for calls Sundays from 12pm to 4pm Eastern). But feel free to email us, or call and leave a voicemail and we'll get back to you promptly Monday.
New Pipes » Tao » Smooth Natural Bent Bulldog with Silver

Fitting right in with Jens "Tao" Nielsen's other works, this bent Bulldog maintains the Danish carver's conventionally robust proportions, rendered in a compact length. Like other Bulldogs we've seen from him, the bowl on this offering is rather squat and lacks the strong taper of, say, the classic English variety. Instead, the rim (full of birdseye, I might add) is more rounded above the twin beadlines, while below, the bowl descends straight down before suddenly coming to a point at the heel, similar to how a boat's hull curves toward the keel.

The shank and stem combination, however, is where Tao somewhat strays from convention in this piece. From an aerial perspective, the stout shank flares slightly toward the bowl, making for a gentle, easy transition. From the side, though, the shank flares, instead, toward the shank-end and base of the saddle stem, adding a touch of flair (and, literally, flare) to the profile. Such whimsy doesn't detract at all from the stately nature of the piece, though, as it wears a striking natural finish, complemented by a stunning combination of silver and cumberland at the shank-end and mouthpiece, respectively. It all makes for yet another prestigious offering from Nielsen. 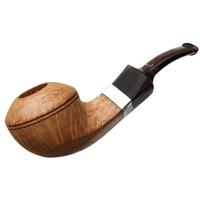 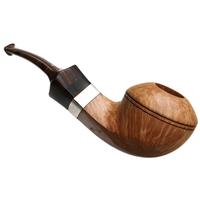 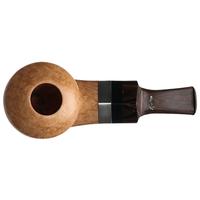 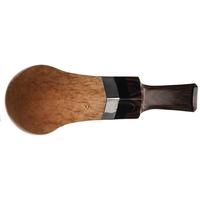 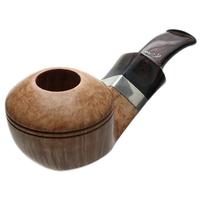 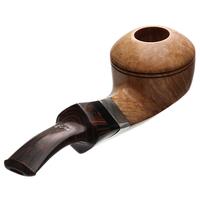 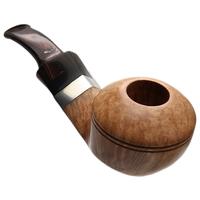 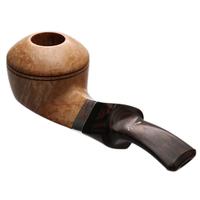 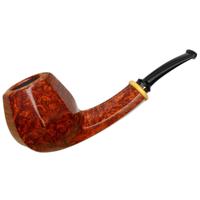