Because of our annual company picnic our call center is closed today. (We're normally open for calls Sundays from 12pm to 4pm Eastern). But feel free to email us, or call and leave a voicemail and we'll get back to you promptly Monday.
New Pipes » Tao » Smooth Natural Bulldog with Antique Whale Tooth

An artisan pipe maker in Svendborg, Denmark, Jens "Tao" Nielsen first entered the world of pipes as an assistant at Wilhelm Jørgensen's tobacco shop located on Copenhagen's famous Strøget street — the same street that at one point featured Sixten Ivarsson's, S. Bang's, and W.Ø. Larsen's workshops. Through Nielsen's several years of selling pipes, he met Erik Nørding, who offered him an apprenticeship learning how to actually make pipes instead of merely selling them. Nielsen worked under Nørding, then, for two years, honing the fundamentals of the craft before encountering Poul Ilsted, and the duo of Nielsen and Ilsted set out to found their own pipe-making workshop. They found an old, abandoned pipe factory in Svendborg, and in 1970 established Svendborg Piber, fashioning pipes under the Svendborg name. At the workshop's height, it employed 17 people, but eventually closed when Ilsted and Nielsen decided to fashion pipes under their individual names, having established the requisite skills to make artisan pipes.

In the decades since, Tao has developed a distinct shaping style that prioritizes compact proportions and plump muscularity, and he's become particularly revered for his Bulldog renditions. One such iteration is presented here, and it's a sister piece to one we received previously from Tao: Both feature similar, Nosewarmer dimensions and cumberland stems, but with this one trading the former's saddle mouthpiece for a tapered variant. As is typical of Tao's Bulldogs, the bottom panels of the diamond shank extend through the heel, creating an angular disposition that resembles the prow of a ship when viewed head-on. Whether intentional or not, such a resemblance hearkens to Nielsen's prior profession as a sailor and his love for the sea. That love is also reflected in his signature use of antique whale tooth*, here adorning the base of the stem in slanted orientation that's balanced by an oppositionally angled accent of amberoid.

Naturally finished and free of stain, the stummel reveals flawless briar, with grain emanating from the heel to perfectly follow the lines of the shape. Twin beadlines adorn the bowl, and above, the rim is more domed than tapered, reinforcing the design's plump curvature and hearty proportions. The virgin briar will darken naturally with a patina as this pipe is smoked, and it's a beautiful representation of Tao's signature shape, immediately recognized as his work and boasting the engineering acumen of a pipe handmade by a carver with decades of experience. 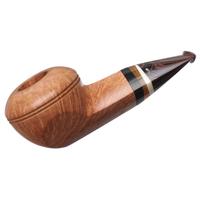 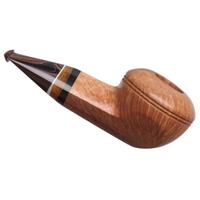 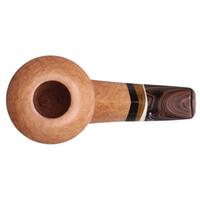 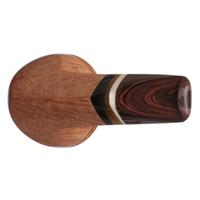 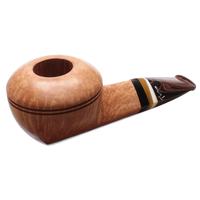 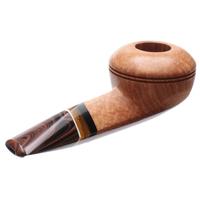 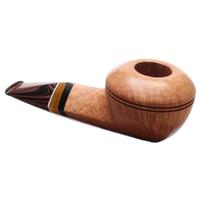 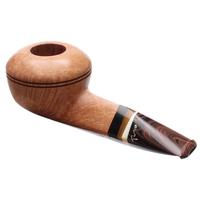