Because of our annual company picnic our call center is closed today. (We're normally open for calls Sundays from 12pm to 4pm Eastern). But feel free to email us, or call and leave a voicemail and we'll get back to you promptly Monday.
New Pipes » Tao » Smooth Billiard with Antique Whale Tooth Stem

Jens "Tao" Nielsen is a venerated master of pipe making, showcasing a penchant for compact, stocky designs imbued with the soft shaping style of the Danish tradition, and rich accent materials. Tao was originally a sailor, spending much of his life at sea, and that traveling experience influenced his design sense, with his pipes being easily transportable and perfectly suited for hands-free smoking without sacrificing any muscularity or durability. After meeting his wife and deciding to give up his life at sea, Nielsen began apprenticing under Erik Nørding, which is where he met Poul Ilsted. The two eventually left Nørding to found the Svendborg brand in 1970, but after 11 years, the workshop disbanded, with Nielsen and Ilsted deciding to focus on crafting artisanal pipes under their own names. Today, Tao pipes are prized in the world of pipe making, and they are highly sought after for their gorgeous aesthetics and rich smoking properties.

The full-bodied, voluptuous bowl of this straight Billiard features the supple curves that often mark Danish craftsmanship, with the softly rounded heel possessing a touch of briar past the transition. The arrow-straight shank balances out the plump proportions of the bowl, extending out of the neat transition that displays a lively bit of cheeking. While Nielsen often utilizes antique whale tooth* as an accent material in his pipes, a nod to his prior nautical career, this piece features a whole tapered stem composed of the material — its effervescent whiteness a stunning note in profile. The stummel wears a handsome, ruby-tinged, smooth finish that accentuates the tight bands of flame grain that flow from the heel to the rim across the flanks, while birdseye adorns the rim and top of the shank. It's a compact, lightweight design, coming in under five inches in length, making it a travel-friendly piece replete with charm. 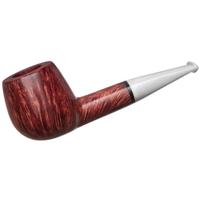 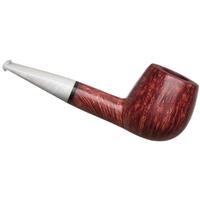 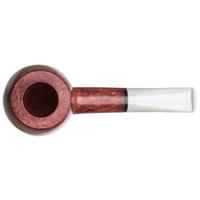 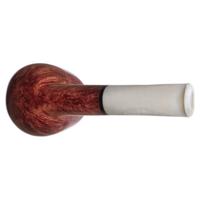 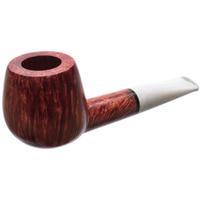 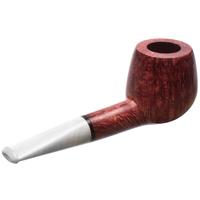 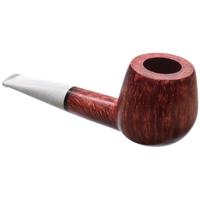