A stunning example of Todd Johnson's work, this Acorn sports an undeniably soft, organic style on all sides. A plump and gently rounded upper bowl gives way to a crown of stunning, dark plateau, while the remainder of the bowl tapers to the flattened base, allowing it to sit firmly on a flat surface. The transition and shank are fluid, with a slight flare, and there are no sudden or jarring lines to be found anywhere on this piece. While the shape itself is handsome, the grain here is absolutely stunning. Flame grain is replete on both flanks, but what struck me most is near the transition. Through careful arrangement, Todd's realized a seamless fluidity form vertical flame to horizontal cross-grain along the shank, giving the illusion that rather than being carved, the pipe always existed this way. It's a detail in keeping with the shape's overall organic form, further emphasized through a warm, vibrant contrast stain. 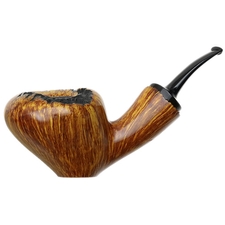 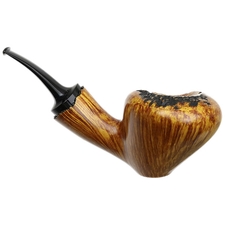 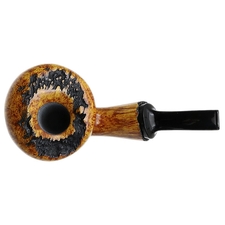 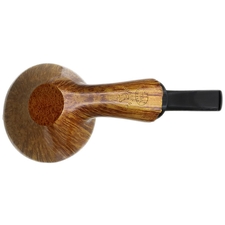 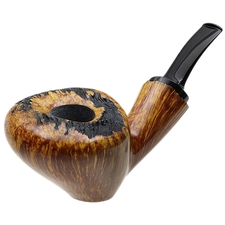 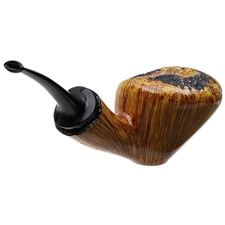 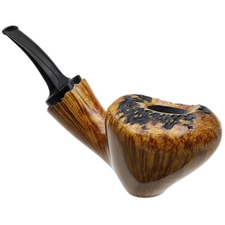 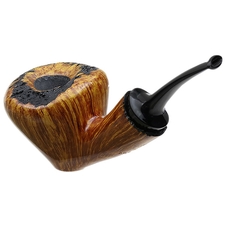