At its core, this piece immediately calls to mind Todd's Samurai Volcano renditions, though the similarities begin and end pretty much at the bowl and shank. Where that piece is a seemingly forward-rushing number, this Ostrich is a proud, tall-standing composition balanced on a steadily arched, flaring vulcanite foot. Said foot also allows this piece to be a fully-functional Cavalier, while also evoking the look of this piece's namesake bird. Actually, viewed from that perspective, Todd's Volcano-like bowl becomes the animal's beak, and from its downward-curved look in profile, it almost looks like the animal is deep in slumber. An exquisite, regal piece from Todd here. 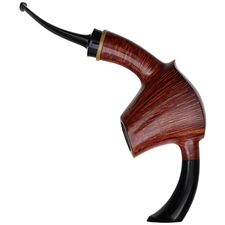 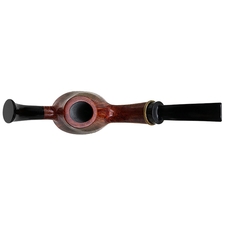 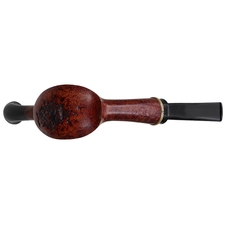 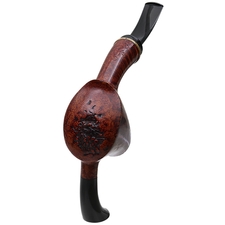 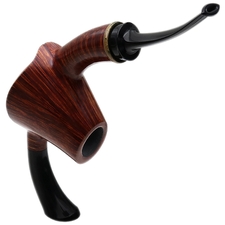 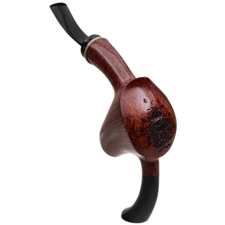