Similar to his Cantilevered Dublin Sitter shape, this bent Dublin Sitter is an exercise in relative geometry, seemingly composed of two disparate, divergent forms. The more prominent of these two is a forward-drooping, Japanese Dublin bowl, exhibiting a pronounced sense of asymmetry, with its undulating, partially-domed, and plateau-adorned rim bolstered by what seems to be endless flame, highlighted through one of Todd's matte-like contrasts. The bowl is visually grounded by the rearward-ebbing shank, also crowned with plateau, joined at the center by a seriously cinched transition that serves to act as a central axis point. Said shank is also framed by a set of ridges at the left and right, resulting in an undulating, somewhat lenticular form.

The pipe is certainly deserving of its Phalanx Q grade, with all that aforementioned flame manifested in feathery, ultra-tight licks, terminating in vivid whorls of birdseye and plateau. It's all perfectly oriented of course, despite what I can imagine would be a fairly challenging form for a pipemaker to achieve, both conceptually and in practice. Fortunately, Todd Johnson's made it look easy, pairing the gorgeous treatment with a stem of bright sky blue bakelite, too. 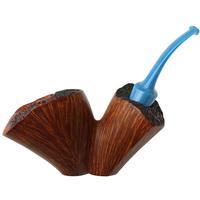 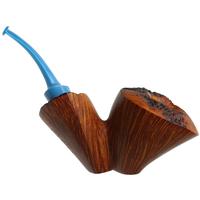 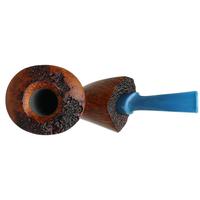 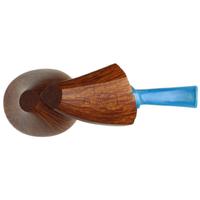 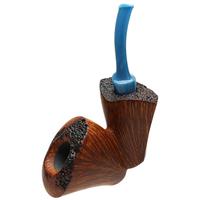 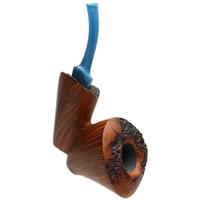 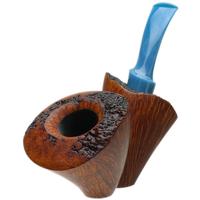 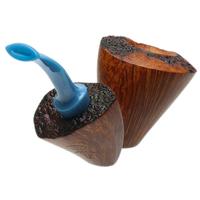 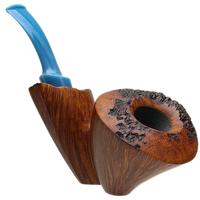 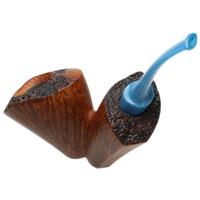 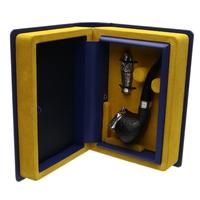 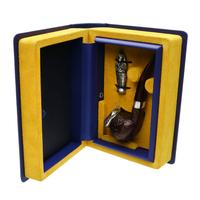 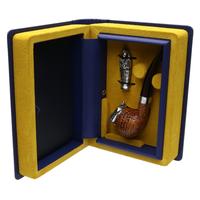 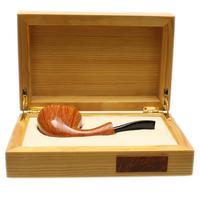