Both on the longer and leaner, as well as the more lithe and compact end of Todd Johnson's shaping spectrum, this long shank Acorn manages to pack quite a bit of elegant gesture and affability into a fairly understated form (for Todd). Indeed, it boasts over seven inches from bit to rim, with a sleek sense of taper from the shank's end to the form's transition, where from here sprouts a softly conical, plateau-kissed bowl. From the right flank, a crisp teardrop ridge serves to ride the length of the form, gently terminating at the bowl just as easily as it began. It wears a warm, reddish-brown sandblast, the likes of which, though understated, serve to bring out a stellar showcase of rippling ring-grain. The carver's opted to pair the rich finish with an accent of bright green bakelite, evoking a sense of antiquity, though not without an eye toward modernity. Lovely work. 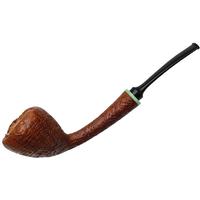 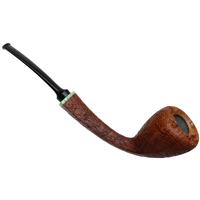 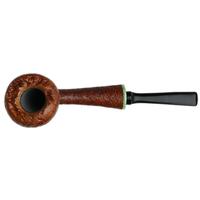 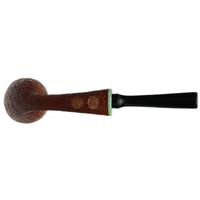 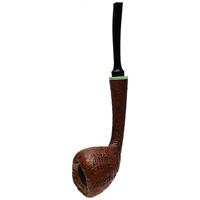 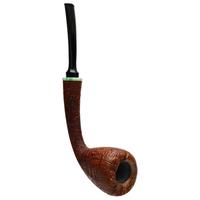 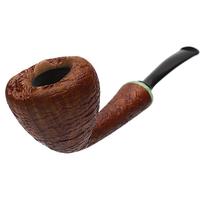 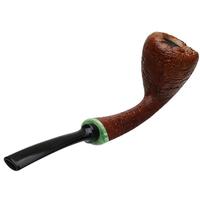 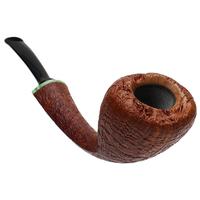 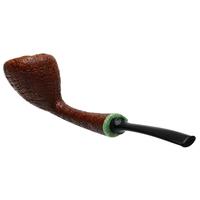