The theme of this year's American Pipe Making Exposition is a broad one, centering on "Influence." Many of the expo's featured artisans honored other pipe makers whose styles have left indelible marks on their own work. Todd Johnson enjoys a place as one such influencer of style, having inspired Micah "Yeti" Cryder's entry. Todd has been a longstanding member of today's current artisan pipe making movement in the United States, and his influence can be seen across the industry. He's trained and mentored a number of other carvers at the beginning of their careers, directly passing along his expertise and indirectly spreading his stylistic influence. However, Johnson has influences of his own, to whom he pays homage with this stunning, creative, avant-garde composition.

While Todd received instruction from more experienced carvers at the start of his pipe making journey, most notably from Tom Eltang, Johnson didn't concern himself with mimicking Eltang's shaping style. Rather, the American artisan focused on the techniques and tools used by the Danish carver, copying Tom's technical approach to the letter for years after embarking on his own. Though naturally influenced by other design traditions, particularly Danish and Japanese pipe design, Todd is most inspired by an art form separate from pipe making: the culinary arts and, specifically, molecular gastronomy.

For Todd, pipe making and molecular gastronomy share similar creative aspects. Both a pipe and culinary dish's "ingredients" can have singular uses, but artisan pipe making and molecular gastronomy enjoy manipulating these ingredients, pushing the boundaries of what's considered normal or possible. In pipe making, those "ingredients" are the materials used — briar, vulcanite, bamboo, Bakelite, boxwood, and all other medias — and artisans often incorporate these ingredients in transformative ways comparable ways to how the culinary arts approach their ingredients. In this Duck Breast Dinner, though, Todd blurs the lines between culinary art and artisan pipe making, presenting a composition physically evocative of the former but utilizing the "ingredients" of the latter.

In Johnson's own words:

It's all displayed on a plate handmade by Todd's wife, Rachel, in her home studio, and the entire set presents a stunning array of vivid colors, texture, and materials. Todd has long respected the work of chefs like Dominique Crenn, Wylie Dufresne, Magnus Nilsson, René Redzepi, Grant Achatz, Clare Smyth, Mashama Bailey, and Daniela Soto-Innes. He's enjoyed dishes from all of those culinary artists, and each one has led to months of pipe making inspiration that's still being realized and manifesting in Todd's work.

This Duck Breast Dinner is a single amalgamation of that influence, a snapshot of what most readily influences all of Johnson's work and a stunning display of his ingenious creativity and mastery over materials, aka "ingredients." Dinner is served. 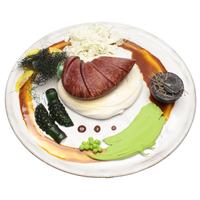 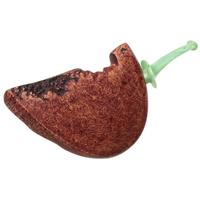 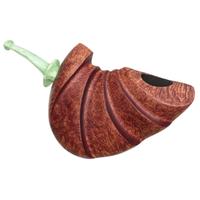 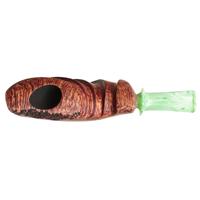 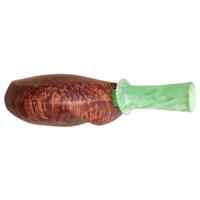 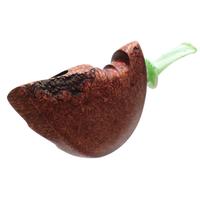 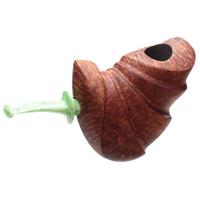 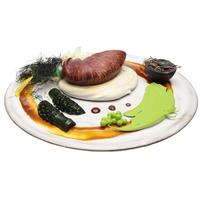