The Tsuge family long ago enjoyed status and respect as skilled sword-makers, but with the modernization of Japan, a new trade was needed if the family name was continue its traditional association with fine craftsmanship. Today, the Tsuge name is known as a revered Japanese pipe manufacturer, supplying the world with quality pipes as well as the artisanal selection offered under the Ikebana name. This is all because of one man: the late Kyoichiro Tsuge, who passed in November of 2010 at the age of 99.

Orphaned at the age of 13, Kyoichiro returned to Japan from Seoul, Korea (where his father had established himself as manager of the cigarette plant of Towa Tobacco Company) to live with his uncle, in time acquiring an apprenticeship with a maker of fine ivory cigarette-holders. By his twenties Tsuge-san had married and started his own cigarette-holder making business, however, following the end of WII, he returned to Tokyo to find that there were virtually no cigarettes left in Japan. There was still pipe tobacco, however, and so Kyoichiro Tsuge adapted by entering the pipe making business. Even this posed difficulties, though, as briar, too, was not to be found, and thus the earliest Tsuge pipes were fashioned from high-quality cherrywood instead. Through difficulties, setbacks, and international turbulence, Kyoichiro Tsuge persevered, and it is through his perseverance that we are today able to enjoy the impressive spectrum of quality briars which bear the Tsuge name; a tradition now carried on by his three sons, and the employees and artisans of the extensive pipe making and distribution network Kyoichiro created.

This special anniversary piece takes the form of a sure-sitting Cherrywood, with the bowl dramatically canted forward and balanced by the high-kicking shank-and-stem combination. Said bowl flares in traditional Dublin fashion up toward the rounded rim, dressed in a rich contrast stain and accented by a pale ferrule of boxwood. It's a beautiful design to commemorate one of the most important figures in the history of pipe making. 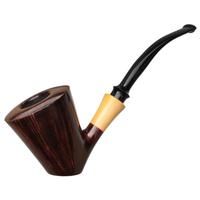 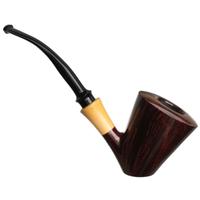 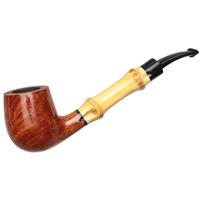 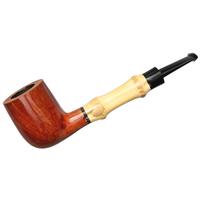 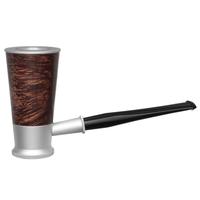 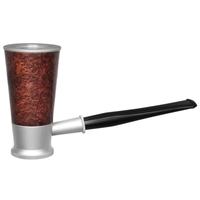 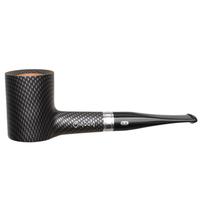 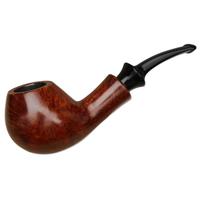 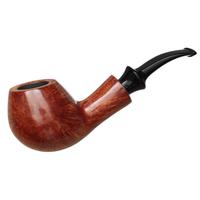 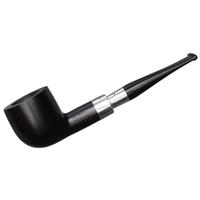 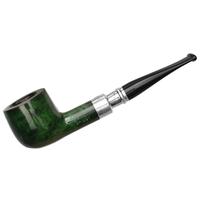