Japanese marque Tsuge was founded in 1936 by Kyoichiro Tsuge, carving mainly ivory cigarette holders. After World War II, Kyoichiro transitioned to pipe making, growing the brand into the largest pipe company in all of Japan. Tsuge's Bamboo series showcases the brand's skill in fitting their pipes with the dense grass, creating a line of briars with plenty of organic charm. The shapes within the series vary from classic Anglo-French designs to those that are distinctly Japanese, stylized by Tsuge to reflect their heritage and offer even more naturalistic appeal. This particular piece is the Scoop-like "363" bent Egg, featuring a single knuckle of bamboo dressed in a crisp, earthy sandblast. 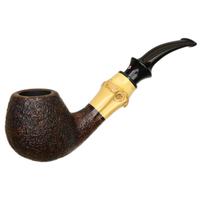 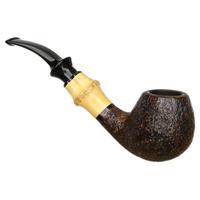 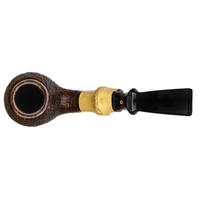