For decades now, Vauen has offered a singular, unique design to represent their special, limited-edition Pipe of the Year series. For 2020, the historic German marque presents this sweeping bent Egg that was handcrafted by their team of talented artisans. The paneled shank is comprised of firm ridgelines that manage to elegantly flow toward the downturned mouthpiece despite their initial rigid appearance. Such shaping also contrasts the plump, supple curves of the bowl which is canted forward to balance the stem's bend. Said bowl is finished in a light-depth sandblast that simultaneously preserves the bowl's affable roundness while unveiling a stunning array of undulating grain. The chamfered rim is left smooth for a touch of contrast, matching the trim band of briar along the shank-end. Further contrast is supplied by the metal band as well as the sterling silver crossed pipes logo inlaid along the stem's topside. 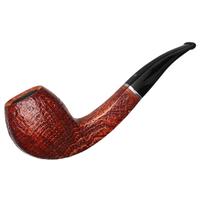 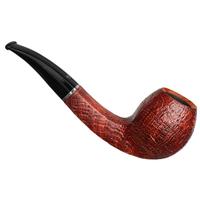 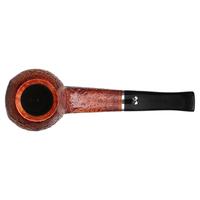 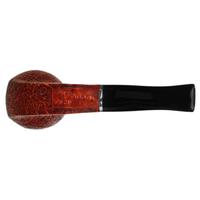 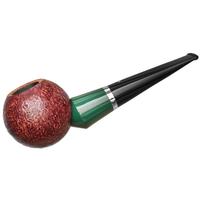 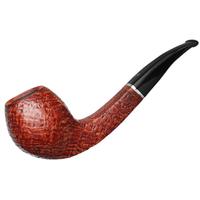 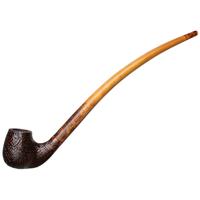 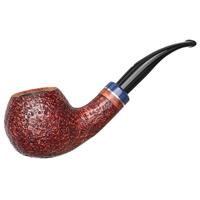 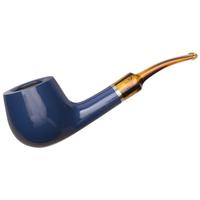 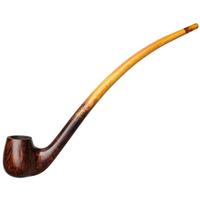 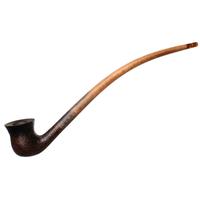 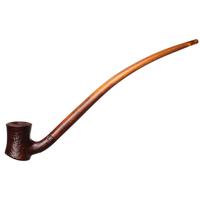 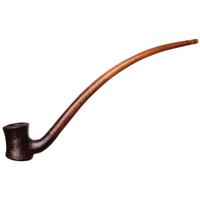