This bent Egg is one of Viktor Yashtylov's more traditional pieces. Hewing closely to the St. Petersburg school, the Russian carver incorporates a Danish sense of smooth lines and sweeping curves with the Russian tradition's use of bold muscularity and palm-filling form. Flaring of shank end, it curls and tapers into the well defined transition, prompting some cheeking about the lower flanks and lending the bowl a poised, forward-canted disposition, seemingly balanced at the end of the lithe S-curve. It's a piece free of adorning accents which was no doubt intentional, allowing the briar's natural grain to take center stage — a band of cross grain wraps the top of the shank and rim, curling down the bowl's fore and underside to leave dizzying seas of dense birdseye across either flank. A stunning piece from Viktor, it's also fitted with one of his signature magnetic stems, allowing you to remove it even while the pipe is hot as well as providing plenty of intriguing tactile enjoyment. 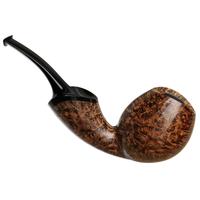 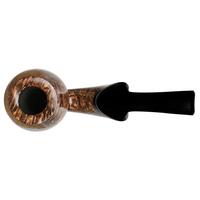 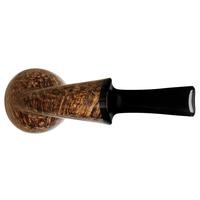 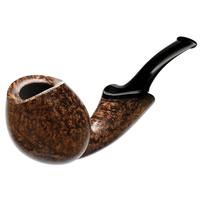 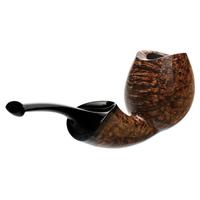 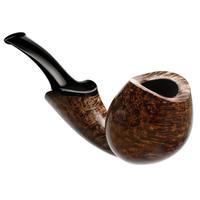 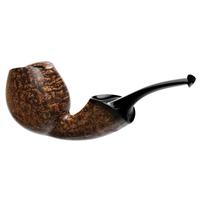