Known for his wild, eccentric pipes, Werner Mummert is equally adept at carving more traditionally inclined pieces, with this Rhodesian being a great example of his more conservative shaping style. This piece is a rarity from the the German artisan; it's only the second Rhodesian in three years we have received, making this rendition an impressive find. The broad, well-rounded bowl is characterized by twin beadlines that are moved up onto the smooth, domed rim rather than about the waist, with a tucked transition at the abbreviated, shank emphasizing the form's inherent muscularity. The stummel wears a natural stain and well-executed, crisp sandblast that clearly defines stunning ring grain beneath, with the aforementioned smoothly polished rim and a trim ring at the shank end lending textural diversity. It's all topped by a purple-hued vulcanite stem with stylishly stepped expansion discs along its base. 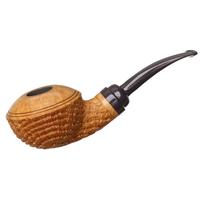 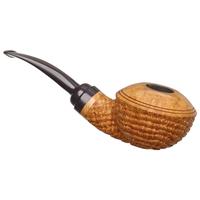 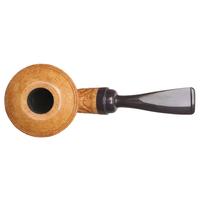 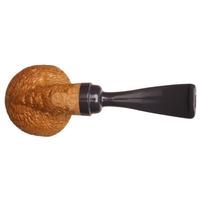 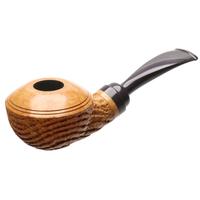 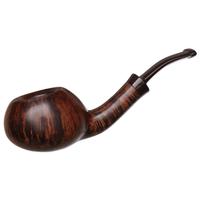 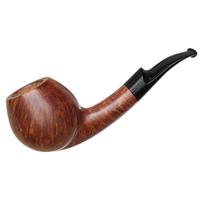 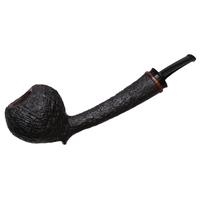