Most Winslow pipes are marked by a flowing, forward-urging dynamism and sense of floral organicism. This bent Dublin, however, is much more angular — the transition tightly bent in such a way as to make the bowl appear to tilt backward, the motif furthered by the rim's slant. It still maintains an organic style, though, with the rim studded in plateau and the finish marked by a smooth, auburn-stained section to contrast the ruby-tinged rustication. 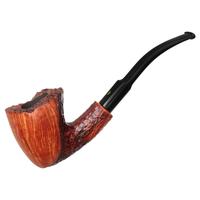 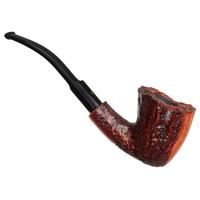 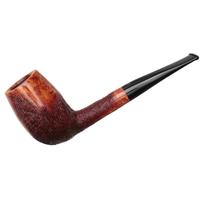 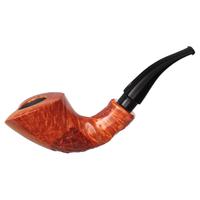 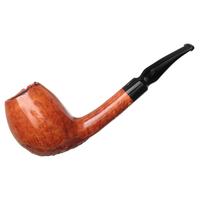 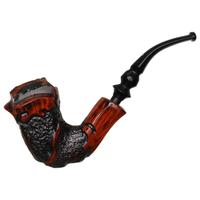 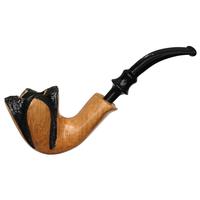 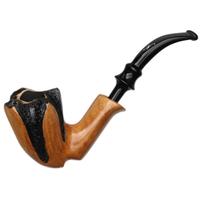 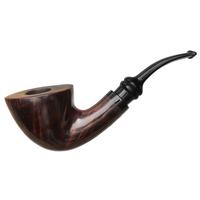 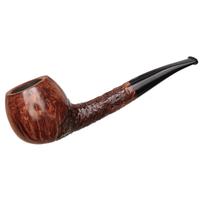 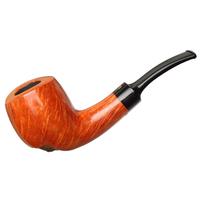