While this Pickaxe design from Poul Winslow features the form's signature pointed heel spur, Poul has added some stylistic flourishes to the bowl through paneling the flanks and utilizing a dual finish. The Danish artisan has dressed the majority of the stummel in a jet-black, striated rustication to contrast the smoky contrast stain that adorns the smooth portions along the flanks which displays a striking array of straight grain. It's a piece that promises countless hours of tactile entertainment while the sinuously bent shank-and-stem should prove useful for hands-free smoking scenarios. 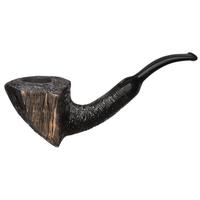 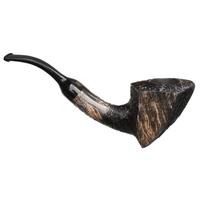 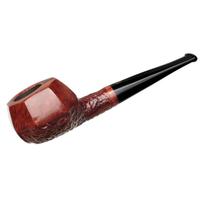 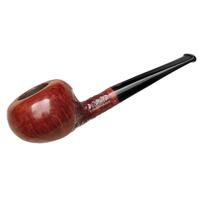 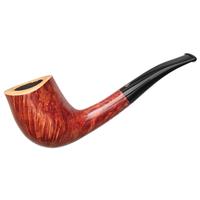 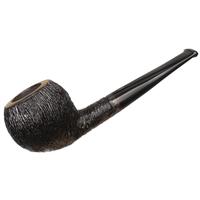 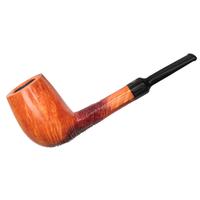 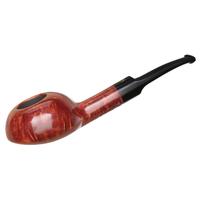 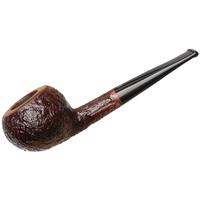 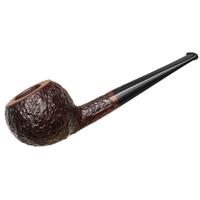 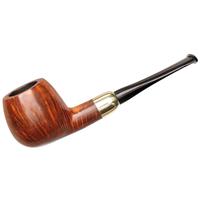