Poul Winslow's shaping style is a beautiful combination of classic design cues and the more avant-garde flourishes of the Danish Fancy Freehand aesthetic — all hand-carved by Poul and sometimes adorned with his own accents of custom-cast acrylic. This tasteful conflation of motifs results in a singular presentation of pipes rooted in traditional forms but individualized by artful ridgelines, channels, or natural plateau. As such, Winslow pipes cater to a wide range of preferences, attractive both to collectors who appreciate more archetypal forms and to those drawn to more distinctively creative pieces. The Crown series represents Winslow's entry-level tier, graded in ascending order from Viking and 200 to 300 and Collector, and this particular Viking example is a striking bent Dublin accentuated by a partially rusticated finish. 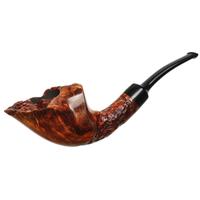 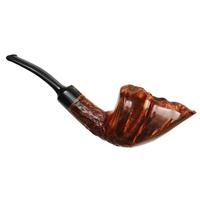 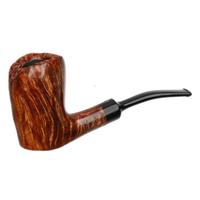 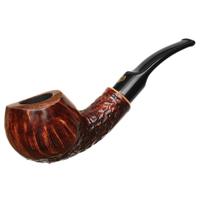 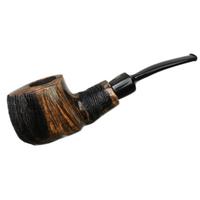 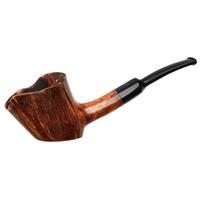 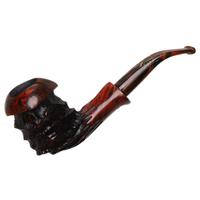 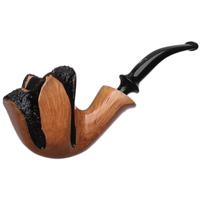 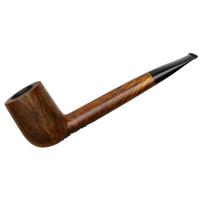 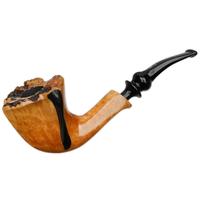 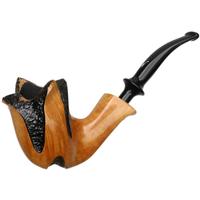