While Wolfgang Becker's Stetson shape isn't fashioned as often as his signature Wasp, the design is as easily recognized as the work of the renowned German artisan, and its relative rarity makes it all the more desirable and collectible. This particular rendition is a bold, muscular iteration, the thick walls of the bowl transferring their stoutness through the transition and into the shank which Wolfgang has appropriately extended with an equally robust knuckle of yellow-hued bamboo. Becker has used the natural form of the bamboo perfectly, the end being shaped into a dome, smoothing out the profile's lines after they've been interrupted by the craggy nodes of the singular knuckle. This domed end is echoed, then, by the saddle portion of the stem, the mouthpiece itself contributing to the overall shape rather than simply added as an after thought.

At the bowl, Becker has included his conventional use of asymmetry. The iconic, concave orientation of the rim that defines this shape and contributes to its moniker is evident in profile, yet when viewed from an aerial perspective, it's obvious the way in which the oval-shaped bowl drifts slightly toward the left — no doubt informed by the natural, sweeping nature of the sandblasted ring grain rippling up the flanks. Wearing a dark stain atop the low-profile, Danish-style sandblast, the stummel is crowned with a smooth-polished rim, the walnut hue bringing out smoky whorls of birdseye all across. Simply exquisite work from Becker and a piece that becomes adored all the more every time its handled. 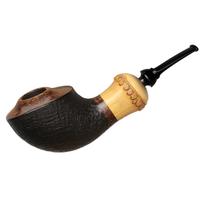 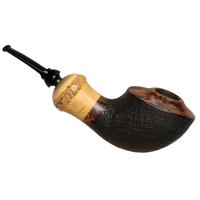 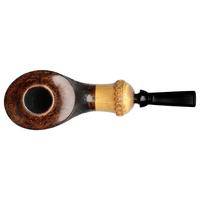 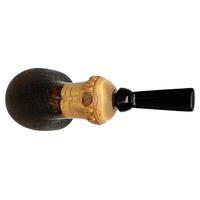 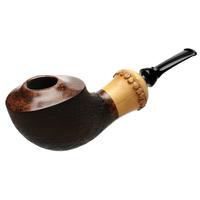 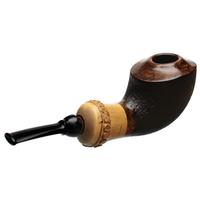 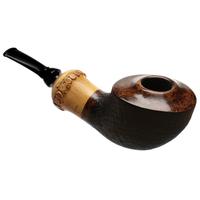 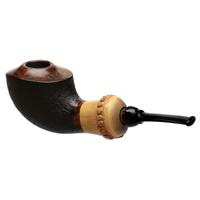