Like the bent Egg also seen in this update of Wolfgang Becker pipes, this Wasp both is a signature shape from the German artisan and bears his highest Signature grade designation. Wolfgang gained an appreciate for pipes in the '80s through his admiration of Lars Ivarsson, whose work awed Becker as he read Pipe Club magazine, eventually leading to the German making his own pipes and gaining advice from Klaus Hahn, another German pipemaker. Becker has since curated his own recognizable aesthetic within the artisan carving world — his pipes easily identified by their combination of bulbous forms, dynamic shaping, and oft-seen asymmetry, all marked by Wolfgang's stunning craftsmanship and impressive engineering.

All of those cues and characteristics are evident in this Wasp shape. As a signature design of Becker's, it's most notably defined by a shank that tapers into the high-set transition, resembling a wasp's pinched abdomen as the heel dips below the shank's bottom line. What's most striking and beautiful about this particular rendition is how Wolfgang has allowed the briar's grain to inform his asymmetrical shaping — in other versions, the German carver has kept the oval shank vertically upright, but here it's noticeably tilted leftward when viewed from the smoker's perspective. Such shaping aligns with the band of vertical grain that wraps the stummel, traveling lower on the left side but higher on the right, echoing the asymmetrical orientation of the shank. The grain is further highlighted by a walnut contrast stain and accented by mammoth at the shank face before giving way to a stem stylized in Wolfgang's signature fashion. 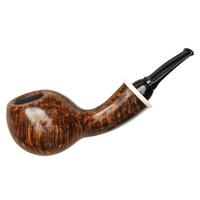 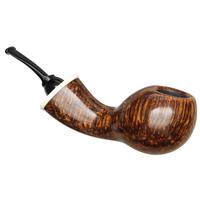 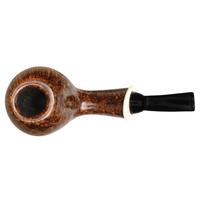 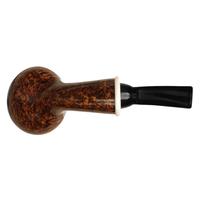 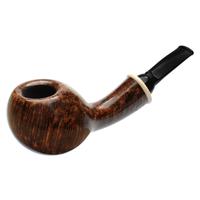 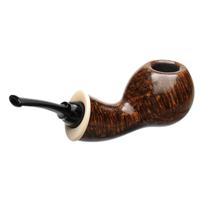 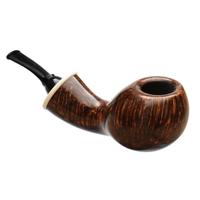 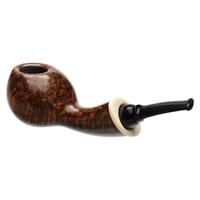