Wolfgang Becker's Wasp design is a signature shape the German artisan has been making since the late 1980s, with a broad range of variations that provide bespoke variations while keeping the same unique core elements. A forward-ebbing, asymmetric profile, lifted heel, raised transition, flaring shank, and overall organic nuance are present in each iteration. This rendition softends the transition, leaving just the slightest hint of an upward lift, and stretches the shank's flare over a longer distance than many of his shorter versions. The bowl here surges in hand, pushing just a bit more to the left than right, making me think this Wasp is banking into a gentle turn in flight.

This example has earned Wolfgang's highest Signature grade, and seems formed to exist perfectly and perpetually in hand, with a stimulating sandblast accentuating growth rings radiating up and back from the supple heel, and blasted birdseye on the shank top and entire underside giving fingerpads endless details to explore. An earthy stain amplifies the pipe's organicism, and is contrasted by an inflated ring of mammoth bone at the shank end. The shank's increased breadth, nearly escaping my notice when beheld in profile, becomes clear at the shank end, where the pale accent creates an oval with a chamfer toward the mortise.

The stem design of these Wasps is a signature of its own, always a sleek saddle configuration with a domed base. It provides the appearance of the namesake's stinger, but gently so, and here nestles into the mammoth accent to further integrate the stem into the stummel, the base's domed shaping echoing the rest of the pipe's smooth curvature. Hand-cut and funneled with minute precision, and ever so slightly bent to complete a subtle S-curve, it represents exemplary craftsmanship at its finest, and is the perfect exclamation point on this superb pipe. 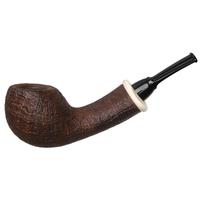 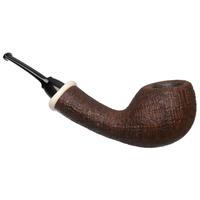 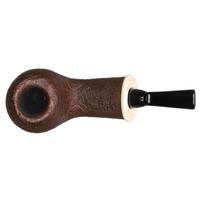 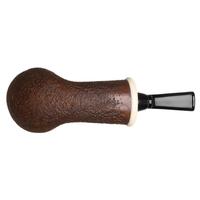 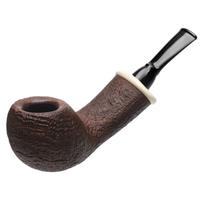 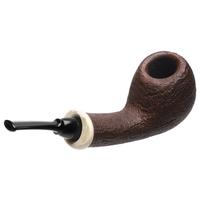 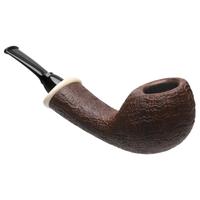 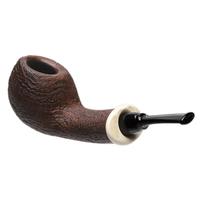 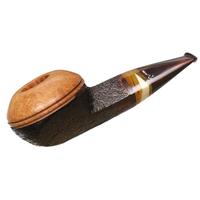 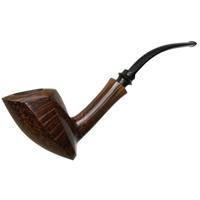 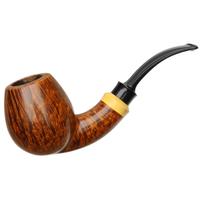