While many pipemakers come to the craft out of other, non-related careers with, perhaps, some experience in design or woodworking, Xu Hai has a slightly different story. The Chinese artisan originally made a name for himself in his homeland as one of the world's most premiere calligraphists and seal makers. With numerous degrees and countless exhibits in the field of traditional Chinese art, Xu Hai seems to have had little reason to move into artisan pipemaking. However, it was a similar, underlying current of tradition and purity that drew the Chinese artist to pipes, specifically those made by the Ivarsson, and Hai sought out Lars to be his mentor.

There are also some practical similarities between Xu Hai's previous artistic experience and that of pipemaking — foremost of which being the element of "subtracting." Like seal making, pipe carving requires taking away material to fashion the final product. It leaves little room for error; if too much briar is removed, there is no putting it back and trying again. The whole briar must be thrown out and the process started anew. In this aspect, Xu Hai has developed a keen and precise eye that has naturally served him well as a pipemaker.

Presented here is a two pipe set from the famed artisan. Not only is it the first set we've received from him, but it's also comprised of the first bamboo-adorned pieces. Each pipe is of a similar Pot shape but in different sizes — one being longer and larger, the other more compact and oval of bowl, yet both both inherently muscular and paired to hearty sections of bamboo. Both pieces boast immaculate grain and engineering, the fine tendrils of straight grain aligning beautifully with the trim lines of the bamboo. They come presented in their own case, complete with a bamboo tamper of the same style that Lars Ivarsson used to fashion — an homage to the Chinese carver's late Danish teacher — adorned in Xu Hai's calligraphic logo. 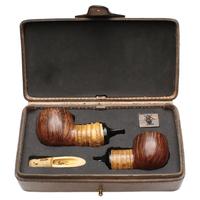 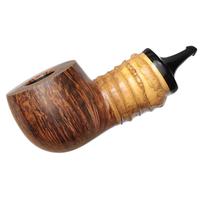 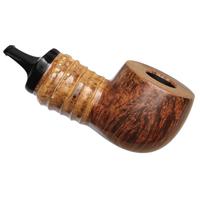 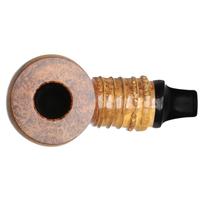 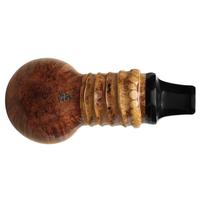 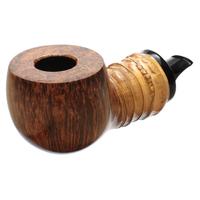 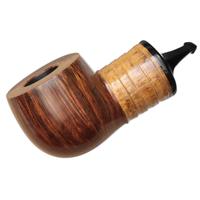 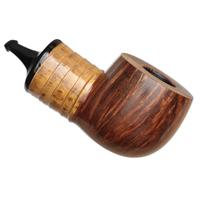 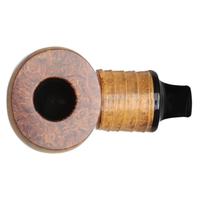 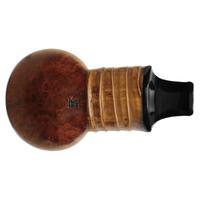 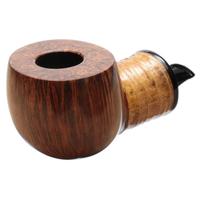 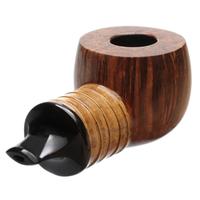 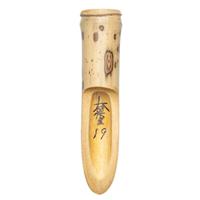 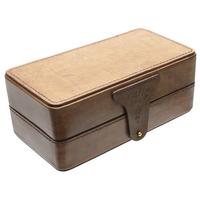 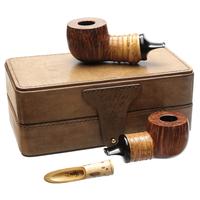