This design motif of contrasting smooth and sandblasted textures, marked by a demarcating ridgeline around the transition, is a theme often seen from American artisans and most notably hints at Lars Ivarsson's signature Cup and Ball shape. It allows carvers to imbue compositions with their own creativity and results in some truly unique pieces. Here, Taiwanese carver Yuwei Huang utilizes the aesthetic on this bent Dublin. While it measures just over five inches in length, the juxtaposition of textures makes it seems much larger than it is in reality. That said, it's still a muscular rendition with the bowl in particular being quite robust with its concave rim adding some dynamism to the profile. Said bowl is smooth and dressed in a warm walnut contrast stain while the shank has been treated to a light-depth, chocolate-stained sandblast.

Separating these two contrasting finishes is a firm ridgeline line around the transition that comes to a point at the heel, just underneath the bowl's tapered fore. The shank end is then accented by a ring of boxwood, displaying a slighter warmer color palette instead of its typically pale yellow hue. The expansion disc around the stem's base mirrors the boxwood's shaping, before terminating in a gentle downturn. It's a fascinating pipe with its contrasting elements unified by Yuwei's talent and craftsmanship. 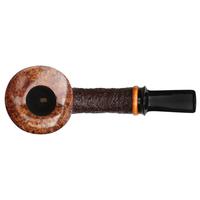 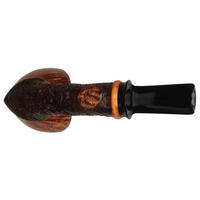 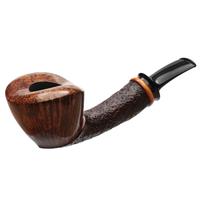 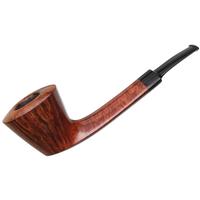 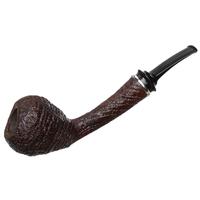 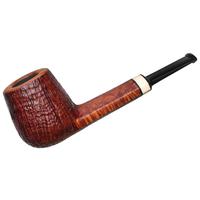