The Blowfish is an incredibly difficult design to create as it demands precise shaping and carefully considered line work. Grain orientation is also crucial to an excellent Blowfish rendition, often displaying birdseye along the shape's signature, disc-like panels while streaks of cross grain run parallel along the top and bottom of the stummel. Taiwanese carver Yuwei Huang presents a stunning interpretation with this piece, offering a rendition that's expertly shaped, displays striking grain, and highlights Huang's appreciation for organic shapes.

It's a slightly elongated iteration, with the rounded bowl urging forward effortless from the smooth transition. A subtle ridgeline emerges from the shank face, traveling along the stummel's entire underside before wrapping around the bowl's fore to join the lens-shaped rim. That ridgeline has also been used to great effect in terms of framing the mesmerizing birdseye that graces the bowl's flanks while streaks of horizontal grain run alongside the ridgeline. The grain alone makes this piece visually captivating but Yuwei made it even more eye catching by accenting the shank end with a vibrant mammoth mount that offers an array of variegated colors to attract attention anywhere this pipe is taken. 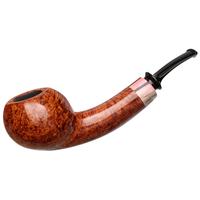 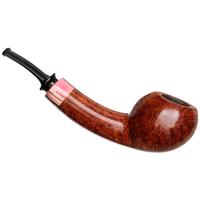 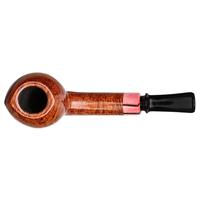 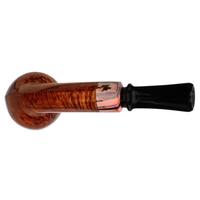 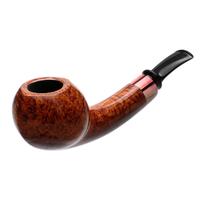