DAVID PETERS
About Me:
MKE piper. 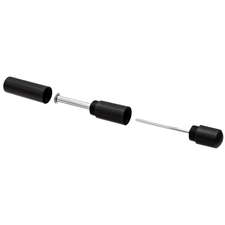 Pipe Tools & Supplies - Brigham Tamper
Small tamper but OK for travel
The tamper has a pretty small diameter which makes getting an even tamp a little putzier than usual. But otherwise this little tool works as advertised, keeping your pockets clean while on the go.

Pipe Accessories - 2 Pipe Bag Black Vinyl
Works well, just be gentle with the zipper
This little case will hold two medium-sized pipes, a small bag of tobacco, and your tools. It looks like and has enough stiffness to keep your pipes from banging into one another. The zipper on mine broke about only 5 or so excursions however. It started by failing to close on one end, and soon spread to the whole zipper. 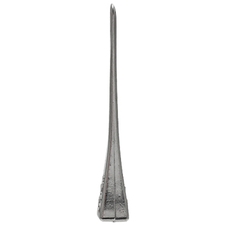 Pipe Tools & Supplies - Pipe Nail
Round Nails Work Better
This is pretty ticky tack but the square head on this pipe nail doesn't really work all that well. The round head on the "other" $1 pipe nail works better to scrape down the sides of the bowl, and additionally the narrow body of the other nail lets you tamp at a greater angle.

Pipe Tools & Supplies - Smoker's Candle Unscented
Works Better Than Expected
This candle isn't going to tackle direct smoke but it did a much better job than I expected on cleansing a room of that stale smoke smell. The candle has a light citrus aroma but is essentially unscented.

Pipe Tools & Supplies - Brigham Rock Maple Insert (8 Pack)
Effective & Unobtrusive
Even with a dry tobacco these filters soak up a lot of moisture, and if you do wind up with a gurgle they'll still accommodate a pipe cleaner. A soak in rubbing alcohol will clean them up very nicely.

Lighters - Bentley Lighter w/ Tamper (Black)
Good Lighter!
This lighter isn't much to look at but it works great. It's both reliable and economical with fuel, and its little tamper works fine too.