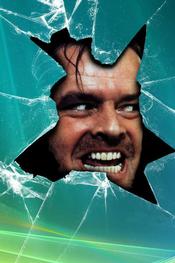 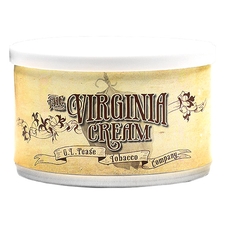 G. L. Pease - The Virginia Cream 2oz
Well, thats different!
I don't really ever smoke aromatics. I've never found one that gives me what I like about pipe smoking. They usually feel artificial to me, and don't burn well. That said, GLPease makes so many of my favorite tobaccos that I have enough faith and respect to try everything he makes, at least once. So, I can't compare this to other Aros. When I opened the tin, I thought it was doomed. It smells like, well, an aromatic! It has that big bold foodsy aroma that to ME screamed "wouldn't it be nice if I were as pleasant to smoke as I smell" Some coffees are like this for me,the beans smell like Heaven, but once ground and submitted to 200* water, it tastes nothing like that aroma. Not BAD just, not the same. This, more than maybe ANY other smoke i know, tastes JUST like it smells. I'm serious. I couldn't believe it. This is a lovely and lighter Va blend, on it's own, as a foundation for the enhancements of, as I understand, bourbon and vanilla. If the flavorings weren't there, it'd be a nice, forthright Va smoke with not much strength, and also not too little going on. Its what you'd expect from the blender you already know, the one who gave you Union Square, and Sixpence (my darling). I doesn't smell or taste like cream soda to me. It smells like "pipe store" and tastes more like Peach Cobbler a la Mode. I can't say I taste bourbon, but I think I feel it in there. I don't really smell it, but, sense it. It's all come together in a way that is almost like the added flavors are another type of leaf. Like Va/Per. This is similar but instead of Perique, its lightly sweet Vanilla liqueur. I can absolutely see someone not liking this if they pack it too tightly, or puff too fast. For example, its the opposite of Sextant in that way, which seems to love to be run fast like a sheep dog. It just gets more "itself". The Virginia Cream is a lapdog, and like the slow jam with puffing cadence, and strength. Sip at this one, and it rewards you like a nice dessert. Not mass produced birthday cake, but a lovely filled pastry. Likewise, my wife said that no matter how much she may like any smoke, they're all hard to be near while I smoke them, except this one. Not sure why, but she found it easy on the second-hand. Folks, give this one a spin. Its different. Its nice, and mellow. I tend toward heavy Balkans and English and heavy strong Va Per, but this is a welcome change of pace for me.