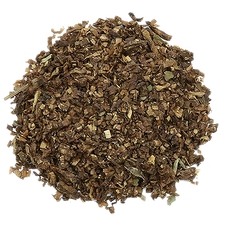 Cornell & Diehl - Crooner
10 Years After
10+ years ago, I purchased a pound of Crooner directly from Cornell & Diehl. Back then, Craig Tarler was still handling phone calls at C&D personally. Upon receiving that bulk pound, I discovered large cubes of nut brown Burley (all uniform in color) that were accompanied by light green flecks of Deertongue. Those were the days. It took practice getting a pipeful of Crooner properly packed; simply loading the bowl full of cubes was foolhardy. But in time, I discovered that placing a few whole cubes at the bottom and packing the remaining two-thirds of the bowl with the mixture well rubbed- I discovered that Crooner rewarded the effort with a pleasant smoke that was spicy, but burned consistently and resisted clogging, due to the whole cubes placed at the bottom. Unfortunately, the consistency of the Crooner is no longer what it once was (or at least what I received was a far cry from the old Crooner.) If you’re not familiar with what cubed Burley looks like, I would have told you (years ago) to go to your local drug store and pick up a bag of “Half & Half.” Despite what the description of Crooner might lead one to believe, it is no longer what I would call “cubed” or even cube-cut for that matter. The 8 ounces of bulk Crooner I received for my birthday was what I’d call “granulated” at best. It’s still flavorful and exotic (due to the Deertongue) but it’s no longer capable of providing the same experience because there are no cubes of Burley left to speak of. If you’re a fan of Burley and find yourself fascinated by Deertongue in tobacco blends, it’s still a must-have. But if, like me, your last batch came from the hands of Mr. Tarler himself- you’re in for a shock. All I can say is- smoke slowly, pack your pipe lightly and tamp carefully or else...