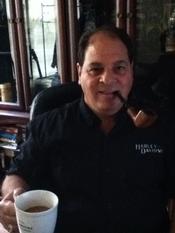 PAULIEPIPES
About Me:
I have been a pipe smoker on and off for 30 years, mostly off. When I was in my 20’s, I would visit a pipe maker in Bay Ridge Brooklyn by the name of Dominic Cazzetta. I knew him as Don because he sold his pipes under the name Don-Lou. I would visit him and smoke a bowl of tobacco with him. If I remember correctly, he smoked a #5 or #6 blend that he blended. I would always look to buy a new pipe, one that I could afford. He had many beautiful pipes made from exotic woods such as Oregon Oak, Indian Paduke, Rosewood, and several others. Don would say the oak wood gave a spicy note to your smoke while the Indian Paduke gave your smoke a subtle sweetness. I learned all I know about pipe smoking from him including packing a pipe the correct way and taking care of my pipes. He never used varnishes on his pipes because he said that made the pipes hot. He would say all I needed to do was rube the pipe whit my thumb to keep it clean. I or my wife bought most of my pipes from him, many of which are shown in my images area. Happy smoking!

McClelland - Special: Holiday Spirit 50g
Getting more
I popped open my tin of Holiday Spirit on Christmas Eve and filled an awesome new pipe gifted to me from my wife made by Tom Leedy (see my profile for pics). The tin aroma has nice rum scent. The rum brings a sweet taste and I detect the cocoa in the flavor as well. The smoke was mild and smooth without any bite whatsoever. The room note was perfectly delicious and everyone around me thoroughly enjoyed me smoking it. This was fantastic because it allowed me to light it up all week with no complaints. Today is New Years (Happy New Years!) and I will celebrate by buying more tins to enjoy for the future now that there is almost none left. 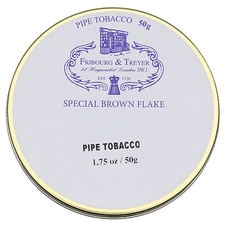 Fribourg & Treyer - Special Brown Flake 50g
RUM-pa-pum-pum
I am a rum flavor fan. I have tried Cornell & Diehl’s After Hours, Garwith Hoggart's Rum Flake, and now (drum roll please) Fribourg & Treyer's Special Brown Flake. I like them all; however, F & T stands out on top in my opinion. There is a good rum flavor, slight sweetness on the tip of the tong, and a smooth all the way through smoking experience. In comparison to the others, I would say there is a slight tong bite with each of the others that occurs during the smoke. It reminds you to slow down a little. They both have nice rum aroma but F & T has the most rum taste. If there is any downside the F & T's Special Brown Flake is that it is al little fast burning and it won't be around much longer. I wish it came in bulk. I would buy it by the pound! If you like rum, this is a must try. 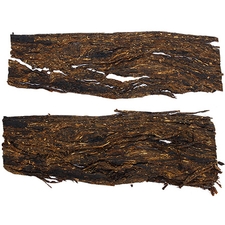 Gawith Hoggarth & Co. - Bob's Chocolate Flake
My go to ...
I purchased this after reading reviews and looking for a chocolate tobacco. This tobacco contains just enough latakia to add a tad bit smokiness. The dark semi-sweey chocolate lasts by tempered smoking, meaning a slight draw and puff. I was surprised that most people say it smells good. That made me happy. It has a little nicotine kick but not too bad. This is one of my go to tobaccos that always satisfies me.