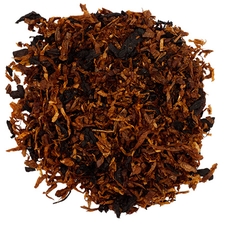 Sutliff - Frosty Mint
The Dentyne Ice of tobacco that will Ghost forever
Holy [email protected]$t….this stuff is…..interesting. When this package had arrived I could smell mint through the box. I quickly opened it and separated out this stuff from the others. I could actually smell mint in the bags of the other tobaccos. I’ve been a menthol cigarette smoker for years so I figured maybe this stuff would give me that slight menthol taste in pipe tobacco. Made the mistake of packing up a full one of this stuff. Didn’t even make it through 1/4 bowl before I dumped it. It’s like smoking straight Vicks vapor rub. Not only that but it ghosted the pipe so bad that everything after tasted like it. Luckily I make pipes so I threw the pipe on the drill press and re drilled out the bowl a little larger to get rid of its remnants and started anew. Only thing I can say kinda good is before I did that I took like 4 strands, yes only 4 strands of tobacco and mixed it into a vanilla aro and it was like a minty vanilla. I won’t be using this stuff again unless I dedicate a pipe to just this tobacco. 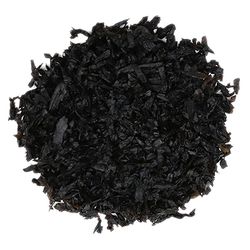 Cornell & Diehl - Green River Vanilla
Is this tobacco or melted black sugar?
Not sure about this one. When I got it I tried to pack one after letting it sit out for an hour. Slow burnt 1/4 bowl and it started turning to a gloopy mess. Doesn’t taste bad, but had a hell of a bite from the thick casing. Stuffed it away for later, think it’s been sitting for 4 months now so I’ll check back in another two, to see if it’s any better and will update this review if I remember. 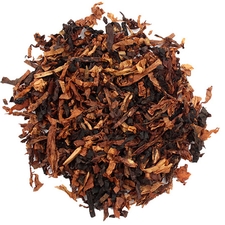 Peter Stokkebye - PS24 Nougat
This should be called Nougat Delite
I’m not really a “review” type of person. I read them but never really leave them. This tobacco keeps getting better each time I pack one up. The bulk I got was perfect moisture, burns clean and smooth with no bite what so ever. To the taste. Slow sipping to the French inhale up the nostrils to hit all the senses, it’s like a light vanilla marshmallow with a slight hint of chocolate. But unlike other aros I’ve tried, this one is not overdone. Can still taste all of the tobacco in combination with the flavor. My second to this one is American Delite which is also a light aro. was outside 8AM sitting in the sun coming over the trees, cool wind blowing and man this nougat hits the spot. Will most definitely be getting more. To non Aro guys, give this one a shot. I also like English blends and other non aros but this is too good not to try.