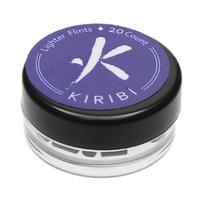 Lighters - Kiribi Lighter Flints
Best flints ever
Great for Kiribi lighters, but I have to tell you, work even better on a Zippo. I needed a flint for my Zippo pipe lighter but had none on hand so I used one of these instead. These are really hard flints and last much longer than the Zippo or Ronson flints...I won't use anything else in any of my lighters. 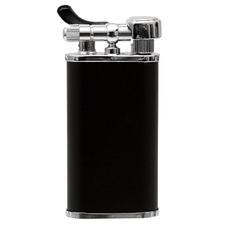 Lighters - Kiribi Kabuto Black Matte
Can't say enough good
Some 40+ years ago I had a couple of bad experiences with a brand of refillable lighters that turned into a couple of expensive paperweights, The reviews here convinced me to give this one a try...I'm glad I did. The thing that convinced me besides the reviews was the Kabuto piece, as it has a different look from the basic old style design and I found it to be more natural in deployment with a downward flick of the thumb. The other thing that made this lighter attractive was the price...all the same features of the more similar and more expensive lighters. BONUS. Liked it so much ordered another in brushed chrome for my other pipe bag. 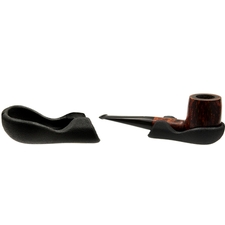 Stands & Pouches - Pipe Rest for Car
OK with modification
The adhesive is WEAK and will not stick to a grained dash. I replaced the strip with wider adhesive backed velcro strips and am satisfied with the results. As noted by other reviews, this is suitable for straights or slightly bent pipes and holds them securely, but since those are the pipes I smoke when driving, this rest fits my needs and will not mar the pipes. 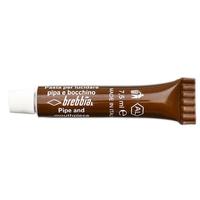 Cleaners & Cleaning Supplies - Brebbia Stem Polish (7.5 ml)
Not as good as advertised
It will do the job on fairly unoxidized stems, but is inadequate for "particularly bad stems" even with a buffing wheel after two applications...not worth the money 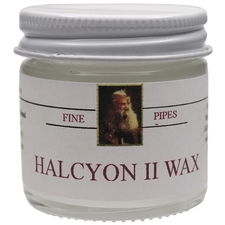 Cleaners & Cleaning Supplies - Halcyon II Wax 1oz
Wow !
Just WOW!. Most of the pipes I own are in excess of 40 years old and over the years, some of them have taken a beating as I mostly worked in the elements and can honestly say that I haven't always taken the best of care of them especially the cosmetics. I decided to give this wax a try in an attempt to restore some of the luster. I can honestly say this is the best wax I've ever run across. Easy to apply, drys quick and polishes beautifully...all my old friends look new again...well, except for the nicks, bumps and scars one might expect from years of use in sometimes unfriendly environments. 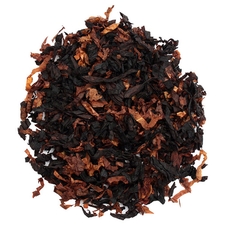 Mac Baren - 7 Seas Regular
This is the one!
Though I always read the reviews for products I'm not familiar with, I rarely write a review, especially for pipe tobaccos as everyone has their own tastes, preferences and opinions. Over the last 40 years I've tried so many different tobaccos that I've lost count searching for that ONE blend that surpasses all others, one that becomes an every day smoke and can be an all day smoke...admit it, we all do. I like many aromatics, mostly because my wife can tolerate them without whining about the smell, but finding one that tastes good, burns well, doesn't bite, and doesn't offend any non-smokers (except the militant ones, and there's no pleasing those) can be a chore. Try this one. Best part...the aftertaste...fantastic.