One of Samuel Gawith's oldest blends, Commonwealth is an English blend composed entirely of Virginias and Latakia, foregoing the use of Orientals in many other English mixtures. It makes for a bold, full-bodied smoking experience with just the right amount of spice and sweetness. 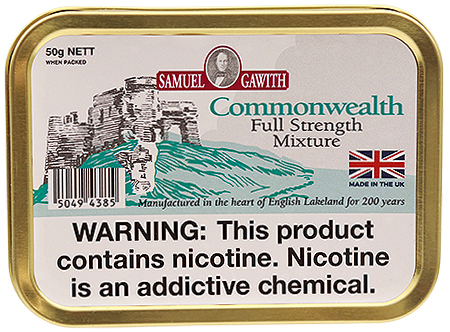