A Closer Look At Peterson's Sherlock Holmes Pipes: An Infographic 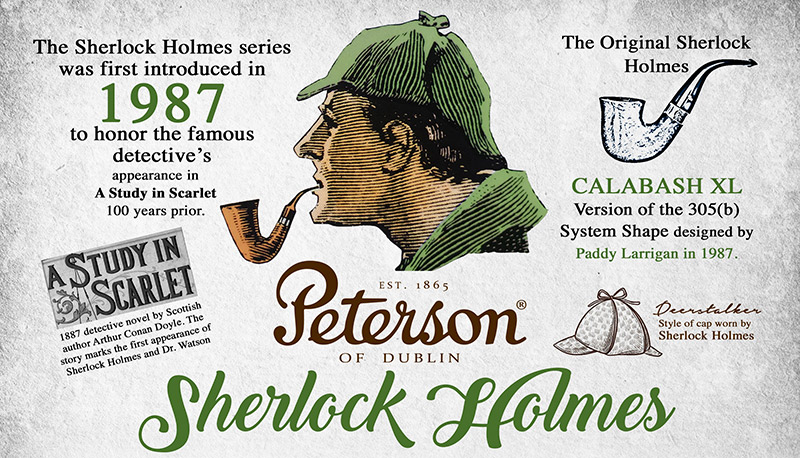 In 1987, Peterson released a special commemorative pipe to celebrate the 100th anniversary of A Study in Scarlet, Sir Arthur Conan Doyles' first novel in the Sherlock Holmes universe, originally published in the November 1887 issue of Beeton's Christmas Annual. The pipe took the form of a tubular, almost trumpeting Calabash shape: an XL version of the 305(b) System first designed by Paddy Larrigan. That design, known today as the Original (XL11), became the first entry in a project that would span over two decades.

Before his retirement, Larrigan went on to create the prototypes for each of the seven shapes in the Original Sherlock Holmes Collection, released between 1989 and 1991, all of which were inspired by people, places, or important artifacts from Doyle's stories. Continuing with that theme, Peterson followed those first Sherlock Holmes designs with The Return of Sherlock Holmes line (1992-1997), ushering in an additional seven original shapes, as well as The Adventures of Sherlock Holmes series (2011), which added an additional four signature models.

Collectively these 18 pieces would comprise one of the Irish marque's most popular and sought after series, one still produced today in a variety of finishes, all banded with sterling silver and stamped with the series' logo, itself inspired by a silhouette of Basil Rathbone with a 4AB System clenched between his teeth. For more information on the Sherlock Holmes line, see the detailed infographic below, complete with a short description of each shape, as well as some important "pipe spotting" dates from the Sherlock Holmes film canon. Or for a deeper dive, consult Mark Irwin's and Gary Malmberg's fantastic book, The Peterson Pipe: The Story of Kapp & Peterson. The duo's knowledge of all things Peterson is far from "elementary."

Which Sherlock Holmes shape is your favorite? Anyone have Sherlock collections? Feel free to share your thoughts and experiences in the comments section below. 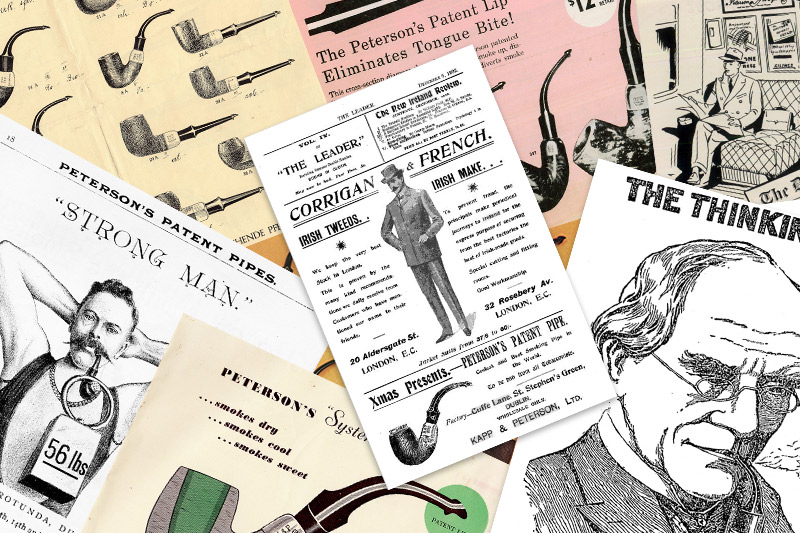 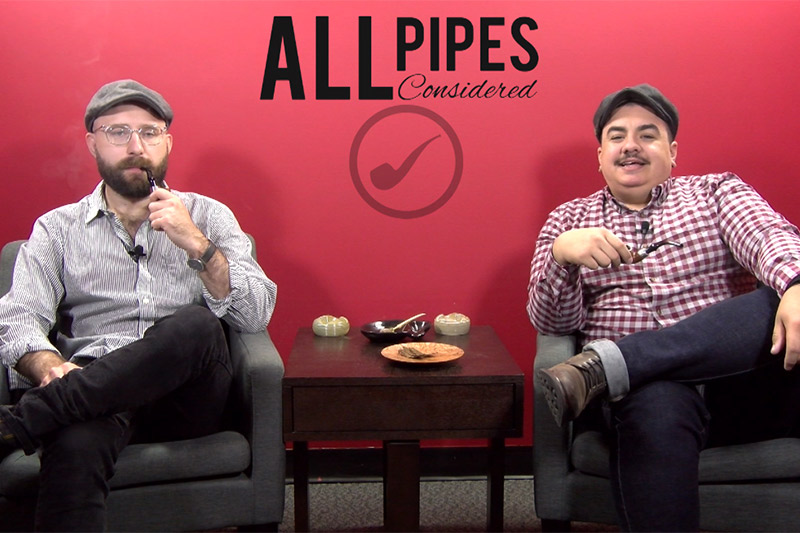 All Pipes Considered: How To Pack & Clean Your Peterson System Pipe 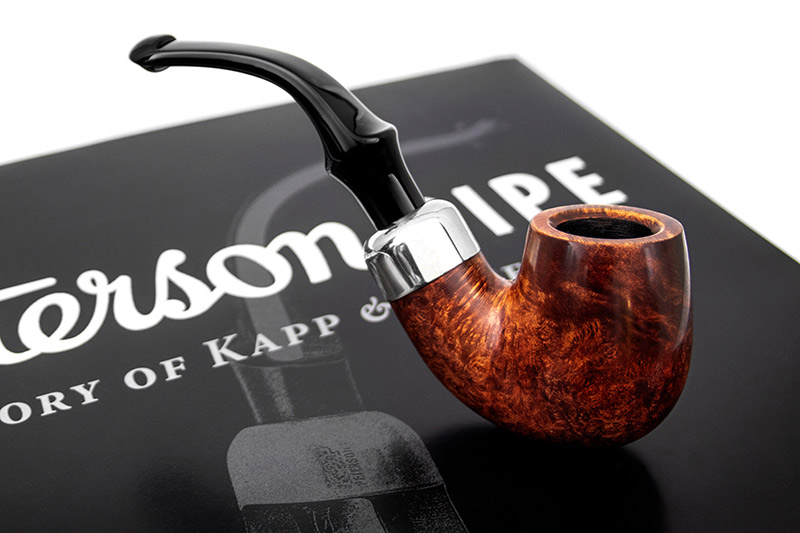