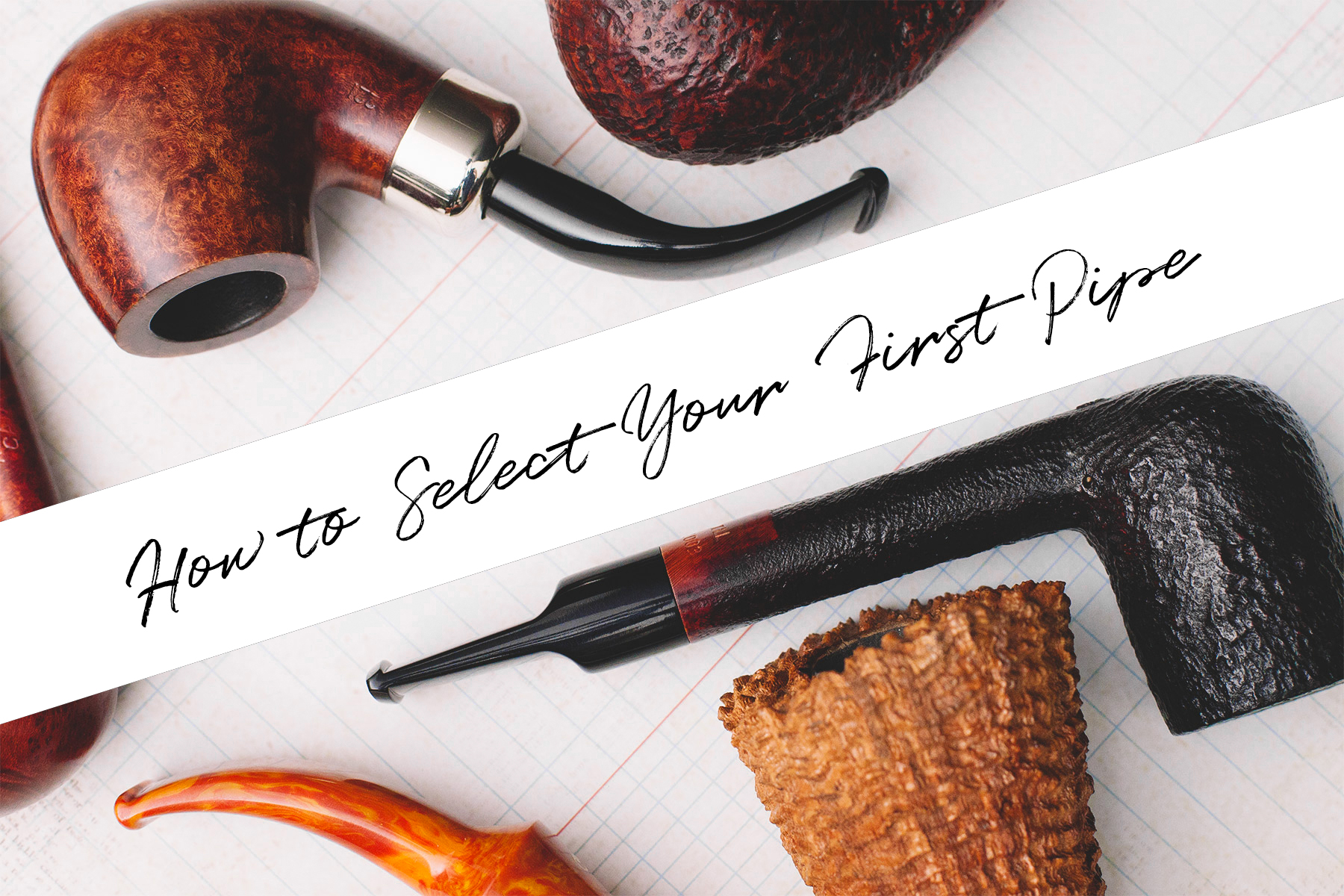 Many current pipe smokers started abruptly, finding themselves one day exploring the possibility of pipe smoking without a clear reason. Perhaps we observed the contentment and appreciation experienced by a pipe smoker in our own lives or in novels or films and wanted to experience that satisfaction for ourselves. Whatever the reasons, subconscious or overt, we became curious and started investigating.

Buying a pipe is intimidating when we start this journey: so many shapes, materials, sizes; vulcanite or acrylic mouthpieces; pipes with and without filters, with and without systems to reduce moisture; smooth, sandblasted, rusticated, and carved finishes — each manifested in complex sculptural shapes or those more traditionally inclined. Without a frame of reference to help us judge, the choices can become exhausting. That may be why you're here: to maximize the likelihood of success, either because you've not yet tried pipe smoking or have found that it isn't working out.

Pipes last forever if properly smoked and maintained. The first pipe you buy may still be in your collection 40 years from now, though it's likely that your tastes will change over time and you'll sell that pipe to help fund a new one. Part of the fun of pipes is branching out, trying new tobaccos and pipes, and modifying pipe collections.

As for the collecting aspect, one needn't accumulate dozens of pipes, though it's often difficult to avoid as pipes become more personally important. A collection can be two pipes or 500. After finding whether or not pipes are something you want to pursue, a rotation of at least a couple of pipes will help you appreciate your tobacco more because pipes smoke better when they're given a rest, though lots of folks smoke the same pipe all day long.

Still, moisture accumulates in a pipe as a natural result of combustion. As the tobacco is transformed into smoke, its water content has to go somewhere, and much of it is absorbed by the pipe, so it makes sense to let that pipe dry for a day or so after it's smoked. Multiple pipes are not essential, especially at the beginning stages when it's unlikely that a pipe will be asked to perform multiple back-to-back smokes, but it's something to keep in mind for the future. One pipe, however, will suffice until one knows if smoking is appealing.

You and your pipe are partners. Neither of you can do the job alone, so compatibility is key. Just as you wouldn't buy clothing that doesn't fit your style in color or practicability, you would be best served in not buying a pipe that mismatches your tastes and personality.

The Standards that Every Pipe Should Fulfill

For a particular pipe to be a good option, four categories should be considered: Aesthetic, Mechanical, Financial, and Metaphysical. These four pillars of pipe selection will help narrow the choices in every pipe purchase, providing the knowledge and confidence to select a well-made pipe that is appealing, affordable, that will provide decades of smoking enjoyment, and that fulfills expectations for a long-term companion. 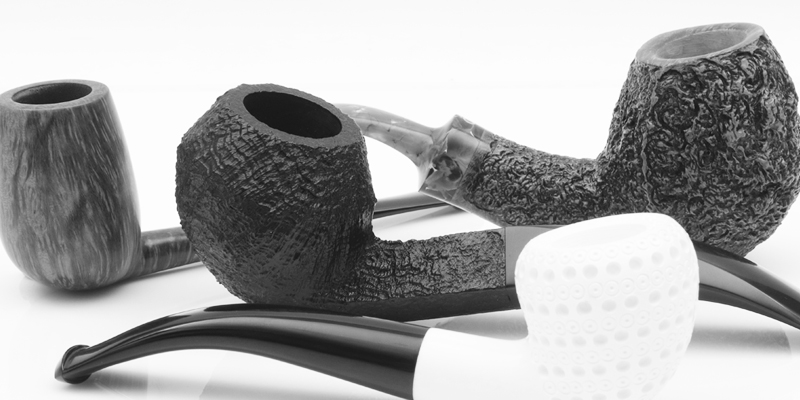 A pipe should resonate with your personal sense of style. Everyone is attracted to different artistic aspects of art, film, literature, and every other creative pursuit, including pipes. What other people like is immaterial. A pipe is something to build a relationship with, and that is not possible if its style fails to meet your personal preferences. Maybe it seemed okay at first, and its inadequate style was superseded by great engineering, a well-known maker, and a bargain price. Even with all of that in its favor, you're unlikely to enjoy that pipe to its potential if you simply don't like its proportions or finish or shape. Be sure that any pipe you purchase is attractive to you personally.

So, the first rule is: Buy pipes you like. That may seem over-intuitive but it's an essential tenet. Still, when you're new to pipe smoking, you may not be entirely sure of what types of pipes suit you best or excite you most; that comes with a little more experience. The best advice in that case is to look at pipes — lots of pipes. Take every opportunity to check out interesting selections. Look at all of the different pipe styles. Inevitably, a particular pipe will fill you with infatuation and, despite being nonverbal, it will tell you in no uncertain terms that you need it in your collection. When this personal conversation materializes, be prepared to move on to the next aspect of pipe buying: the physical inspection. 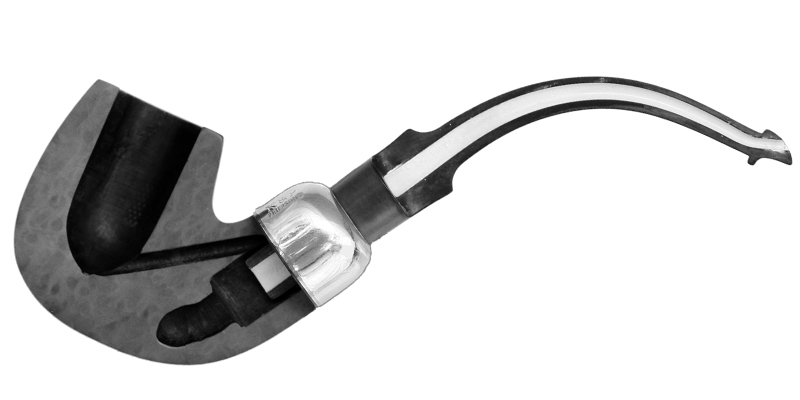 The pipe must be constructed in such a manner as to bring you pleasure from smoking it. Otherwise, there is no point. It must not have design flaws that cause it to be impossible to keep clean, lit, or even together. Its airflow must be unimpeded by misalignment of mortise and tenon or a poorly fitting stem. The question, especially for beginning pipe smokers, is how to identify a well-made pipe. It's best to arm yourself with the knowledge to recognize the difference between a well-made pipe and a poorly made pipe. A good starting point is to know what to avoid.

The presence of any one of the following negative aspects should not be a cause for great concern, depending on the price; however, a pipe that has more than a few of these elements may be one to disregard.

Being aware of negative aspects is imperative, but it's also necessary to recognize the factors that contribute to high performance:

The good news is that here at Smokingpipes, we inspect every individual pipe for all of these potential issues and are available on the phone or via email to answer questions and confirm the characteristics of any pipe. So another consideration when buying a pipe is to do so through a reputable shop where bad pipes are not tolerated. 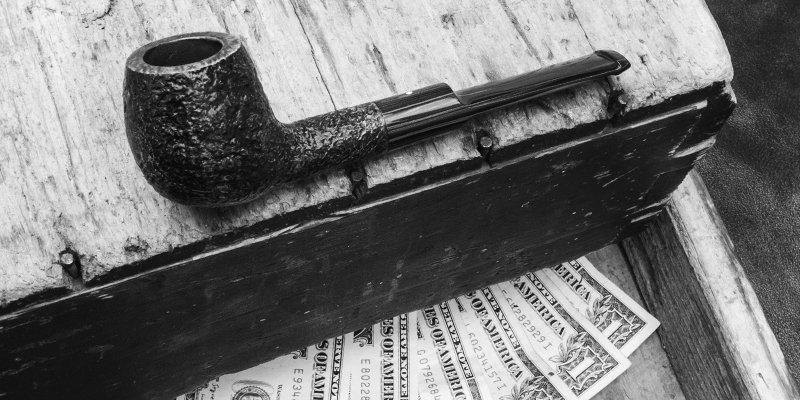 Buy the best that you can justify. This is the basic financial rule of pipe purchasing, and of almost any other purchase. Pipes are available in a vast range of prices, from under $20.00 to well into the $1,000s, with plenty of well-made pipes in each price category. You should strive for the greatest value/price ratio. The reason this is the final consideration is that pipes are not cheap or expensive; they are either good smokers, or bad smokers, and without careful consideration of the aesthetics and mechanics, a cheap pipe and an expensive pipe are equally likely to be a good smoking instrument or a deficient one.

It isn't entirely dependent on great construction; the briar itself has a large impact on how well a pipe will smoke, and two pipes made from the same block of wood can have very different smoking characteristics. A well-made, well-engineered, carefully finished pipe has a higher likelihood of smoking well because every element has been completed to maximize the potential of that pipe. But even cheaply made pipes can be great smokers if the briar is right.

That's why many smokers have favorite pipe makers: They know that, for example, with a particular brand they have a 90 percent chance of a great pipe whereas another brand that is cheaply made may provide only a 40 percent chance. And much of that is dependent on the individual, the way they load a bowl, their preferred moisture level for their tobacco, the tobacco cut, and the pressure employed in tamping the tobacco. There are many confounding factors, but it will all become second nature quite quickly. 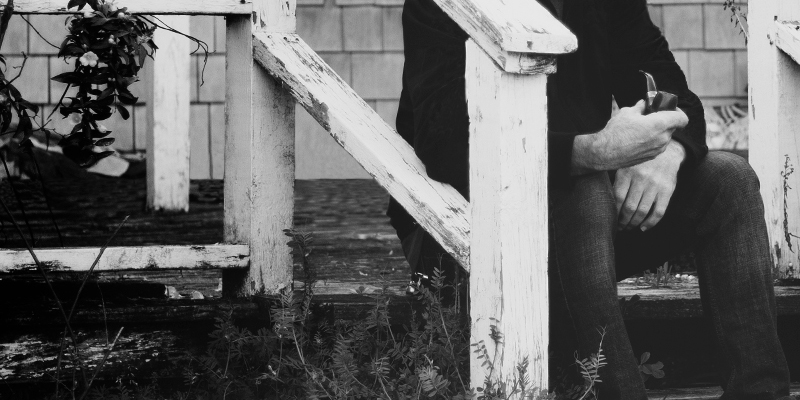 The non-material aspects of pipe smoking may be the most important to consider. It sounds strange to claim that a pipe can be a friend and companion, but as years pass and hundreds of bowls have been smoked under every conceivable circumstance, a pipe becomes part of the landscape of one's life. Through tough times and great times, a pipe accompanies us.

A pipe brings with it stress relief and the time to think. Enveloped in wreathes of pipe smoke, one almost feels as though the rest of the world is walled off. A pipe brings with it a protective insulation from the high and sharp points of daily living. It offers comfort when most needed, and enhances those times that are celebratory. A pipe can become an extension of ourselves.

That's why it's important to choose carefully when purchasing a pipe. Insignificant flaws are easily overlooked in a friend who has been there through it all, but, as with people, major flaws indicate a pipe that may never become a friend.

Pipes can offer a contentment that is rare in this modern world. Just as you choose your friends with care, choose your pipes knowing that you're building a relationship. Some will fail you and you'll let them go, but we all want that greatest of friends, and each pipe we consider has the potential to be that lifelong confidant.

If you've been in a pipe shop while someone is purchasing a new pipe and wondered why it may be taking such a long time, perhaps it's more clear now. Pipe smokers have a number of factors to consider in a new purchase aside from the beauty of a pipe. Now, when it's your turn, you'll have a better idea of what to look for, what to avoid, and how to maximize the potential and value of every pipe you consider in the future. 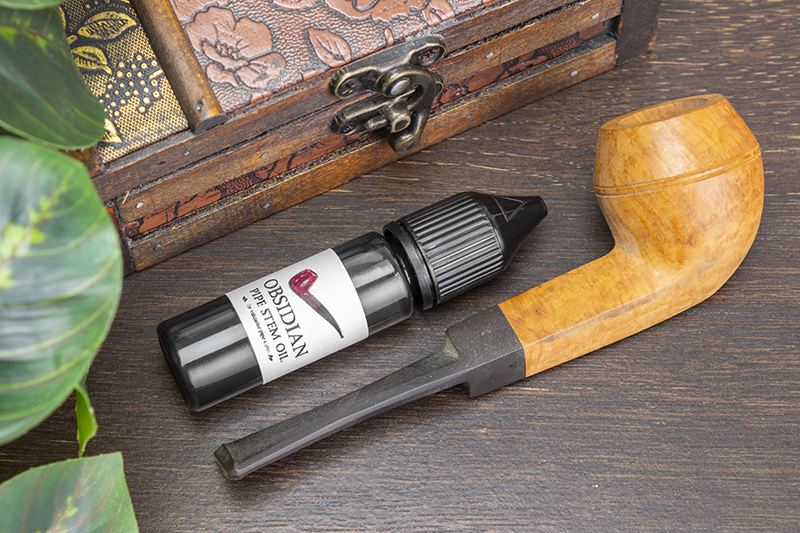 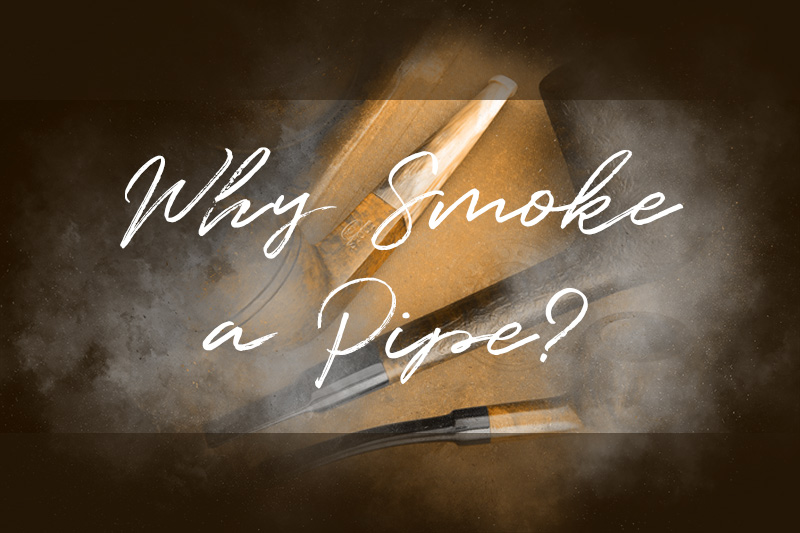 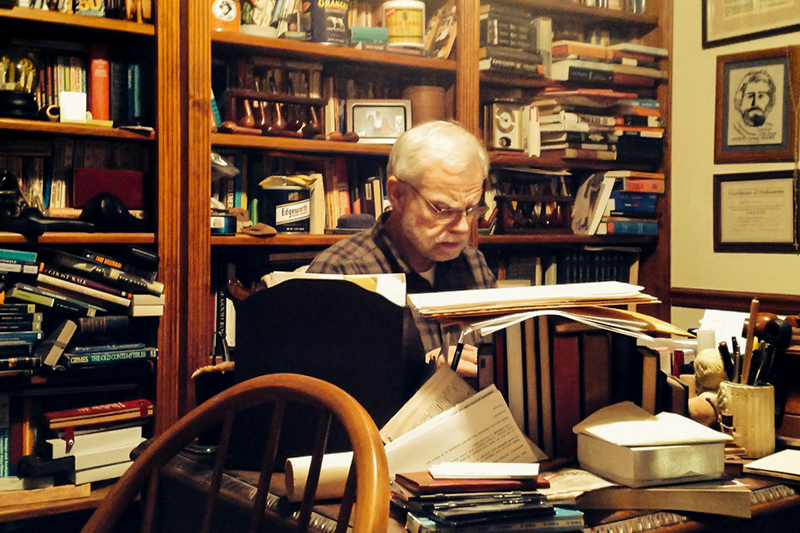 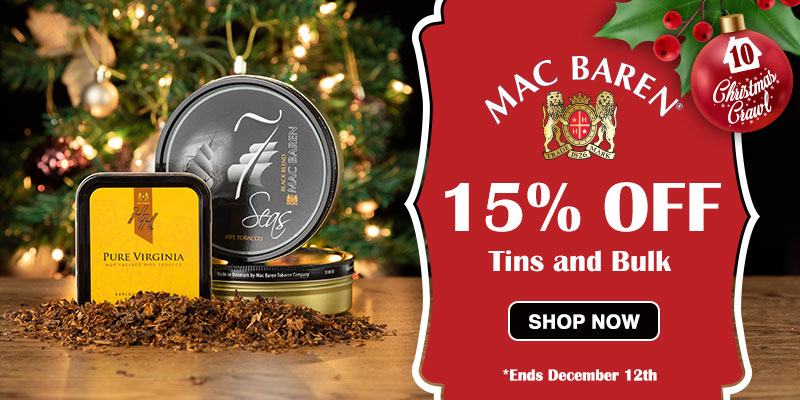 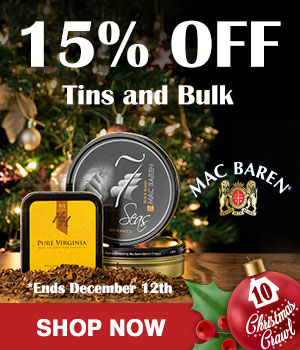 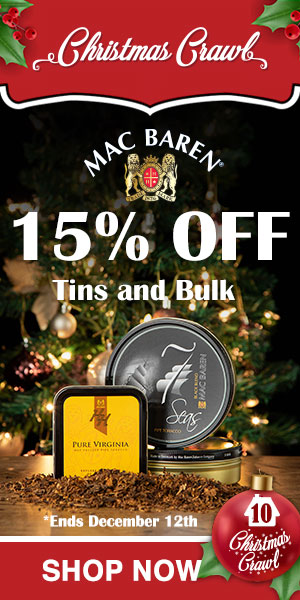