December 23, 2021 by Chuck Stanion in Makers and Artists 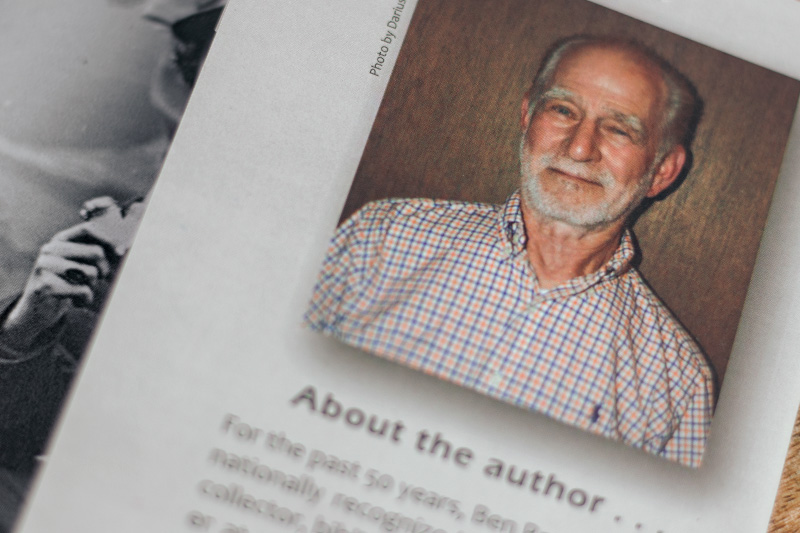 For 50 years, Ben Rapaport has contributed impressively to the literature of pipe smoking and has collected pipes since 1959. He's the author of nine books and countless articles, and a collector of antique pipes, as well as a purveyor of tobacco-related books and ephemera. He's also delivered a multitude of seminars, including for the opening of museums and at the Chicago pipe show. He's advised auction houses and museums around the world. When there's a question about antique tobacciana or literature, Ben is the apex source and perhaps the most prolific champion of pipes and pipe smoking that our hobby has seen. His contributions work behind the scenes and he is largely unrecognized by most, but his expertise has been globally acknowledged by experts in the field of antique pipes.

In 1985, he was inducted into the International Academy of the Pipe; in 1989, he became a member of Confrérie des Maîtres-Pipiers de Saint-Claude; in 2004, he was conferred the prestigious Doctor of Pipes honorary degree by the Chicagoland Pipe Collectors. For the past 10 years or so, he's been saying that he's going to stop writing about pipes, but he's not been able to. He keeps finding subject matter that ignites his passions and he can't help himself. He keeps writing, keeps researching, and keeps contributing to the pipe-smoking community.

This year has brought his ninth book, An Intimate History of the Tobacco Industry, 1850-1920: From the Briar Pipe of Saint-Claude to the Cigarette in the Trenches of World War One. It combines his decades of research experience and writing acumen for a detailed look at that intense time period for tobacco. Anyone interested in the history of yesterday's tobaccos and pipes, particularly in the U.S. and Great Britain, will be infatuated with the complex information that he has so meticulously gathered and compiled.

He doesn't consider his first book, A Tobacco Source Book, as something terribly important. "It was just a bunch of information that I had collected over the years," he says, "about where to buy antique pipes and information about the few books that I listed. And that was the extent of my knowledge then."

But in 1979, when he retired from the Army, his interests evolved dramatically and he published A Complete Guide to Collecting Antique Pipes, perhaps his most well-known publication.

"There was a small company in Pennsylvania called Schiffer Publishing," Says Ben, "which is still alive and well, larger today than it was then. They contacted me and asked, 'To the best of your knowledge, has there ever been a book written about antique pipes?' I said, 'Not to my knowledge.' They replied, 'Okay, let's do it.' They came to my house in Virginia and took pictures of all of my collection, and I had some black and white pictures of other people's pipes. And my wife and I put the book together on a manual typewriter. I did the talking, she did the typing, and we sent the manuscript off."

He liked the process and started thinking, "What else can I write? I wanted to fill more voids about the whole history of tobacco and pipes." 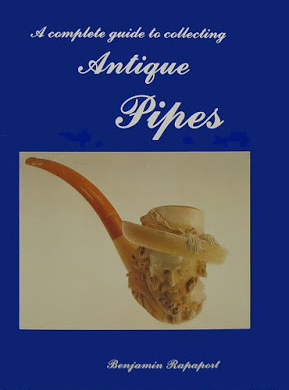 He was already well educated in writing, having attended the one of the oldest high schools in the country, Boston Public Latin, established in 1635. It provided a focused classical education. "No courses on automotive repair or welding, no economics, no philosophy. It was two languages chosen from Latin, English, French, German, and Greek. You were obliged to learn those languages and chemistry, physics, and a couple of other classical courses. I started in the ninth grade. It was amusing to me that they gave out numerical rates, not alphabetical grades. I graduated with a cumulative of 92.5 and was in the lower third of the graduating class." From there he went on to earn a master's degree in International Business.

Ben started smoking at an early age. "My parents owned a mom-and-pop grocery store in Boston. I worked there after school, and I could reach out and get a package of cigarettes for free. Both my mother and father smoked, so they had no problem with me smoking. I started at 14, but right down the street was a store called David P. Ehrlich. Much has been written about David Ehrlich. He had some antique pipes on display but I bought only modern briars and smoked pipe tobacco then, the first of them from right there."

He smoked pipes through college and in the Army, and after he'd traveled around the world a couple of times and seen a wide variety of pipes, he started to become curious. "I thought, 'gee, that's an interesting hobby.' It was an easy transition from pipe smoker to pipe collector."

"It was an easy transition from pipe smoker to pipe collector"

Antique pipes started to interest Ben while he was in Germany during the Berlin Wall Crisis. "I had some free time and went to a few antique stores to pass that time. I started buying antique pipes, and the collection just started to broaden and expand and enlarge. And then I started making contact with other collectors around the world and visited them after I retired, and I got smarter and saw more, bought more. The collection started to become large, almost unwieldy. Now I'm shrinking that collection and getting rid of them because my son isn't a pipe smoker. I don't want the collection to burden my wife when I pass."

The idea for his new book originated with the Peter Jackson film, They Shall Not Grow Old. "In that movie," he says, "Jackson colorized black-and-white film from the First World War. There were all of these soldiers in the trenches, smoking pipes and occasionally cigarettes and cigars. That was interesting." 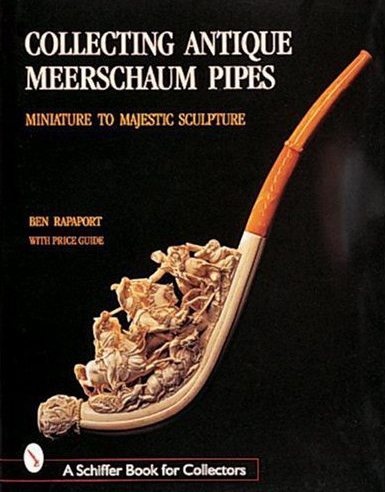 He started digging, did research, and contacted a few museums until he was able to describe where these WWI soldiers got their tobacco. "So I started building on that basis. And the result of that is this book. I trace the path from previous pipe mediums to the primary use of briar and explain the evolution of the U.S. tobacco industry and the British tobacco industry. I didn't focus much on the French or the Canadians but transitioned into the second part of the book, which is about soldiers and smoking. That's why I ended it in 1920, rather than bringing it into World War II, because I said the inspiration was Peter Jackson's movie, which is not really a movie. It's a documentary film."

The first part of the book involves an explanation of tobacco companies. "I also do some name-dropping about Dunhill and other companies and talk about tobacco funds, which were established to generate money to buy tobacco products for soldiers overseas. The Brits did it and the Americans did it. The French didn't do so much. The Canadians and New Zealanders did some."

As far as tobacco books are concerned, even professionals tend not to have them or even acknowledge their importance. Ben has worked with antique houses in Great Britain, for example, because he is so well known as an expert. "They send me a picture of a pipe now and then and ask, 'What is this thing?' And I say, 'Don't you have any books in your reference library?' They have books on china and jewelry, guns and coins, but no books on pipes." It's unfortunate because mistakes are made and items are misidentified when a few reference books could solve everything. 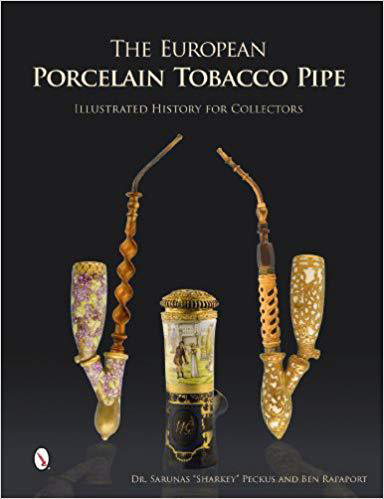 For someone who loves books the way Ben does, it's hard to understand the resistance to the wealth of information provided in books. He's provided rare tobacco books to his own newsletter recipients for decades. Called Antiquarian Tobacciana, it was an email letter with commentary from Ben, news on antique auctions and sales, and developments in the antique community. Each issue listed titles available, and some very interesting titles they were, such as Books, Manuscripts and Drawings Relating to Tobacco from the Collection of George Arents, Jr. (1938), Tobacco in Song and Story (1896), Tobacco: Its History, Varieties, Culture, Manufacture and Commerce (1875), The Bryant and May Museum of Fire-Making Appliances. Catalogue of the Exhibits (1926), Supplement (1928), A History of Smoking (1931), and The Book of Pipes and Tobacco (1974) by Carl Ehwa, an excellent book that every pipe smoker should own and one that's particularly difficult to find.

This is but a random sampling and it's doubtful that there's a more comprehensive collection anywhere. Ben undoubtedly knows more about the publication of tobacco titles and their history than most could imagine; he's been studying the subject and been intimately involved with the industry longer than most of us have been alive.

Ben no longer maintains the regular distribution of Antiquarian Tobacciana. Most of us find our information online these days, and the internet is certainly convenient, but it's sobering to realize the enormous resources available through books that will likely never be downloadable or viewable through a website, especially regarding antiques.

There is wisdom in books, and Ben Rapaport has followed that wisdom and shared it worldwide, in the process garnering the appreciation of thousands and reaping awards from every corner of the pipe world. He's contributed more than we can fathom and understands the history of tobacciana beyond the dreams of most. "There are books out there that I bet you don't even know exist. Most people don't, but I've been following this field for almost 70 years." Even so, he doesn't slow down. He keeps working, sharing knowledge, and elevating our community. 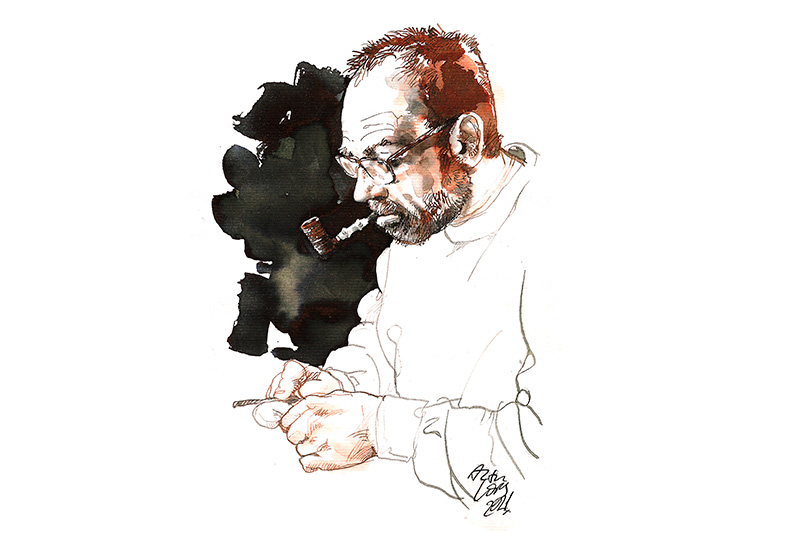 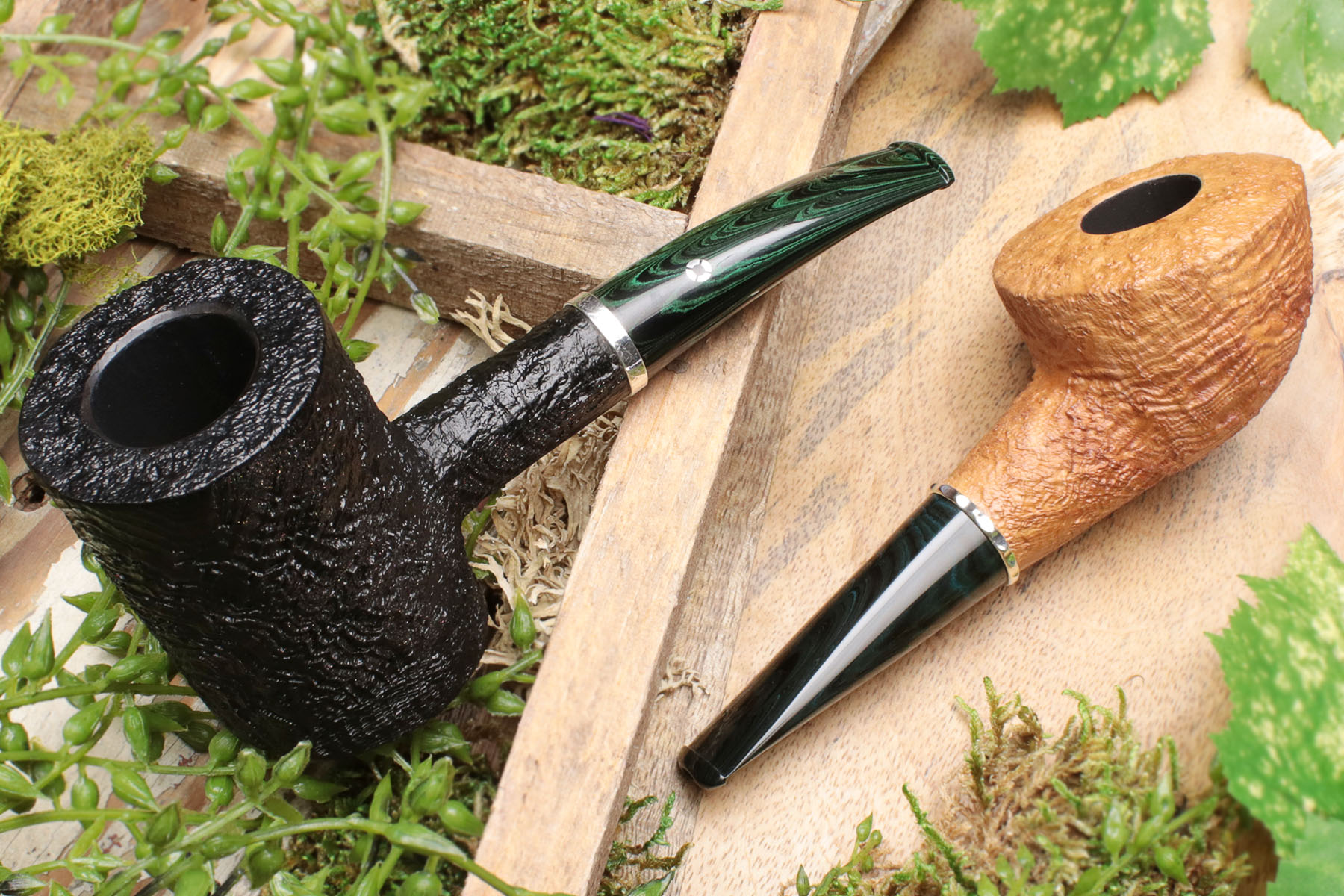 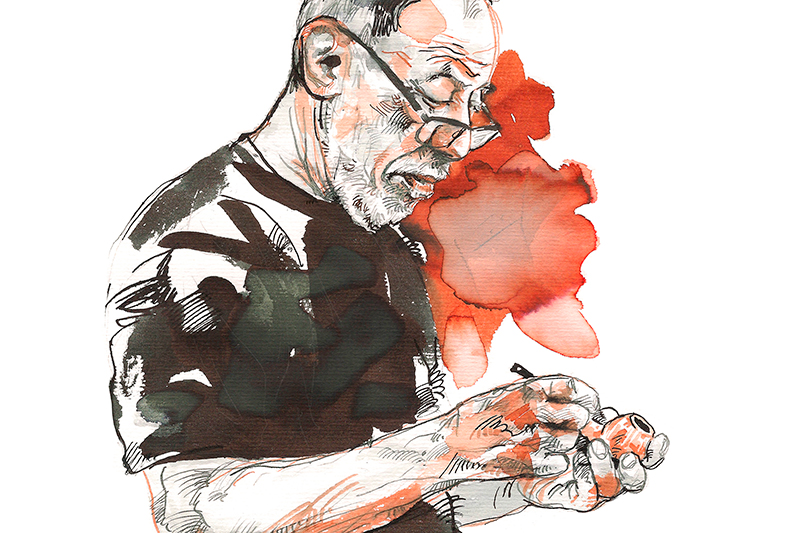