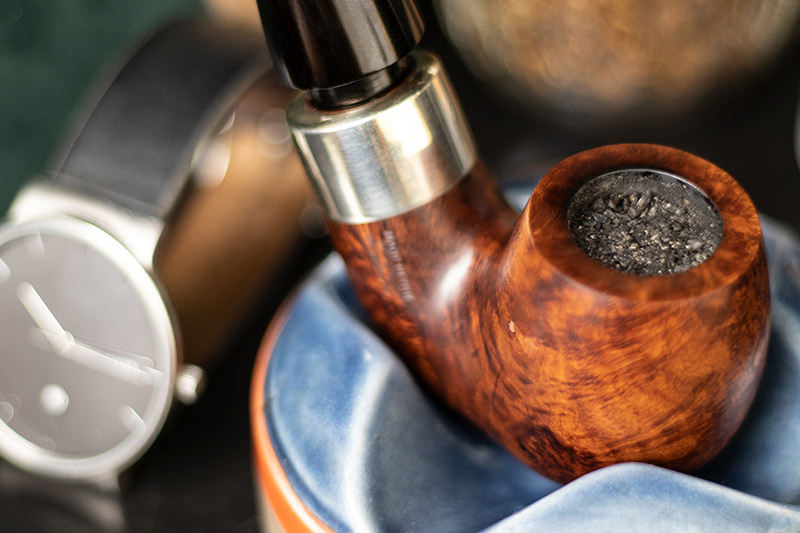 The Delayed Gratification Technique (DGT) for pipesmoking has changed my life. You may or may not be familiar with DGT, so I'll explain.

Simply fill your pipe and give it a solid charring light, then smoke a few puffs or maybe even smoke the first quarter bowl, and put it down. That's it. Pick it up later, after a couple of hours to a couple of days, but preferably the next day, in my experience, and smoke it. If you're like me, you'll find improved, deeper flavor, with the Perique slightly highlighted, if its present, and the other tobaccos tasting more married and smoother.

The first time I noticed this improvement was when driving long distance. I had filled and pre-lit pipes the previous night, because I don't like to perform a charring light while driving. If it's already charred, a single quick light ignites the bowl beautifully with no immediate relights or tamping necessary. The tobacco also stays in the pipe more easily when its surface has been charred than when it's loose, with the char acting as a sort of cap that helps keep the tobacco in place (but don't place a lot of confidence in that seal). When I try to light a fresh pipe while driving, the tobacco expands and spills, embers ignite my clothing, and I find myself running down the median of Highway 9 with my car in a ditch and my pants on fire. Hence the preliminary charring light.

Simply fill your pipe and give it a solid charring light, then smoke a few puffs or maybe even smoke the first quarter bowl, and put it down. That's it.

While convenience, fire safety, and stability are wonderful characteristics, flavor is our most important consideration, and the delay improved my tobacco. DGT is an unobtrusive, unpretentious technique, best used with Virginias and Virginia/Periques, though some find that it works well with English blends as well, as long as the tobacco is on the dry side. Aromatics aren't typically improved by DGT, possibly because of their toppings; Aromatics tend to smoke a bit wetter than other tobaccos, though your own experience may differ. Cavendish, though, is typically not the best choice for DGT. 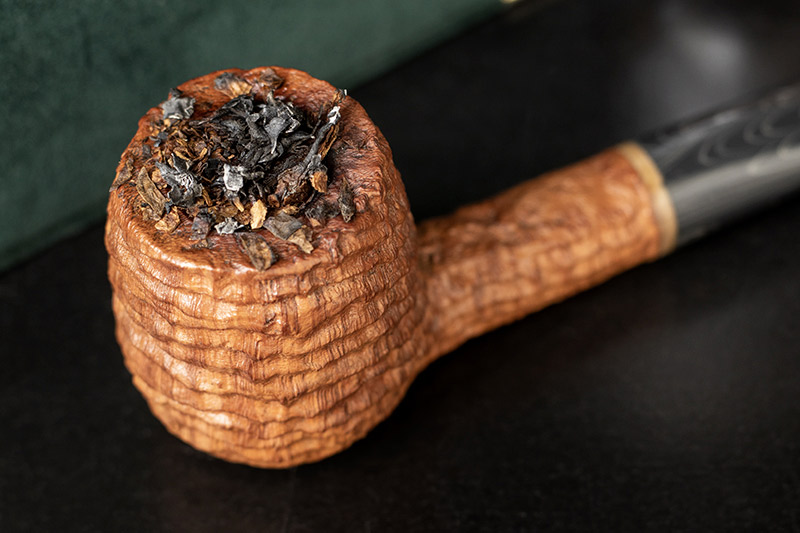 When the tobacco is given the charring light and a few additional puffs, the smoke sifts through the bowl, leaving some of the collateral moisture from the smoke to be absorbed by the tobacco, along with smoke particles that deepen the flavor profile. I don't really know what I mean by "deeper," though no other word works as well. If the tobacco was music, the tone would be deeper; if it was thought, its complexity would be deeper. With DGT and tobacco, the flavor is deeper, lower, and more consistent.

DGT is an unobtrusive, unpretentious technique, best used with Virginias and Virginia/Periques, though some find that it works well with English blends as well, as long as the tobacco is on the dry side.

The charring light is my least favorite part of a bowl of tobacco, though I still like it fine; it's just the least impressive portion of the bowl for me. So DGT also preps your pipes with no charring light necessary; it's already done. Even at the beginning of a work day, I sometimes fill three or four pipes first thing, and just pick them up and start smoking them later. No refilling when I'm busy, no light, tamp, relight, tamp, relight, tamp. Ironically enough, the Delayed Gratification Technique actually provides instant gratification.

I have smoked tobacco that has been sitting in a pipe for up to a week, and it was okay, but not great. For me and the Virginia/Periques I smoke, one day seems to be the optimum delay. Also, results are best if you have at least half a bowl of tobacco left in the pipe. You might consider trying it with your own tobacco for different durations and with different amounts of tobacco pre-smoked, if you don't already utilize the technique. DGT offers an additional dimension of flavor, as well as non-incinerated pants. 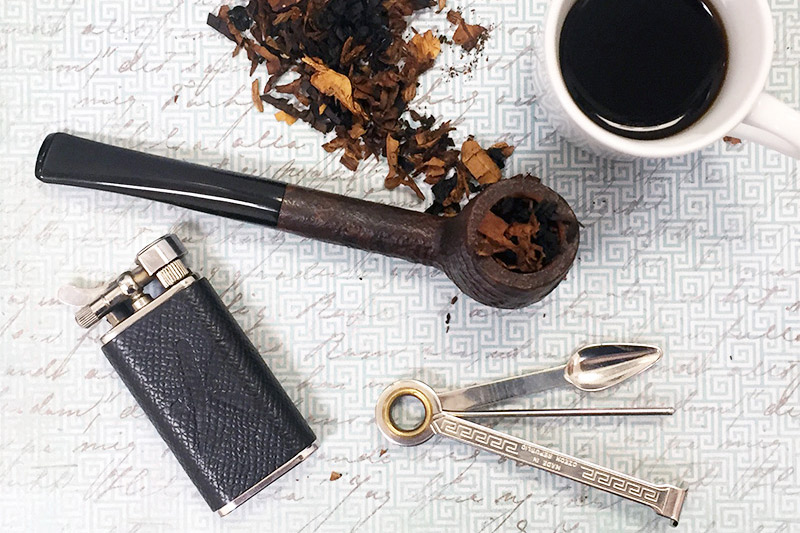 Flat-Bottomed Burls: They Make the Smoking World go 'Round 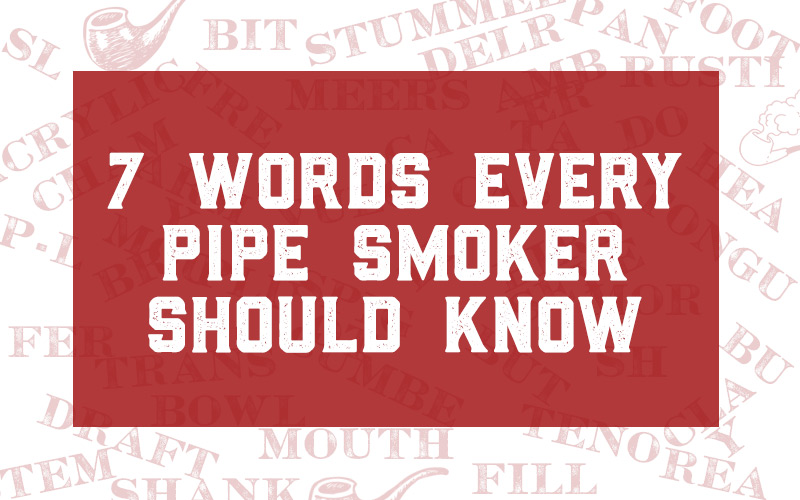 7 Words Every Pipe Smoker Should Know 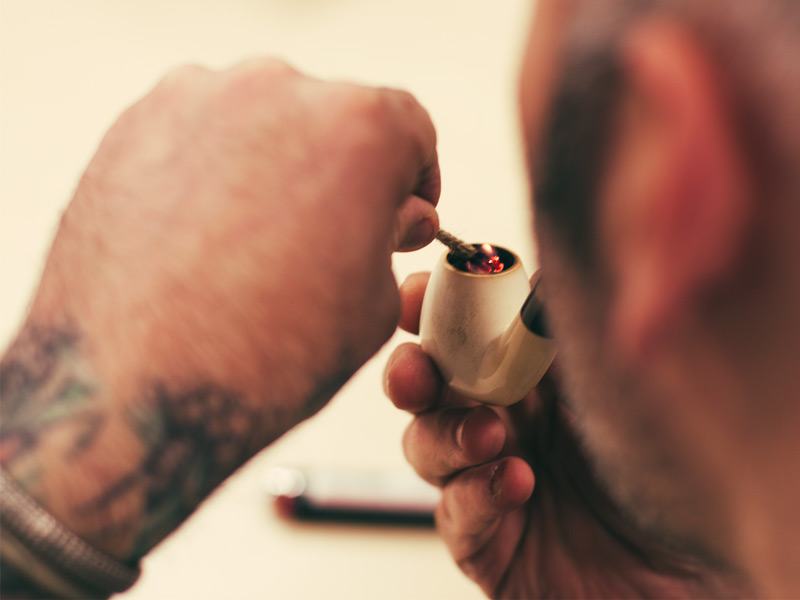