If you happen to have a tin of 965 handy, pick it up and have a look at the label. You'll notice something we commonly leave out when referring to this particular blend: the full name. It's My Mixture 965. And it's an artifact of where Dunhill tobaccos began. When the Dunhill Duke Street shop was opened in 1907, it wasn't a pipe shop. You couldn't even really call it a tobacco shop, in our modern sense. It was, effectively, the office of a bespoke blender, and the main components of that business were components themselves, as in component tobaccos, plus a book — the My Mixture Book. It was there that visitors and regulars to the Dunhill shop had their custom-fitted blends recorded, noted, and numbered — some 36,700 of them by the close of the 20th century (by which time I would say it's safe to assume the filing system had expanded to something more like a My Mixture Encyclopedia). Give that context, it should occur to us that "965" is actually quite a low number; and it was. We know this, ironically, because even early on Alfred Dunhill realized his bespoke-blender model of business placed some serious, inherent restraints on long-term growth, and that he was going to have his work cut out moving towards something really big. So he started moving towards it right away. As early as 1912 Alfred Dunhill began producing catalogs which featured pre-tinned blends chosen for wide appeal, rather than being custom-tailored — though some of those earliest were, in fact, derived from "My Mixtures," 965 included. My Mixture blends thought to have a general appeal had, in fact, already appeared in the very first Dunhill catalog, two years previous. Joining them in 1912 came two names we find alive and well once more today: Durbar, and Royal Yacht.

The simple fact was that a business model dependent on customers coming in for a "fitting," as it were, was always going to put a hard limit on market share. Alfred Dunhill wanted there to be more to the tobacco brand that bore his name than settling in as a blender for locals and visiting connoisseurs who happened to be in the know. The bespoke model had also placed limits on variety and refinement as well, as a mixture created in-shop and upon request meant certain processes in which time is the key ingredient, such as giving the mixed tobaccos time to marry before sale, or aging pressed flake, were right out. Several years later Dunhill's efforts met with the needs of soldiers and sailors serving in WWI, which one should expect would have both limited the time and resources that could be put into refining certain areas, while demanding other qualities be met. Broad appeal was definitely one of the latter, with a handful of special blends serving a market of countless service members, as was a mixture and tobacco type, and packaging, that could survive life on a ship or in the trenches. It was in fact the WWI period that ushered in Dunhill's first use of air-tight, fully sealed packaging, in the form of the cutter-top tin introduced for the "Campaign Mixture" in 1916. This would become an important improvement post-war, as Dunhill blends found appeal in markets far from the British isles — such as across the Atlantic. The US, of course, remains to this day a very important market for Dunhill, as American pipe smokers have reacted to the reintroduction of one storied old Dunhill blend after another with unflagging enthusiasm.

By the 1920s sealed packaging and named blends formulated for the enjoyment of the pipe smoking community at large were clearly Dunhill's future — though as mentioned earlier, the "My Mixture" custom blends would continue on, albeit with most of those tens of thousands of ongoing entries involving combinations or alterations of standardized Dunhill blends. Going forward Durbar, Royal Yacht, Cuba, and other pre-WWI offerings would grace the catalogs perused by smokers near and far, very far, from Duke Street, London while they enjoyed their pipes, alongside those My Mixtures which had found wide appeal, and novel additions such as Standard Mixture (1921), Super (1921), Three Year Matured (1923), Throgmorton (1936), and Baby's Bottom (1938 — acquired with the assets of Savory's tobacco shop). This article relied heavily on the extensive writings of John C. Loring — namely the following resources: 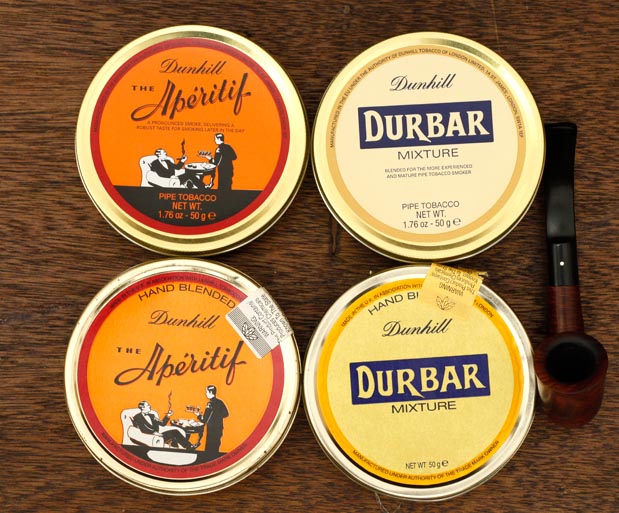 Durbar and Aperitif: Old vs. New 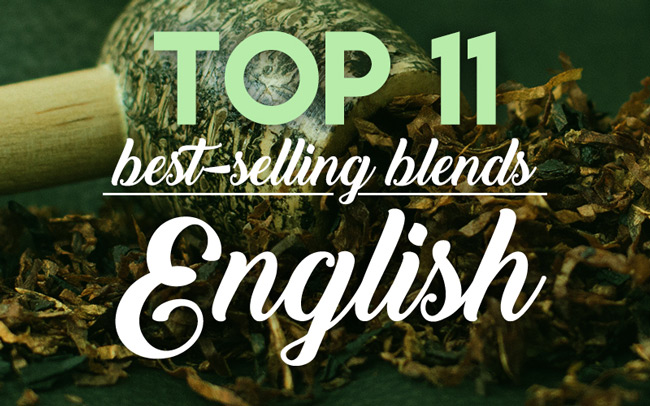