Welcome back to another episode of Smoke Rings University. Today, we'll be taking a closer look at cigar wrappers with a general overview of all the major types and varieties. While this episode will certainly help anyone who's just getting into the cigar world, I also wanted to shed some light on a few common cigar myths. There are quite a few popular misconceptions about cigar wrappers, so today, we'll try to put a few of those to bed as well. Let's get started!

US Connecticut wrappers are grown in the United States, but not strictly in the state of Connecticut. They're actually named after the Connecticut River Valley, which boasts a certain set of growing conditions: the content of the soil, the nutrients in the soil, the amount of sunlight crops obtain, and the average amount of rainfall. US Connecticut cigars typically feature a very light-colored, caramel blonde wrapper, such as what you'll find on the Ashton Cabinet series cigar. They tend to be milder cigars with a lot of upfront spiciness and notes of pepper.

The second type of Connecticut wrapper is the Ecuadorian Connecticut. A great example of this type of wrapper is the Killer Bee from Black Label Trading Co. It's slightly darker than the US Connecticut, and is grown from Connecticut-seeds cultivated most commonly in Ecuador. Similar variants of Ecuadorian Connecticut are grown in other regions as well, often because of production costs and more bountiful crops. These variants often feature bigger leaves and are slightly darker; the overall flavor profile remains relatively the same, however.

What is a Maduro Wrapper?

Translating to "ripe or "aged," maduro is not a specific type of wrapper, but is a category that represents a process. Maduro wrappers are fermented, carefully turned in heat and humidity to allow the leaf's natural oils to surface and caramelize, which makes for a much darker cigar. The two most common types of maduro wrapper are Connecticut Broadleaf and Oscuro.

A great example of a Connecticut Broadleaf wrapper can be found on Crowned Heads' La Coalición. Just looking at that cigar, you can see that it's darker than its natural counterparts. The drawn out oils and caramelization bring out the natural sweetness to the cigar, which runs counter to many misconceptions about cigar wrappers. Perhaps the most common myth among smokers is that the shade of wrapper corresponds with a cigar's strength, i.e. the darker the cigar the stronger. That's simply not true. Maduro cigars actually tend to be milder than their Connecticut counterparts because the aging and fermentation process mellows out the tobacco significantly.

The second most common type of maduro cigar is the Oscuro or "double maduro." Once again, Oscuro is a process. It's cured much like a typical maduro cigar, but manufacturers use the top primings of the plant and the leaves are left to ferment 50% longer than other variants. This extended curing process yields a darker, richer, and oilier wrapper. A great example of an Oscuro cigar is the New World Oscuro from AJ Fernandez.

The next two wrappers fall into a category in between natural and maduro types: the Corojo and the Habano. Both of these wrappers are darker than a natural Connecticut wrapper, yet lighter than either of the common maduro types. Corojo is the most typical leaf grown in Honduras, whereas Habano is the most common leaf grown in Nicaragua. They're essentially the same seeds grown in different regions, yet they both are quite similar in profile profile. That said, the Habanos tend to have a higher nicotine content because of the growing conditions and nutrients in the Nicaraguan soil. You can find a prime example of a nice Corojo wrapper on the Aladino Corojo Reserva; for a great Habano wrapper, look to the Cain Daytona. In either of these examples, you can see the difference between the wrapper types we've previously discussed. They're not natural connecticuts, and they're not maduros. They're in a class of their own.

Typically grown in Indonesia, Sumatran wrappers are very sweet, very toothy, and quite rich in taste and flavor profile. Even though they're dark in color, they tend to be milder than maduros, once again because of growing conditions and the sweetness of the Sumatran soil. Southern Draw's Cedrus is a fine example of a great cigar with a Sumatran wrapper.

Cameroon wrappers are very toothy and sweet. They are also among the most fragile wrappers to work with in the cigar industry, being susceptible to both heat and humidity. With that in mind, it's important to take a little extra precaution if you're smoking a Cameroon cigar. Be careful to cut it and light it in similar conditions to where you brought it out from. For example, try to avoid bringing a Cameroon cigar directly from a humidor's temperature-controlled 70% humidity to harsh outdoor conditions like -5℉ with zero humidity. If you're looking to try out a Cameroon cigar, it's most prominent use is in Arturo Fuente's Hemingway series.

Candela wrappers go by many different names: the Hulk Cigar, the Green Cigar, etc. Candelas are a natural green wrapper, but much like maduro, it also denotes a specific process. Candela leaves are taken off the plant before they reach maturity. Those wrapper leaves are then stored at extreme conditions (i.e. high heat and humidity) for about 24 to 48 hours; then, they are flash-frozen in order to lock in the chlorophyll's color, which gives it that signature green tint. Candelas are among the mildest wrappers in the world, and they're used on a lot of cigars, such as the Illusione 888 Candela Churchill. Candelas are very mild, sweet, and grassy, but they also offer a surprising earthy flavor as well.

So, that is a quick overview of some of the main cigar wrappers. There are many more to choose from, but if you head to Smokingpipes.com and use our cigar locator, you can search for any of these styles or wrappers, returning a nice list of cigars you may want to try or learn more about. Now it's your turn. Which cigar wrapper is your favorite? Feel free to share your thoughts and experiences in the comments below. 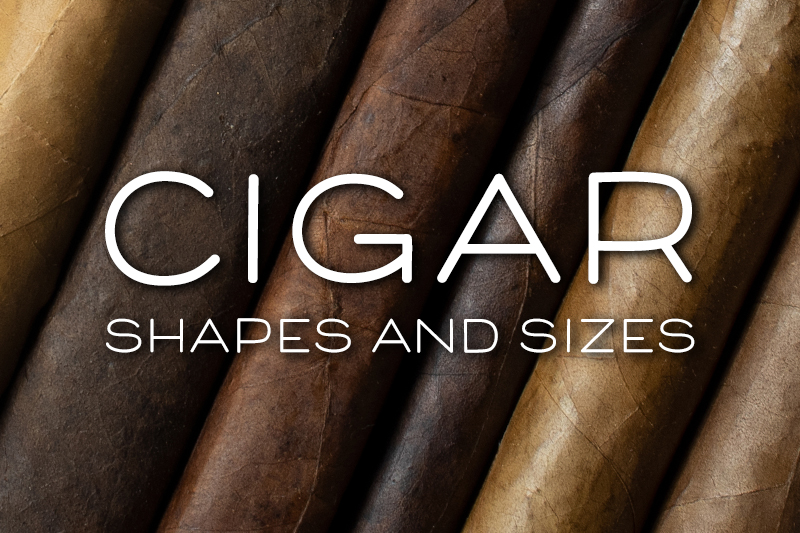