July 4, 2019 by Truett Smith in Makers and Artists

The American Pipemaking Exposition has become an annual, 4th of July tradition since we introduced it in 2015. The event focuses on a central, pipe-related element that either defines or has been championed by the American artisanal pipemaking tradition, with each carver submitting a piece showcasing that theme. For the Expo's 5th anniversary, we return to the motif that started it all: Bamboo.

As a pipemaking material, bamboo has had practical applications for decades. It isn't a new innovation, per se; however, the artistic approach to the material has evolved considerably over the years. Originally, the pale medium was implemented to save briar during scarcities, the knuckles of bamboo merely stuck on the end of a pipe without much consideration for its influence on the pipe's overall composition. Seeking to emulate classic shapes with bamboo as a substitute shank material, pipemakers would typically select only the bamboo sections that were as uniform as possible. This approach changed, though, with Sixten Ivarsson. 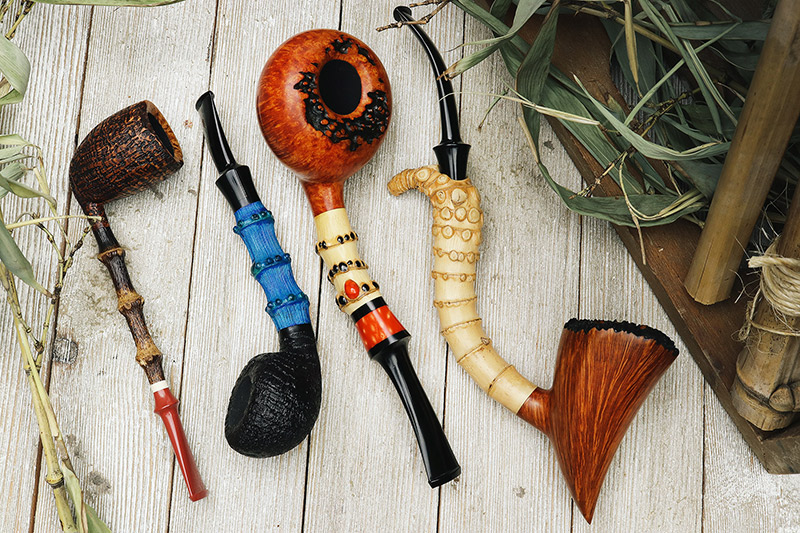 Ivarsson was integral in pioneering how pipemakers now employ bamboo. Instead of simply adding bamboo to a briar stummel, Sixten sought to cohesively incorporate the material into the pipe's form, utilizing it not only as a shank extension but as an artistically coherent element of design.

The modern tradition of American pipemaking is significantly influenced by the classic Danish style, and many artisans in the United States have adopted design elements characteristic of famous Danish masters, integrating that aesthetic into their own work. In the case of bamboo, this influence results in today's carvers designing pipes not just around the block of briar but around the bamboo itself. Many pipemakers now begin with a section of bamboo and then shape the stummel to fit with the intricacies of the natural material, cultivating more balanced and compositionally coherent designs. 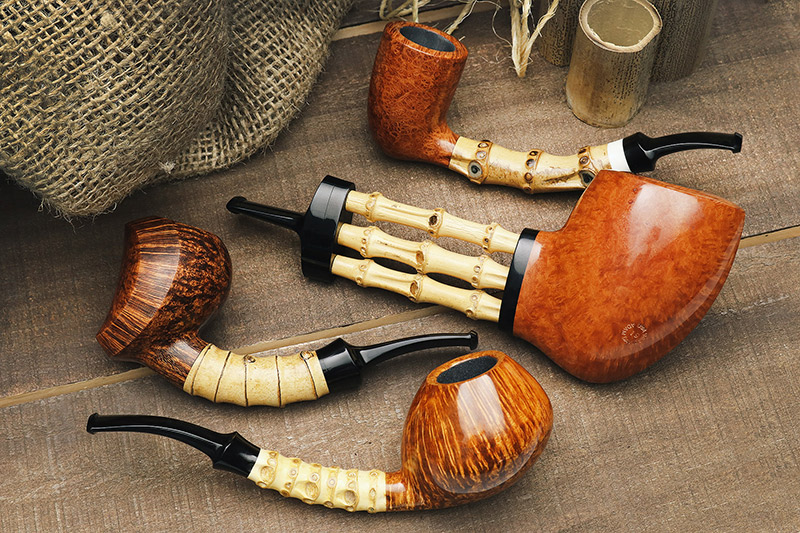 Sometimes starting the design process with bamboo still yields standard pipe shapes and uniform sections of bamboo, but with more attention paid to the rhythm of the knuckles and proportions between bowl and bamboo; other times, though, the pipes seamlessly incorporate wildly shaped knuckles that, decades prior, would have been undoubtedly discarded.

The use of bamboo has continued to evolve in American pipemaking since the first Exposition in 2015, and compared to the inaugural event, we now have more carvers participating in the project, resulting in a more diverse showcase. 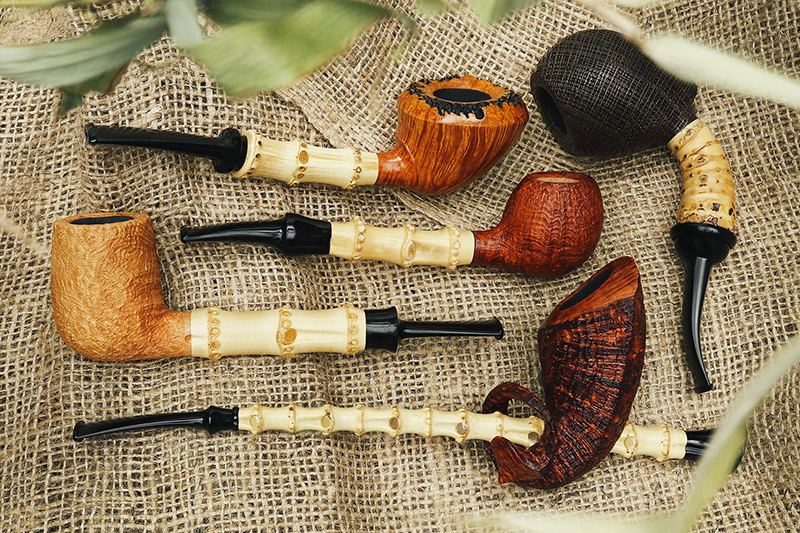 This year we're presented with a stunning array of bamboo-adorned pipes from 17 American artisans, ranging from clean-lined traditional shapes to more exotic, organic pieces incorporating wild knuckles and segments. See the selection for yourself and celebrate with us the evolution of pipemaking as seen through the lens of American carving sensibilities. 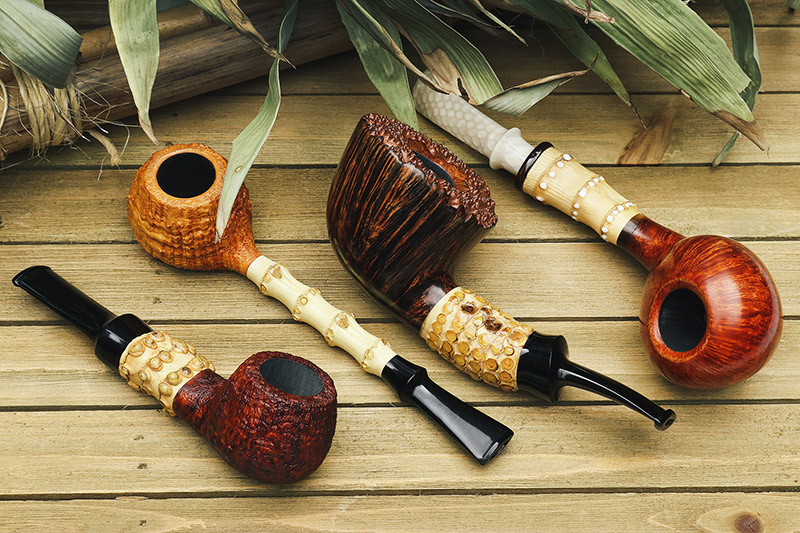 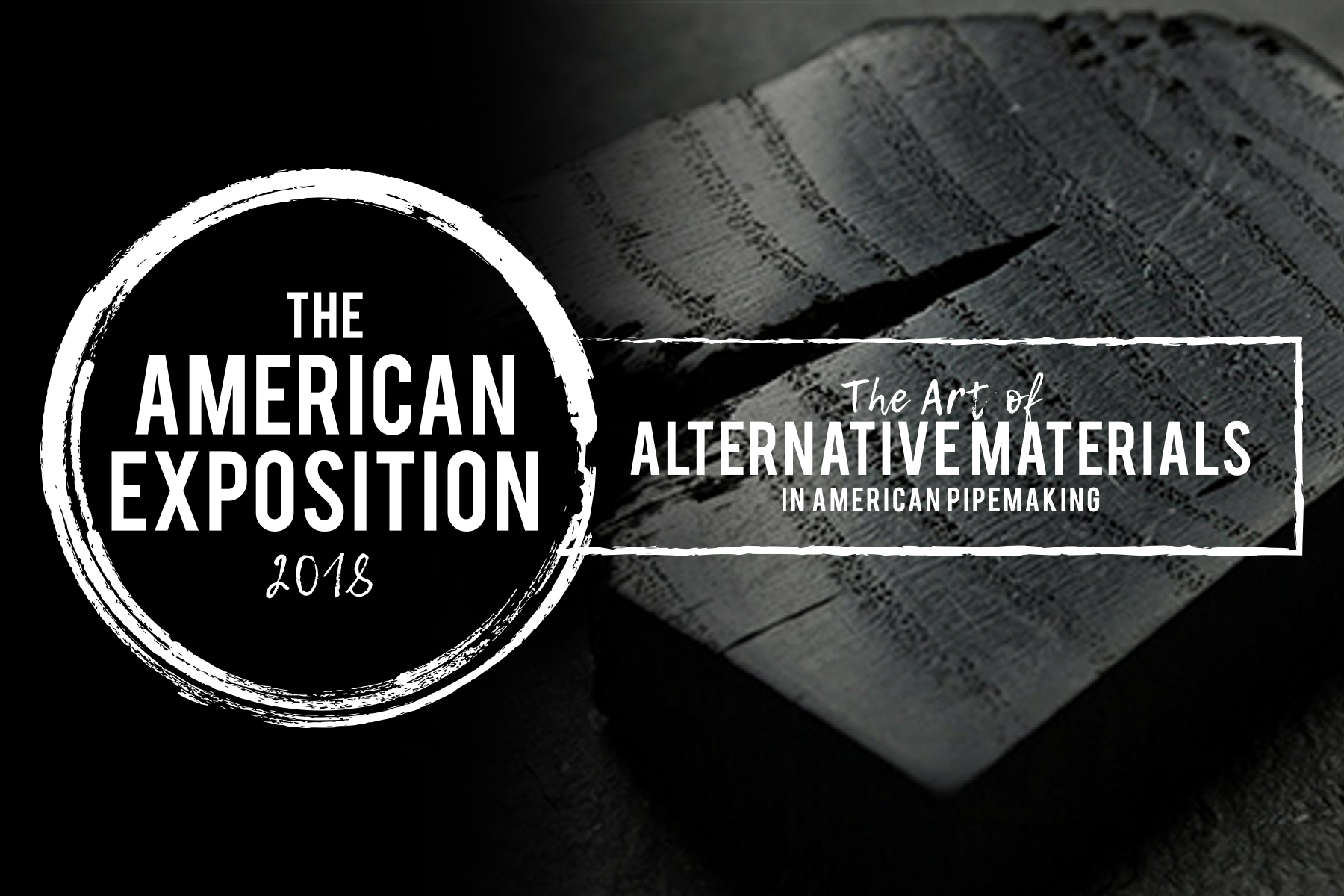 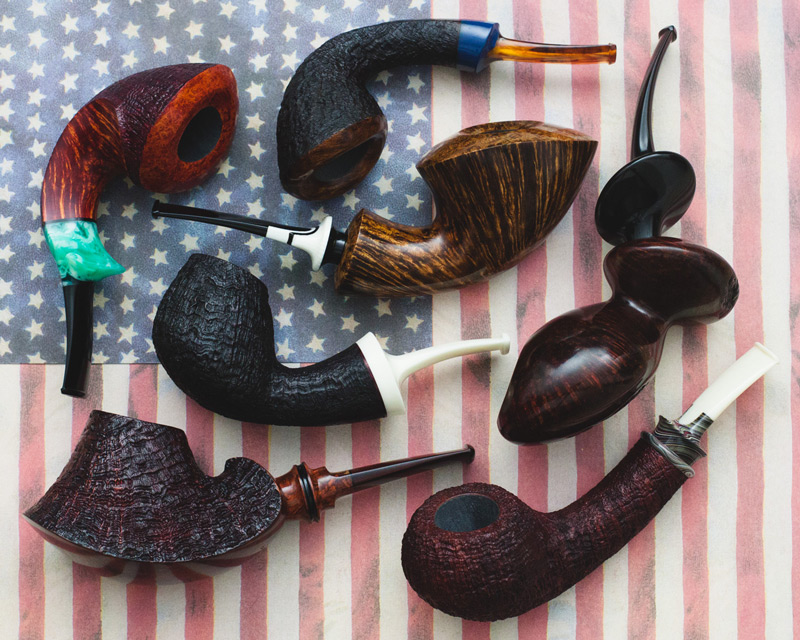 The American Exposition 2017: The Art of the Accent Stem in American Pipemaking

The Art of Bamboo in American Pipe Making