On this episode of All Pipes Considered, Shane and I take a closer look at Peterson's St. Patrick's Day 2020 pipes. Tune in for a detailed discussion about the limited edition line's history, available shapes, Peterson's upgraded sandblasting equipment, and this year's stunning green finish. 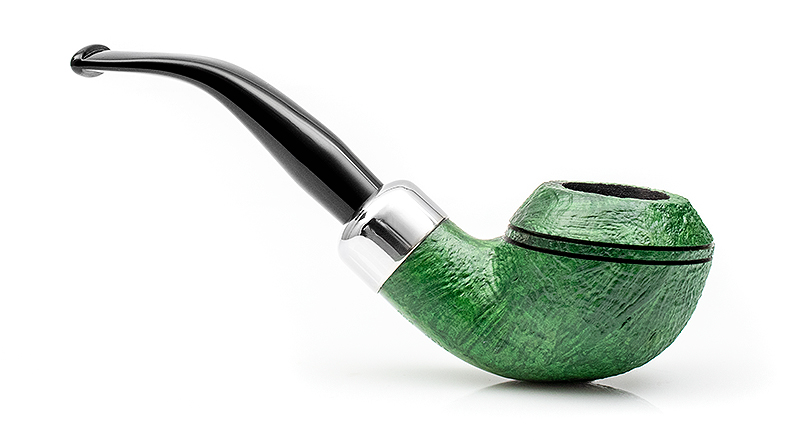 [Andy Wike]: Welcome back to another episode of All Pipes Considered. Today we will be talking about the Peterson 2020 St. Patrick's Day Pipes. Really exciting stuff from Peterson this year.

[Shane Ireland]: One of their most anticipated annual releases. And definitely the only firm, kind of for obvious reasons, that makes a pipe to celebrate the holiday. This started back in 1998, so this would be the 23nd year of the St. Patrick's Day pipe. A lot of different finishes, a lot of different configurations, changes from year to year, both in the shape availability and the finish.

[SI]: It was also a System pipe. So a couple of things are different this year. While not every St. Patrick's Day pipe has been green, typically they're festive in color some way or another. Whether it's the combination of the finish on the bowl or a special stem color. But last year's was the first time that the System pipe had gone green, I'm pretty sure. And the only thing about that, is that it's somewhat limits the range of shapes that are available. So this year we have green sandblasted pipes, nickel mounted like the System, but they're not technically System pipes, which allowed a much, much broader selection of shapes: 24, to be exact. And speaking of shapes, it is kind of cool to see like the Tankard make an appearance this year.

[AW]: Yeah, so you have traditional Specialty shapes now available in the St. Patrick's Day line. You also have quite a few B shapes, and those are sort of few and far between, as far as availability goes.

[SI]: Yeah, the most popular ones. So, the pipe I'm smoking is a 221 from the 2020 St. Patrick's Day line. I've been fortunate enough to smoke this as a prototype. I've been smoking it for a while, and it's holding up really nicely. The color is actually getting a little bit darker. Looking at the one that I've been smoking compared to some of these ones here, it's clear that the color will patina a little bit and darken up, just like a lighter stained pipe would. But what I really like about it is that there's a bit of contrast to it, even right off the bat. It's not just a flat tone. There's a nice little contrast to it. That works really well with the updated sandblasted finish from the Peterson factory.

[AW]: Yep, and will you talk a little bit about that real quick?

[SI]: Yeah, so if you if you saw the Smokingpipes 20th anniversary model, the whole idea was that they were the best the best, the creme de la creme of the sandblasted finishes that came out of Peterson's production in the last several months. Peterson upgraded their sandblasting equipment in late summer, early fall of 2019. And that upgrade allows them more control and basically more depth and more character from the sandblast than they were getting, on average, years ago. The way that they have accomplished that, was by moving to a more artisanal style of sandblasting setup. Now you have a lot of power and a lot of control; basically only one artisan at a time can use the tool, allowing them to sort of attack the wood from any angle that they choose. You end up with, by and large, just a better quality sandblasted finish.

[AW]: Yeah. A lot of a lot more depth, a lot more control as you said.

[AW]: And that is most critical.

[AW]: It's not like a one size fits all sort of thing. It's more like each pipe is treated individually and blasted individually to bring out the very best of that block.

[SI]: Much in the way that an artisan in pipe maker will read the grain of the pipe before he starts to shape it, as you're sandblasting you sort of get like an outline of where the grain is moving. And you can kind of attack it in different ways depending on how it's moving. So this piece in particular that I'm holding, which you might be able to actually see that grain from there, it's kind of ridiculous. This this block was oriented so that the inside of the burl would have been here and the outside of the plateau would have been there, which means that the grain kind of fans out in this direction. So blasting it from this angle, and blasting it from that angle will produce a slightly different results.

[SI]: And they've done very, very well to sort of maximize the character of that block here. So even though the Smokingpipes 20th Anniversary, which was limited to 80 pieces, were hand picked to be the best of the best that came out of the sandblaster in the last several months, really everything we're seeing coming out of that sandblaster now is exceptional.

[SI]: So it's really nice to see. You know, it's been a little while since we've seen a textured St. Patrick's Day pipe; maybe it was three years ago. We've had some that were complex. We've had some that were rusticated, obviously plenty of smooth finishes as well. But what makes this batch stand out to me is the combination of that lighter green stain, which has a little bit of contrast to it, a little bit of smokiness behind it, and the the quality of the sandblast overall, which is exceptional.

[AW]: Yeah. And then you again just have the iconic nickel mounts, which are such Peterson staples.

[SI]: I also love the decision to keep the stems black. It gives it a little bit of a classic, understated look and honestly makes the green sandblasted finished pop a lot more.

[SI]: Yeah, it really is. And I don't know if it's just because we associate like this rich emerald color with Peterson so much, because the Irish firm is used that for years, but it just seems like these shapes were meant to wear this color. They just look so good with the nickel mount and black stem. And I was looking at this one earlier too, Andy, this 999. There's just something about it that's like classic and modern at the same time. And really, this is a good example look at how craggy that blast is — kind of a front to back crossgrain configuration.

[AW]: Yeah, no, I hear you. I think the sort of modern yet classic aesthetic is like kind of what separates Peterson in lot of ways. They're a very innovative brand, but they always look to tradition, to the past for that innovation. And when you're the oldest continuously operating pipe factory in the world, why wouldn't you do that? They're looking to tradition. They're looking into this legacy of craftsmanship, to innovate for the future. And I think that's what we're seeing here in this line, for sure.

[SI]: And I've said this before too, under Laudisi's stewardship, it's been really exciting to see that the innovation that we associate with Charles Peterson did not necessarily stop 100 years ago. It's really nice to see that we're still pushing things forward with new methods for finishing, new techniques, and new sandblasting equipment. And yeah, the results speak for themselves. So I think that, for everybody who's a fan of the St. Patrick's Day series, this year is not to be missed. And if you've never added a St. Patrick's Day pipe to your collection, 2020 is a great year to do it. 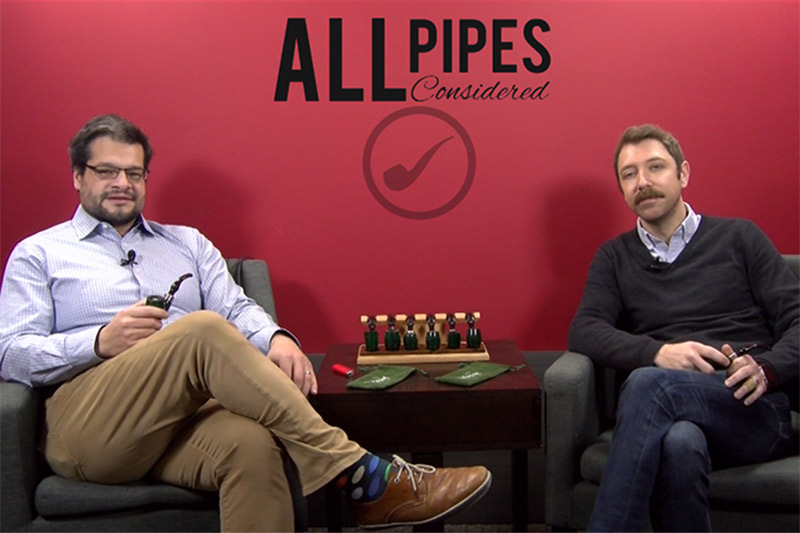 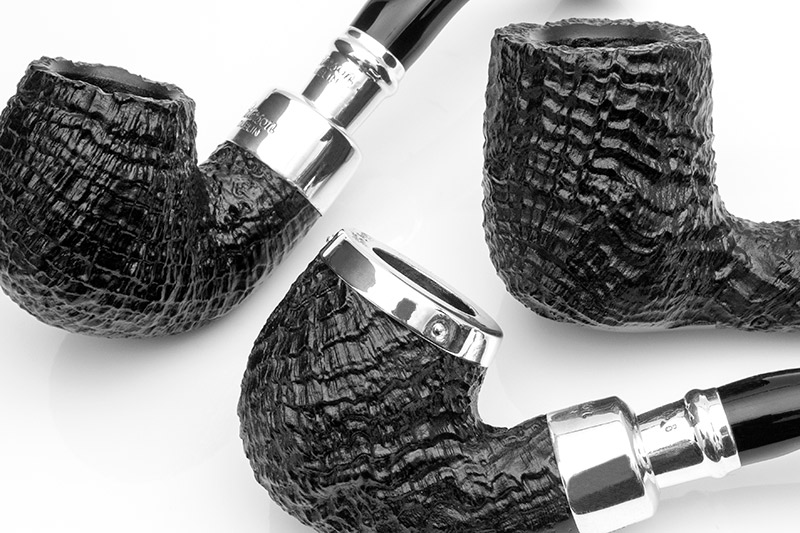 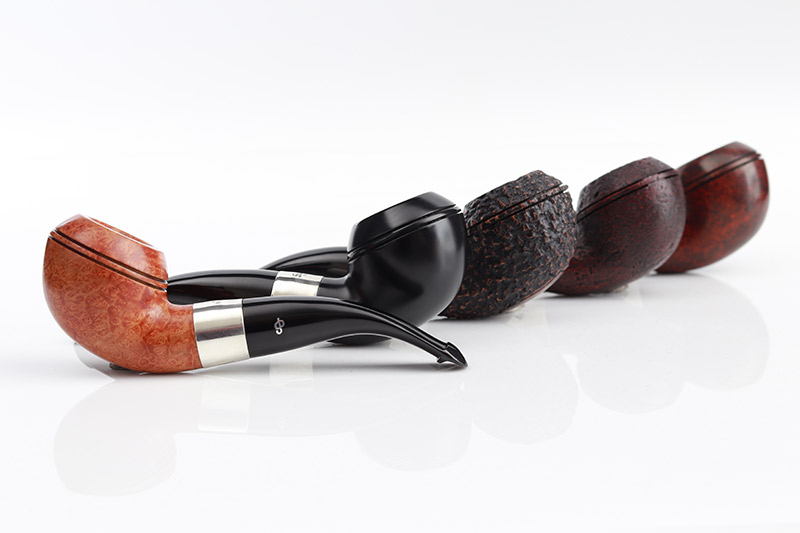