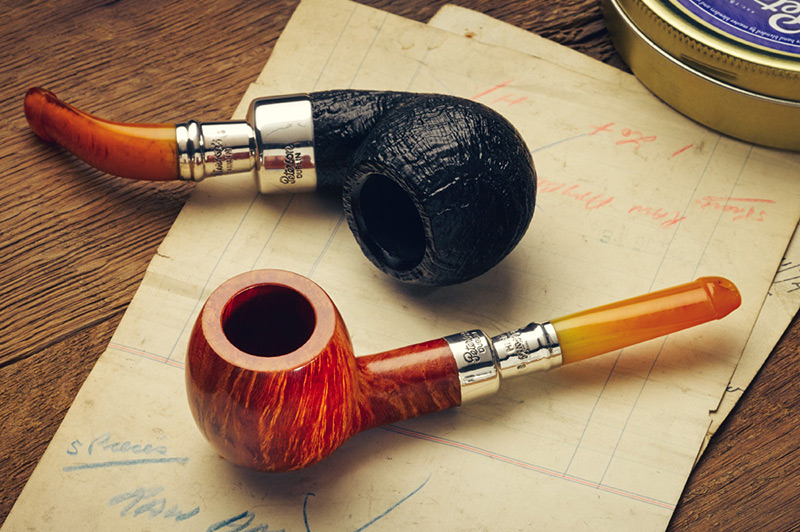 Amber is a gem that is not a stone; it is fossilized, but not mineralized, and since time immemorial it has been highly prized. In less flowery terms, it's tree resin which, under the right conditions, became buried, and with the right combination of time (lots of it), pressure, and temperature, was preserved and hardened. From there it may be found and cut and polished for some uses, or refined and reformed for others. The latter process gave us the main sort once used in pipe stems, which pipe makers or specialized pipe-stem makers acquired as plates from which stems were cut and carefully shaped.

Why was amber first used for stems?

That is anyone's guess; probably because it looks pretty. Possibly its long and wide-spanning traditional association with medicinal properties (now doubtful) also gave it a start. Either way a pipe with an amber stem became the thing to have, easy to spot, refined, delicate: a stem that was a gem.

Why did other materials replace it?

Amber is delicate. It was also less convenient for pipe makers (or those who supplied pipe makers) to work with, being much more specific and intensive in what is needed to shape it than, say, rods of vulcanite. Very rarely you'll hear of an independent artisan of our day having made a pipe stem or two from amber, but as for the rest we find, they are as a rule antiques, survivors; that small percentage of pipes with amber stems made in distant decades past that remain intact.


Peterson of course has actually been around since those decades past, and like the few other marques that can trace their history so far back, they tend to have some odd treasures buried in the more obscure corners of their storage. That's where the amber stems on Peterson's Amber Spigot line come from: the past. Specifically, 1939 (a rather late date for amber stems; they would have been a specialty item even then), which we know because the folks at Peterson also found the paperwork that went with them. There was naturally nothing else to do but make a limited run of special pipes to suit these stems, which is just what Peterson did. 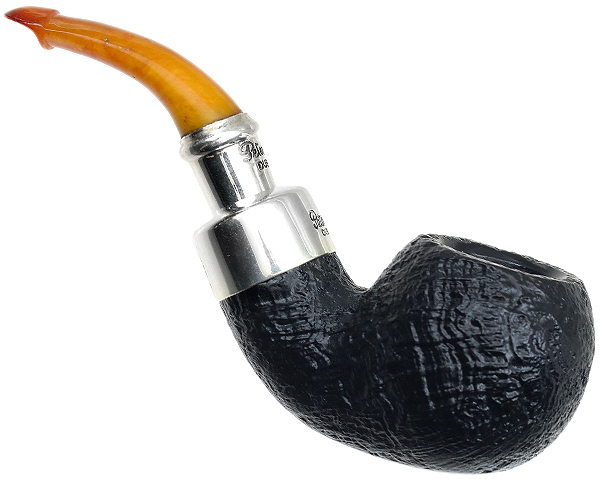 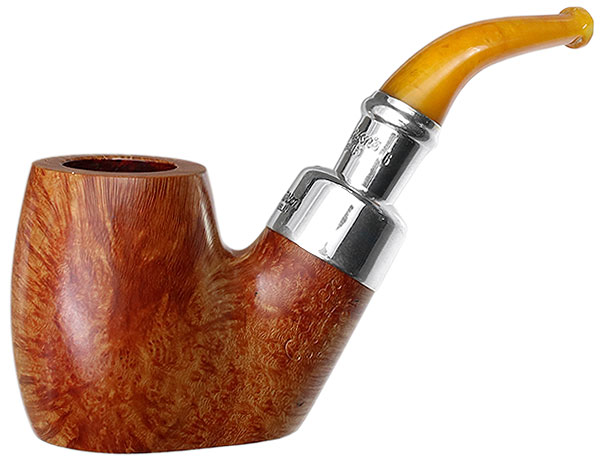 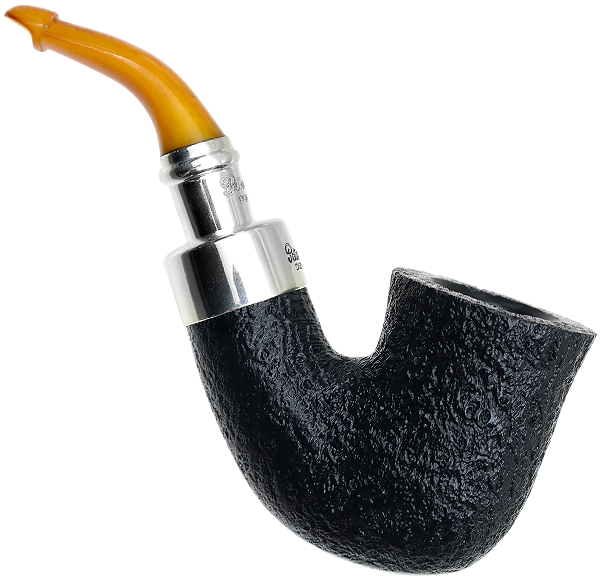 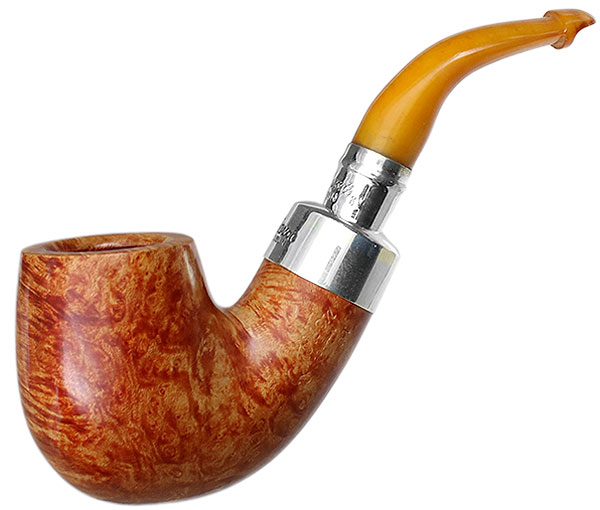 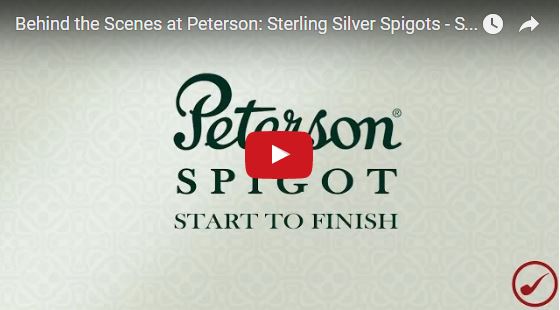 Behind the Scenes at Peterson: Sterling Silver Spigots 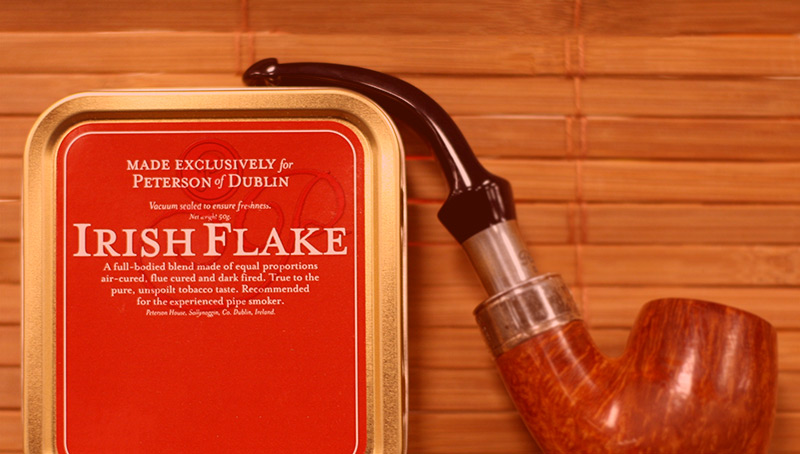 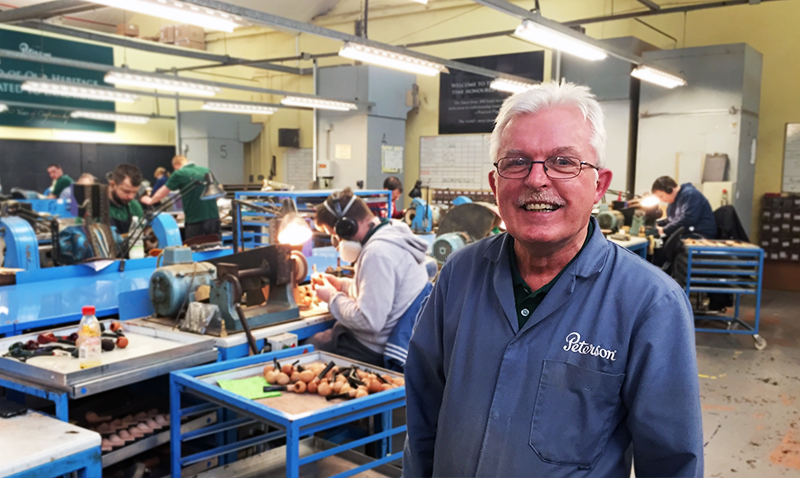 Behind the Scenes at Peterson: An Interview with Tony Whelan