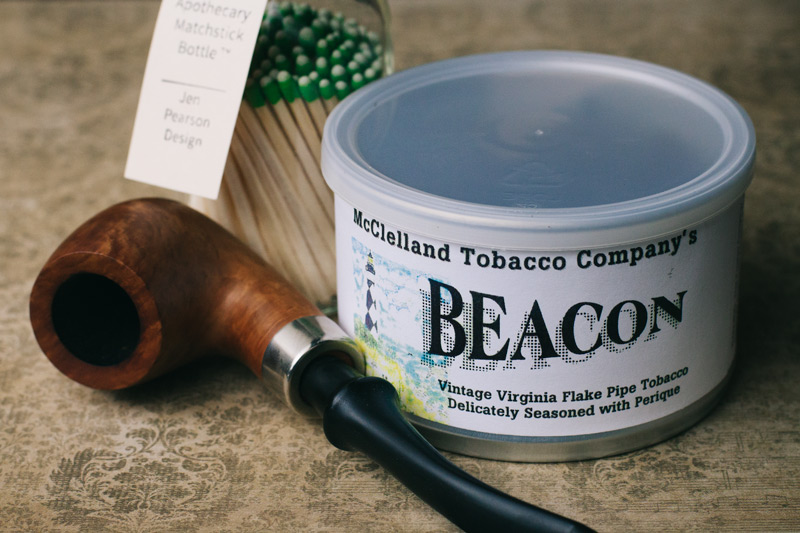 I'm a Virginia/Perique smoker, and my daily smoke for the past ten years has been McClelland's Beacon, a flake of unsurpassed complexity and clean, pure taste. It hasn't been an outrageously popular blend—I think I probably bought more than anyone else over the years. It is my friend and I'll miss it desperately.

If you're like me, the news of McClelland's closing is devastating. Change is hard, and now I need to find a new favorite daily smoke. Castello's "Fiammata" is a contender, as is Escudo, C&D's Sunday Picnic (it ages great), Solani's 633, and Luxury Bullseye Flake by Stokkebye. But it will take some adjustment. I'll need to retrain my mouth, and that's something I've failed at in the past, such as when I tried to retrain it not to blurt out whatever I'm thinking at a given moment. Had I succeeded, I'd probably now be wealthy, living on my own island. It would be called the Island of Chuckoslavakia and smoking would be required. And I would send operatives out into the world to track down and purchase ALL the Beacon.

But reality is harder. McClelland was an irreplaceable boutique tobacco manufacturer and had carved its own specific niche into our community. As highly professional as the company became, it was launched with modest means. McClelland started with five Virginia and five Oriental blends. With no factory, everything was done in a basement by the company's three employees: Carl Ehwa; his wife, Mary (who would much later become Mary McNiel); and their close friend, Bob Benish.

Carl Ehwa is perhaps best known as the author of one of the very finest books on the subject, The Book of Pipes and Tobaccos, published in 1974 and out of print for some time now, though copies may occasionally be found online. Carl and Mary wrote it. I suspect Mary did more of the work than she lets on, though she would never admit it. I don't believe she has ever uttered a word that might potentially diminish another's accomplishments.

Carl lost his job at an electronics store in 1969, and decided it was time to pursue one of his passions: tobacco. He started working for Fred Diebel's tobacco shop in Kansas City. It wasn't long before he was developing new tobacco blends and soon found himself in charge of the small Deibel's tobacco factory. In 1977 he and Mary decided to start their own tobacco manufacturing company.

Bob Benish joined them and they got to work in Carl's grandparents' basement, calling it McClelland Tobacco Company after Carl's grandfather, Dr. McClelland. The famous whale emblem used by McClelland on its regular series tobaccos comes from Mary's family. In 1915, when her father was a young man of 17, he travelled to the U.S. with no money and speaking no English. In the third month of the ocean voyage, his confidence was waning and it seemed immigrating may not have been a good idea, when a pod of whales appeared. "It changed his fear to anticipation," says Mary. Those whales were the most beautiful things he'd ever seen, and his determination to succeed in America was restored.

Symbolic of hope, beauty, rarity, and the freedom to go anywhere and do anything, those whales matched the hopes of this new company and the kind of tobacco it would produce, so the whale became the McClelland emblem. 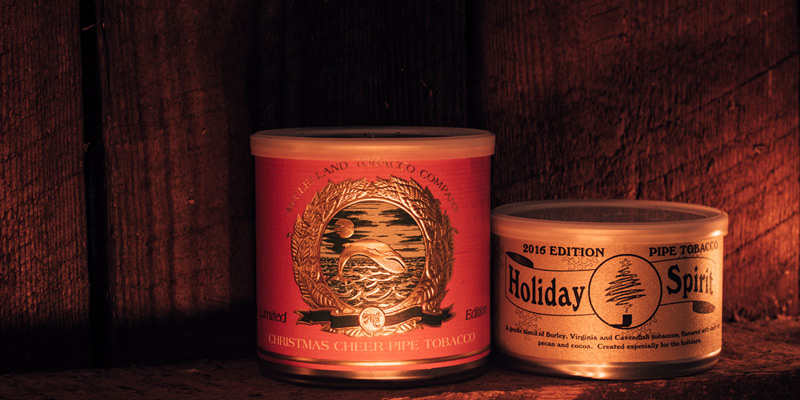 In 1980, Bob Benish left to pursue his dream of being a baker of fine pastires, and Mike McNiel joined the company. McClelland's packaging also changed in 1980. Previously, a paper overwrap with a wax seal had been used. It was a beautiful presentation, but Mary says it was also used to conceal an obvious flaw: The only way to open a can of McClelland tobacco was with a can opener. But now they found pop-top cans and started stamping the cans with the same nomenclature used throughout the rest of the company's years. Collectors and those who like aged tobacco find it helpful to accurately date a can of McClelland tobacco using the (usually) six numbers stamped on the bottom of each can. The first two numbers represent the product number, such a "27" for Mixture #27. The next two numbers are an internal code designating the batch number, and the last two numbers are the year the tobacco was canned.

In 1982, Carl Ehwa, at age 36, was weight lifting when he suffered a brain aneurism. Afterward, he displayed a gradual deterioration and his personality changed dramatically. His interests changed and he was no longer enthusiastic about tobacco. He took a separate path, leaving for other pursuits until his death at age 50.

Carl's departure was a devastating loss, but the company continued and years passed. They moved out of the McClelland basement in 1985, due mainly to insurance issues, but it was time. In 1989 they struck some hard times. Mike attributes their survival to the kindness of larger tobacco companies. "We would have been gone in '89 if the guys at Standard Commercial hadn't taken an interest." That help took the shape of sourcing extra-high quality leaf and many financial considerations. "Just from kindness," says Mike. "They liked us and what we were doing."

In 1993, Mary and Mike McNiel were married, and in 1998 they moved to a larger building. McClelland began to thrive. Mary says that the primary interest of McClelland is in developing new products. "It's the creative process that is so invigorating,"

Mary and Mike McNiel of McClelland worked like sled dogs for more than 40 years to maintain the highest quality possible of their products. They worked insane hours, seven days a week. Mike would sit up for 15 hours at a time just making sure the moisture content was right on a particular blend, for example, checking it every five minutes, adjusting fans, being compulsive, which is what was required. For the past several years he has worked in severe pain because of a back injury that would have required too much time away from work to fix.

Mary was the tasting genius of the operation. She can differentiate subtleties that few others recognize, and every blend had to meet with her full approval. "Without Mary," says Mike, "I'd be on the street begging for nickels to buy tobacco." She invented Frog Morton, one of their most popular contributions to pipe tobacco. "I added the Staved Frog Morton," says Mike, "but I needed her. I couldn't get it right. I was smoking and tweaking, going crazy, and finally Mary tasted it and said, 'Do you have some stoved Red Virginia? Go get it. Here's how you should mix it.' And it was exactly right, exactly what I was missing." 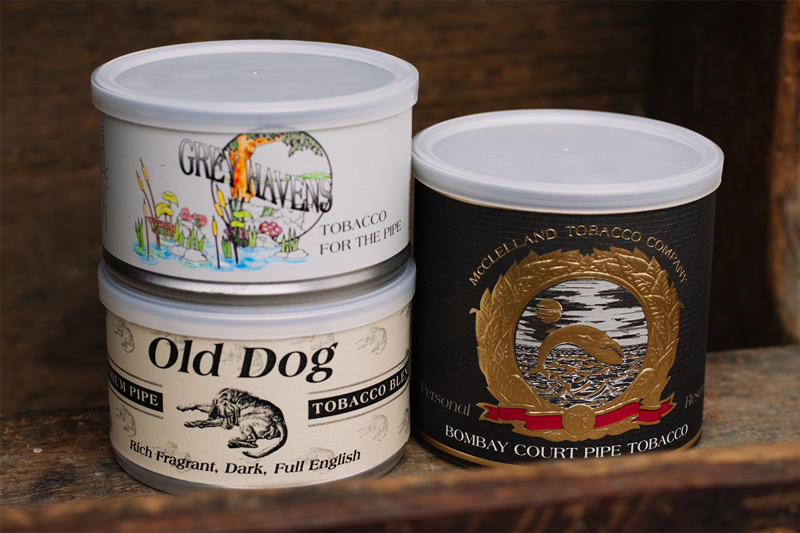 Virginia Flakes are probably the most significant contribution the company has made. No one stoved Red Virginias before it, and no one could process high-sugar content leaf in the same way as McClelland. Dark Star, #27 and Blackwoods Flake are all outstanding examples.

Four decades is a long run. It was time to close McClelland's doors for several reasons, including the fact that the McNiels are well into retirement age, new regulations of unknown specific character in the near future, Mike's issues with his back ("I gotta start taking better care of myself") and the changes in availability of the tobacco leaf required by McClelland's proprietary, old world processes.

"We depended on the old ways," says Mike. "But those ways are gone." When subsidies to tobacco farmers stopped, so did the smaller farmers who harvested tobacco by hand, going through the fields several times and picking only those leaves at perfect ripeness. Now harvesting machines do that work. Tobacco auctions stopped in 2000, after the Master Tobacco Settlement made them obsolete. Tobacco became more standardized, with the subtle differences once available no longer taken into full account, differences that McClelland required for maintaining the smoking characteristics that built its reputation.

The McNiels decided to disband the company rather than sell it, primarily because no one else could do things the way they do in a normal business environment. Even should they spend six months training new owners, McClelland could never be the same, and for them, the reputation of the McClelland name is more important than money.

The future will be much different for the McNiels. Mary, who did the artwork for many of the company's tins, including the Frog Morton series, may be attending the Kansas City Art Institute in the very near future. And Mike, who loves "the so-called lower animals," will be working at the Kansas City Zoo. "It's one of my favorite places on Earth," he says. "I called them up and said, 'I'm going to work for you, and I'm going to pay you $10 an hour for the privilege.'" They accepted. It's hard to say no to Mike McNiel.

Pipe smokers the world over owe a great deal to McClelland. It's a company that forged new dimensions in pipe tobacco, and provided untold hours of contentment for pipesmokers of the past two generations. We are fortunate indeed that Mike and Mary McNiel applied their substantial talents to developing tobacco products unlike those ever seen before. We at Smokingpipes.com wish to thank them for their decades of service to the hobby, and I'd like to add my personal thanks, not only for the fine tobaccos, but for the friendship of two wonderfully engaging people. Others around the world share these sentiments, I'm sure. We will all miss McClelland. 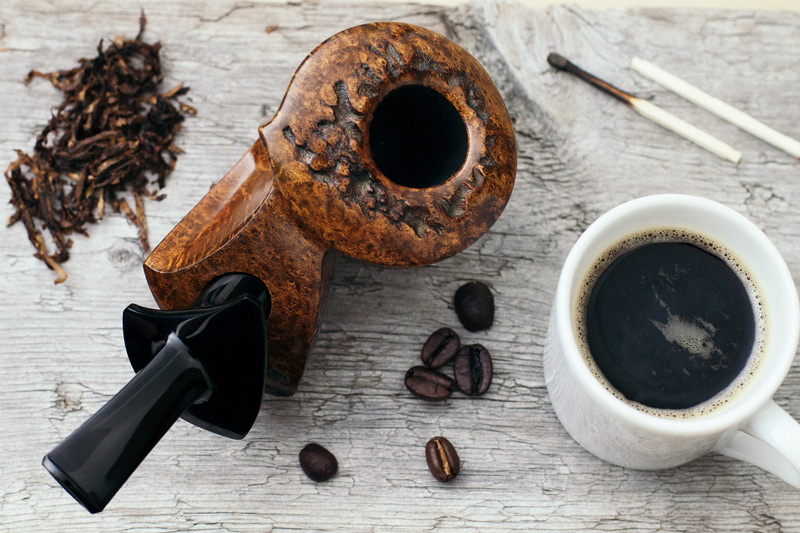 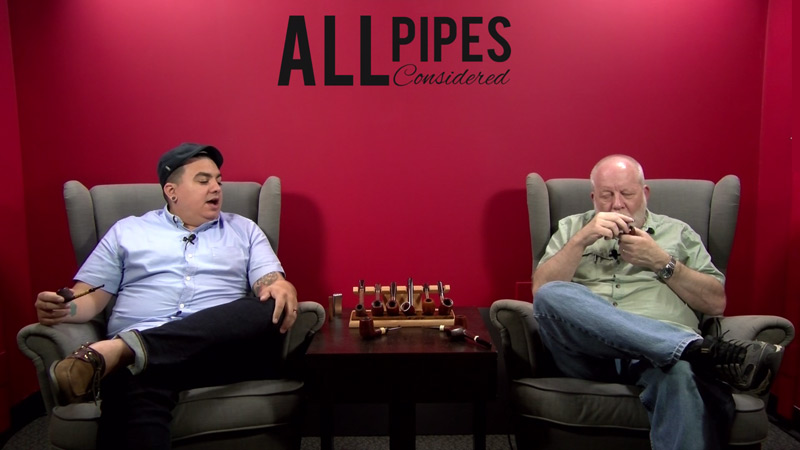 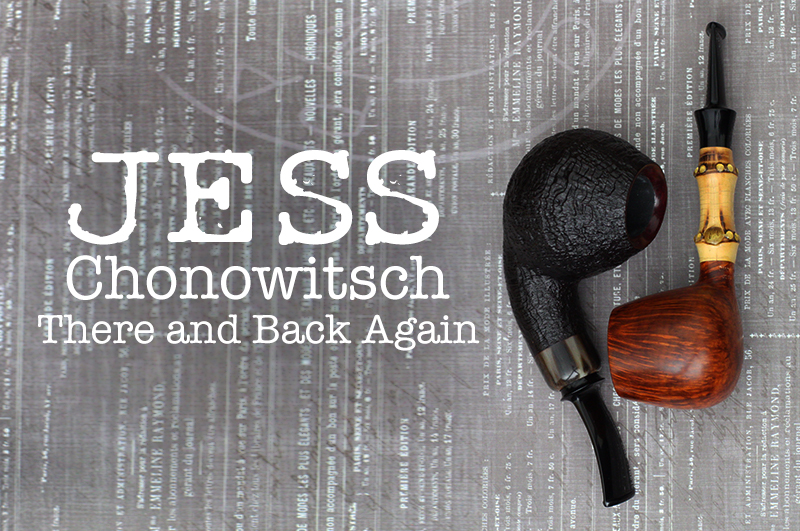 Chonowitsch: There And Back Again