How Tobacco Ages
July 2, 2018 by Chuck Stanion in Tobacco Talk 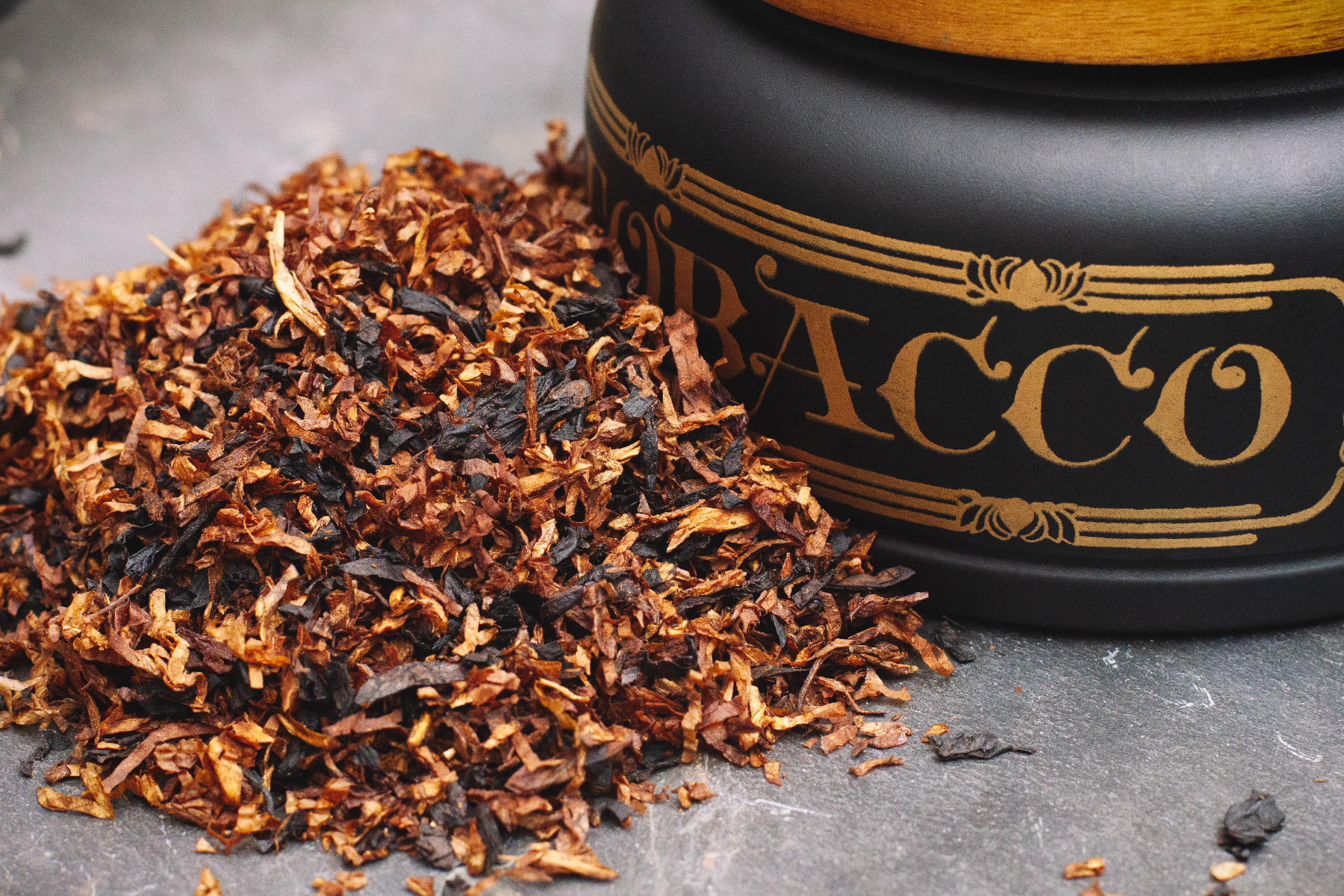 I know how I age: Resentfully. But tobacco ages more gracefully, and every pipe smoker should take advantage of that process to attain the pinnacle of what pipe smoking offers.

Historically, blenders did not invest much consideration in what happens to tobacco after tinning. It was manufactured to be sold and smoked right away. Tobacco cellaring is a relatively new phenomenon, and the advantages of aged tobacco have been widely noticed only in the last 30 years or so. Other blenders undoubtedly noted the tobacco aging process, but McClelland Tobacco Company seems to have been the first to truly utilize it for quality purposes, storing Virginia tins for up to three years before making them available to retailers. McClelland's Millennium was a straight Virginia tobacco designed to be aged five years before opening in the year 2000, and all the company's Christmas Cheer renditions are well known for their aging characteristics.

The Effect of Aging

The impact of aging is unique to the type of tobacco. Most feel that aromatics don't particularly improve with age, though the flavors may marry and become smoother if the base tobacco has good sugar content. However, tobaccos with relatively low sugar content are typically used for aromatics because higher grade leaf doesn't improve in flavor with the addition of flavoring agents (because it's already sweet), but lower grade leaf does. That doesn't mean high-quality, lightly flavored aromatics don't exist, but it's unusual for flavoring to be added to high quality leaf. The main component is usually Black Cavendish, in which Virginia and/or Burley are steam heated and impregnated with flavorings, so Black Cavendish is more of a process than a type of tobacco.

English and Balkan blends age better than aromatics. These blends contain Oriental or Turkish leaf, including Latakia, but they are fairly stable after processing and you shouldn't expect large improvement. Virginias will show the most improvement during the aging process. A basic rule to remember is that the higher the sugar content of the leaf, the better it will age. Burley and Maryland tobaccos average just 0.2 percent sugar, while Turkish averages about 12 percent, and flue-cured Virginias average about 22 percent but can climb into the mid-30s.

Curing Makes All The Difference

Part of the reason for the disparity in sugar content is the way different tobaccos are cured. The aging process we're interested in is fundamentally an extension of the curing process. Plant leaves build up high levels of starch to store carbohydrates through the course of their lives. When the leaves start dying, those starches begin converting to sugars.

Burley is hung in barns to slowly age and die over the course of months, during which starches change to sugars, and the sugars eventually convert to carbon dioxide and are released into the air. The final sugar content of Burley is low because the curing process takes the starches through the sugar stage and directly to CO2 without adding additional sugar to the leaf.

For Virginias, which are mainly flue-cured, the chemical process is different. We wouldn't like Virginia straight from the field because it's high in starches. High-starch leaf would be acrid and very harsh to smoke.

In flue curing, the temperature in the barn is raised quickly, accelerating the conversion from starch to sugar and then drying the tobacco, halting the enzymatic activity that would then convert the sugars to CO2. Without that respiration, sugar content is stabilized, often at 25% or more. Flue-curing reduces starches and increases sugars, with the aim of stabilizing the leaf at a high sugar content.

The Magic of a Tin

After processing, blending and tinning, even though the blends have high sugar content, they are still comprised of a combination of sugars and starches. Those starches will continue to convert in the tin at a much slower rate. The tobacco can continue to improve for decades, much as wine does. Wine and tobacco both become more complex with age, marrying flavors, continuing to ferment at a reduced rate. And like wine, tobacco will stop aging after you open the container because respiration resumes.

Tobacco leaves have tiny, hair-like structures that produce terpenes, which are compounds responsible for aroma. Different terpenes include menthol and pine pitch. The terpenes produce duvatrienediols, which are the compounds responsible for the unique flavor and aroma characteristics of tobacco. What we recognize as tobacco when we sniff the air is identifiable partly because of the breakdown of duvatrienediols. That breakdown provides more flavor and more aroma, and it continues year after year.

When proteins, such as amino acids, break down, they leave short-chained fatty acids, which are significant flavor compounds. Those fatty acids produce ketone compounds that interact further and produce the Maillard reaction. The Maillard reaction is so important that I'm surprised no one has named a pipe shape after it yet. It's a chemical reaction that produces an amodoric compound that is found in food and enhances flavor. It also produces pyrazine, which is associated with aromas such as popcorn. Pyrazine is what human beings are physiologically sensitized to in order to perceive odor and flavor, and it takes only minute amounts to have a profound affect.

That's what is happening in your tins as they sit idly on shelves for years, and it's worth the wait. My favorite tobacco is a Virginia/Perique blend, and I don't smoke it until it has aged at least two years, and preferably five, because it's a different tobacco after that process. I don't even like it before it's aged. The first time I bought a tin of it, I threw it away after one bowl. But the aged version is sublime.

If you like Virginias, and even if you don't, you should consider putting some away for the future. They'll only become more valuable, and the flavor profile will continue improving. Aged tobacco is sweeter and mellower; the flavors are deeper, more married, smoother, and the potential for tongue bite is reduced. Cellaring takes time, but it's otherwise free, and the inherent enhancements will gratify and excite. 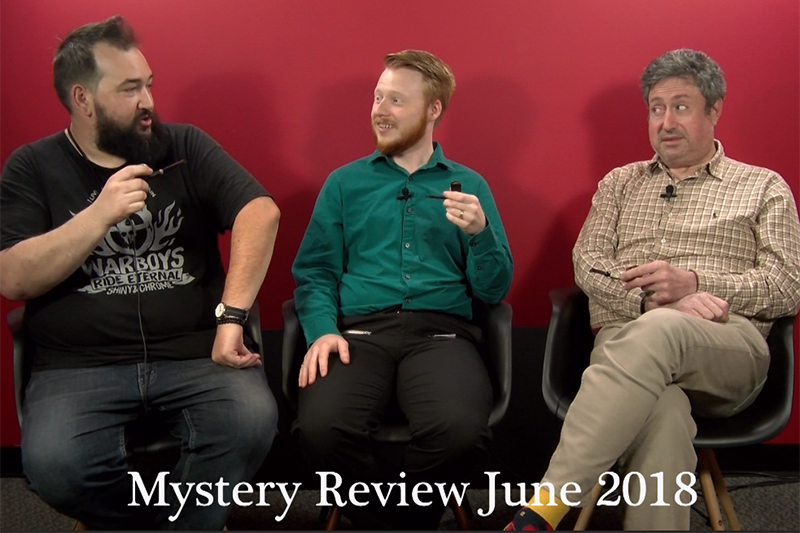 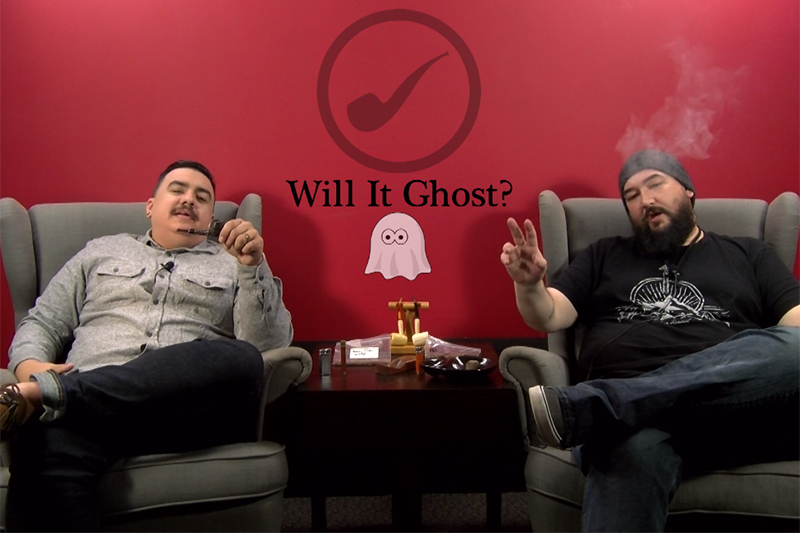 Will It Ghost: Brown Flake 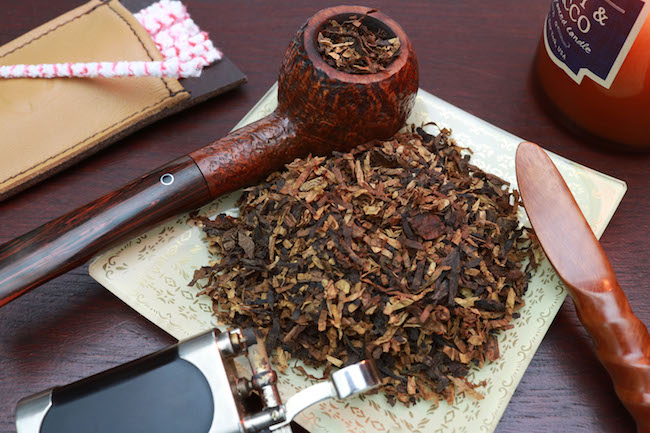