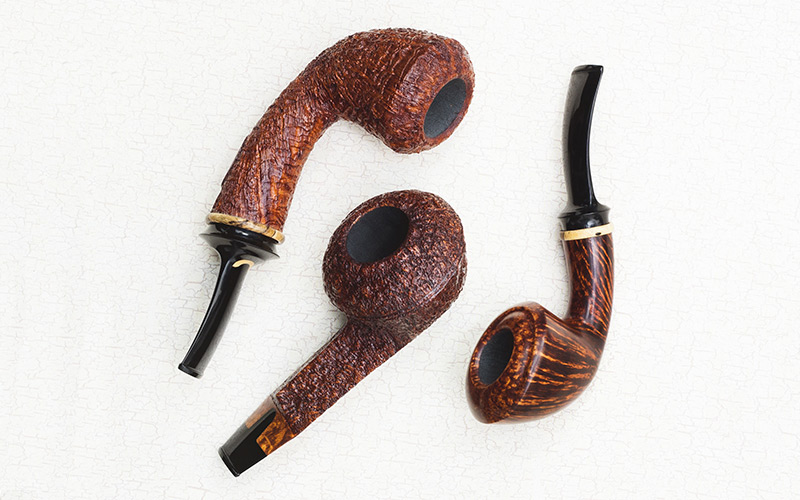 Jody Davis. If you're at all familiar with the artisanal pipe making scene, you've more than likely heard his name. His pipes, however, are some of the hardest handmade pieces to come by — prized by collectors for their unique style, excellent craftsmanship, masterful engineering, and sheer rarity.

You see, as a touring guitarist for the Grammy-nominated Christian Rock band The Newsboys, Jody keeps his production low, very low. Most of these are commission pieces, and very few ever hit the estate market. So how does a collector add a Jody Davis pipe to his rotation? In the past, the answer came down to luck, being at the right place at the right time, knowing the right people, and some serious patience. But all that changes today, as we're proud to add Jody to our list of supported artisans with this very special update of three pipes.

Jody's style is a beautiful fusion of form and function — crafting forms using only the highest quality materials with excellent engineering and a strong focus on the classical and the neo-classical. For a more tangible description, let's take a look at a recent interview our pipe manager, Shane Ireland, conducted with Jody:

When did you make your first pipe?

I started smoking a pipe (of course), and I got into estate pipes. I was a touring musician at the time, and I was also interested in antiques. I would go to antique stores, because back then (90s), there was no eBay or anything. I would find great, old english pipes, and I ended up collecting hundreds of pipes doing that. It's in my nature to know how things are done, so I thought that it'd be really fun to make a pipe. I found a pipe kit at a shop in Tennessee and made a pipe (sort of).

My friend Keith Moore, who was working at Uptowns in Nashville, encouraged me to keep making pipes and also hooked me up with some great pipe makers, like Jess Chonowitsch for example. At the time, not a lot of people were selling pipe making supplies, and there was no real information on how to make them. I met J.T. Cooke, and he invited me to his shop and was really the first person who showed me proper tooling and technique. I went to Vermont and spent a week or two with him. I only made one pipe, but the entire time I was there, he was showing me how to make the tools and what to do. I video taped everything and came home and retooled my whole shop.

Todd Johnson and I were buddies, and we kind of came up at the same time, both with the idea of making pipes in the same way that the Danish Masters did. Todd went to Denmark and learned how to freehand drill from Tom Eltang. He stopped by my place with some drill bits, and I started to dabble with it myself. I like to make classic pipes, and that's what I smoke. But freehand drilling opens up a totally different world.

Did you smoke a pipe before you started to make them?

Yes. My grandfather did smoke a pipe, but I wasn't that close to him. My dad also dabbled in pipe smoking a little, but my pipe-smoking mentor was a choir teacher in high school. He was a great, classically trained musician and had great taste in music. We actually had a Top 40 band together. He was a big influence and also a pipe smoker. I got an estate Peterson Canadian, and shortly after that, I attended a C. S. Lewis discussion group (where everyone would sit and smoke pipes). One of the guys was smoking something that smelled great, and it turned out to be Esoterica Margate. So I got started off on the right foot.

What's your favorite shape to smoke, and favorite to make?

Well, to smoke, I generally smoke very classic pipes — Billiards, straight Dublins, etc. Sometimes in the shop I prefer stubby designs that don't get in the way. So I designed my Workhorse Billiard, which interestingly enough, I've never made for myself! To make, I really enjoy the more Danish classic shapes like the Blowfish and the Elephant's Foot. And sometimes I just like to make something off the wall. Finish wise, sometimes I like to go through the process of making a smooth, but sometimes, you just want to make a blast. 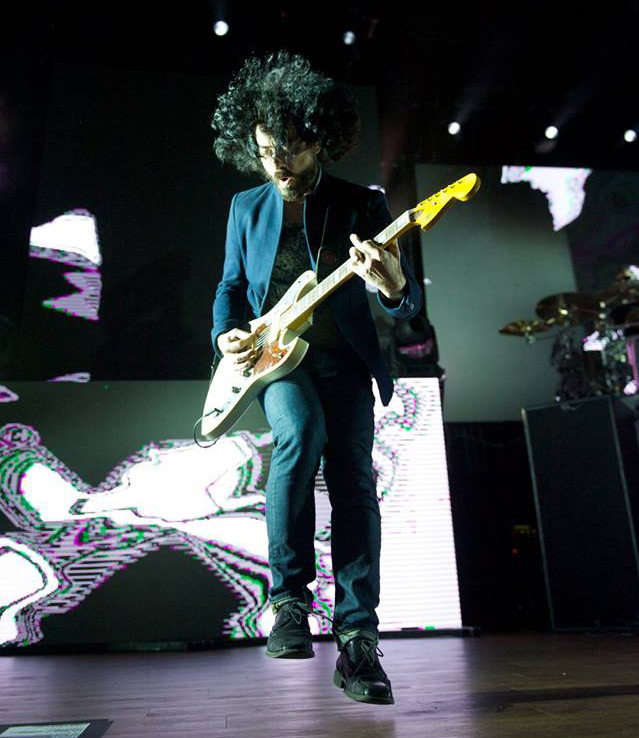 When did you return to touring/music?

Almost exactly seven years ago. I moved from Yuma, AZ back to Nashville, and I've been doing that ever since.

Who has been the most influential pipe maker for you?

J.T. Cooke really steered me in the right direction, along with some of the Danes (Jess and Lars). Although with Jess it felt much more like hanging out. We'd be in the shop and process and tooling would come up, but it was just more of a hang, really. As far as direct tutorials. Keith Moore would call me any time Uptowns had a new shipment of pipes from Lars, S. Bang, and Jess. It was great opportunity to study those pipes. It wasn't easy to get your hands on pipes of that caliber back then.

Who are you impressed with these days?

I'm not able to attend shows now that I'm always touring with the Newsboys, but from what I have seen, Jeff Gracik and Adam Davidson both have tremendous amount of natural talent and do great work. Alex Florov also has a very unique way of making pipes, and he does a lot of really cool things. I think sometimes people feel like you have to do certain shapes or things as a right of passage as a pipe maker, but I think you need to find your own voice. 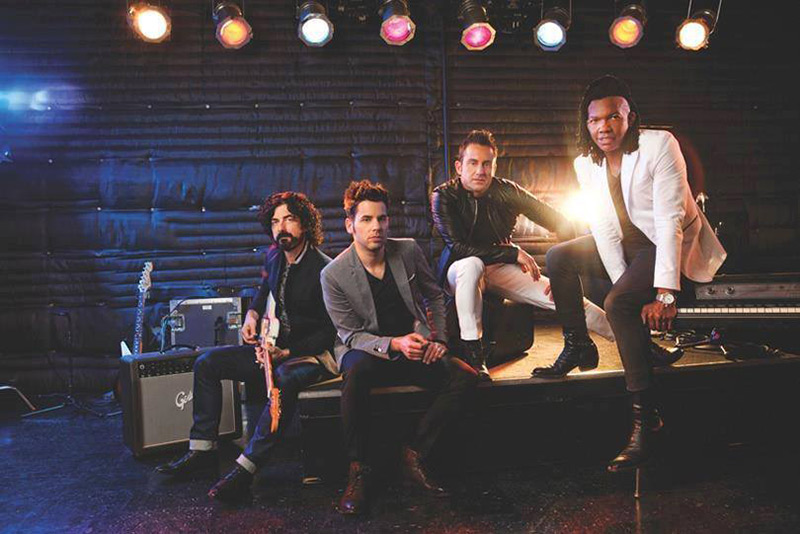 What is it like to juggle music and pipe making?

Well, it's a never-ending circle of frustration. In the music industry, I have to work with the band, but in pipe making it's just me. I'm gone a lot, and I want to spend as much time as I can with my family as well, but then there's the drive to make pipes. I'm always thinking about getting in the shop to make some pipes. Sometimes you make plans to get into the shop, and it doesn't quite go that way, with so many things pulling you in different directions. I may not be making pipes full-time, but it's not just a hobby; it's what I do. If I don't do it, then I'm not complete.

I've played with the Newsboys for 20 years (with a hiatus). In that time, we've received several grammy nominations and were a huge part of the biggest independent film in the world in 2014, God's Not Dead. It was the number one Indie film in the world. We just filmed the sequel, which should come out in April, and we perform in that. Our single "God's Not Dead" went platinum last year, as well.

In addition to pipe making, I also build high-end guitars in my spare time. Zane guitars (WI) are actually now making one of my designs.

Would you explain your grading system to us?

The idea was to have a grading system that was easy to identify just by seeing the number and the finish. I also include a two-digit year stamp and a serial number that indicates the production number of the given pipe for that year. So, a pipe stamped Cardinal (A 15) (03), for example, would be an A-grade Cardinal and the third pipe made in 2015. Here's a broken down version:

We're extremely excited to add Jody to our range of artisans and offer his pipes to the world at large. Here's some photos of the first pieces we received from Jody, and if that's any indication, we can expect some truly beautiful designs coming our way in the future. 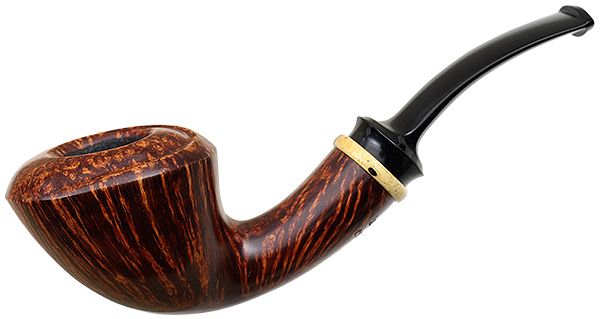 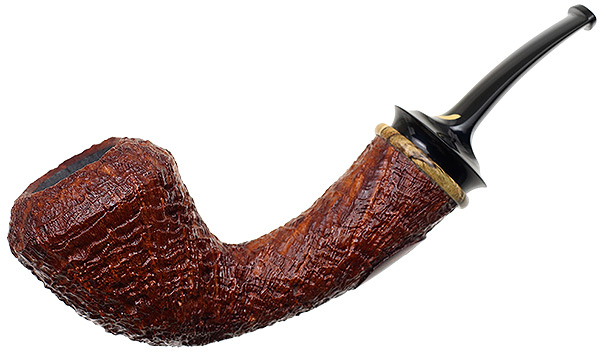 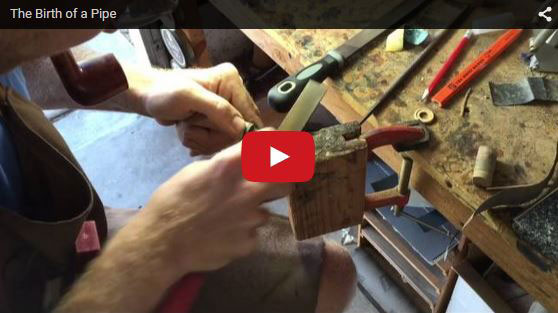 J.Alan: The Birth of a Pipe

Catching Up With Alex Florov 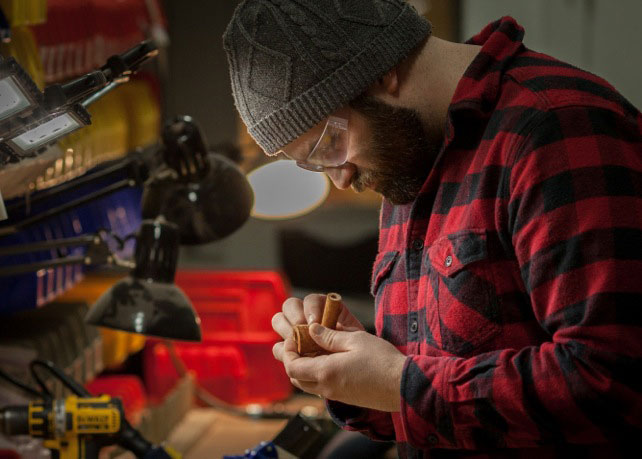 Pete Prevost: A Man of Many Talents