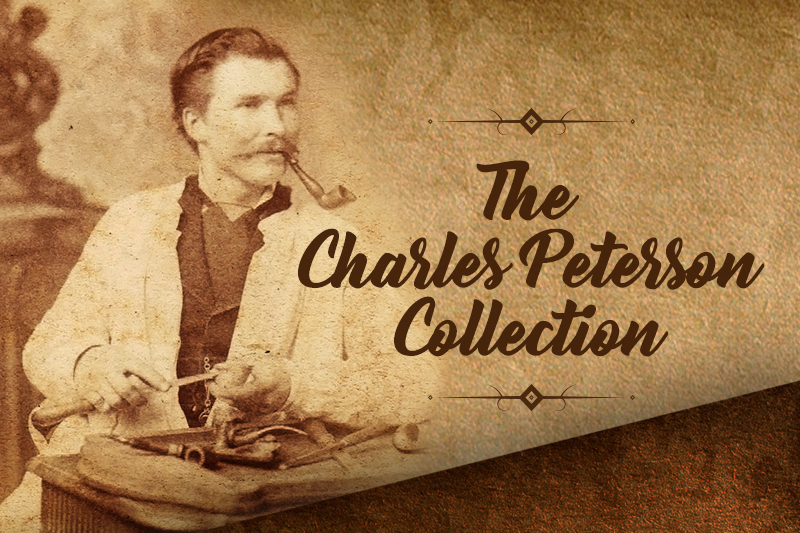 Peterson of Dublin is doing some particularly innovative work, improving and refining their sandblasting, their finishing processes and design. A large part of their ability to do that is thanks to the founder of the company, Charles Peterson, who designed the world-famous Peterson System Pipe and whose legacy of innovation continues to inspire all who continue to manufacture the most famous of Irish pipes. The Charles Peterson Collection has been launched in commemoration and celebration of Charles' innovative spirit, and exceptional series will be highlighted as part of the Collection, beginning with the company's most recent series, the Iora, now available.

The Innovative Legacy of Charles Peterson

Charles Peterson was 23 years old in 1875 when he emigrated to Dublin, Ireland. He'd come from Latvia, a country in the Baltic region in Northern Europe, where he had trained and was certified as a woodturner, and almost immediately began working for the Frederick Kapp tobacco shop that had recently opened on Grafton Street.

Charles worked as a pipe maker in the shop, most likely exhibiting his craft in the window for passersby and customers. Meerschaum pipes were more popular than briar at that time because briar was a relatively new medium for pipes and had not yet reached its inevitable popularity, and Charles probably spent most of his early time with meerschaum. Still, he was a woodturner, and briar would have been an attractive medium for him. He worked in briar as well, and over the next few years recognized that briar had enormous potential.

Skilled and smart, he started thinking about pipe designs, especially the advantages and disadvantages of various engineering approaches. It was a time when pipe tobacco cartridges and a plethora of filters were being experimented with by both manufacturers and smokers, but Charles was invested in improving pipe design itself rather than adding gizmos and gimmicks. 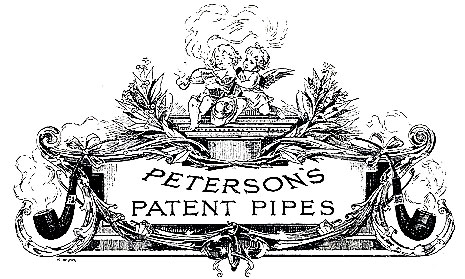 It was in 1890 that Charles submitted his first pipe patent, which he called, "A certain new and useful improvement in Tobacco-Pipes," and began stamping the pipes with "Peterson's Patent" and the patent number. More patents with additional improvements would follow over the next few years.

Charles was a pipe smoker and he approached the project of improving pipe engineering from the perspective of improving the smoking experience. Moisture and tongue bite were the most common complaints of pipe smokers, and Charles developed the Peterson System to combat those issues, starting with the graduated-bore mouthpiece that wicked moisture downward and away from the lip button, where, as we all know, the most minute droplet of moisture finding its way upward can utterly destroy even the most robust of taste buds.

To collect the moisture being drawn downward, Charles provided a reservoir in the shank. The graduated-bore mouthpiece (1891) drew the moisture away from the stem and the reservoir collected it in a place where it could not interfere with the flavor of the tobacco.

Finally, Charles made yet another breakthrough in his combat with tongue bite: The P-Lip mouthpiece (1894-1898). Its careful and precise shaping spread the smoke over the entire tongue rather than merely on the tip, where discomfort is most acute. When the tongue rests beneath the P-Lip, smoke disperses evenly and activates more taste buds, providing full-spectrum flavor, even distribution, and a smoking experience unsullied by tongue bite. 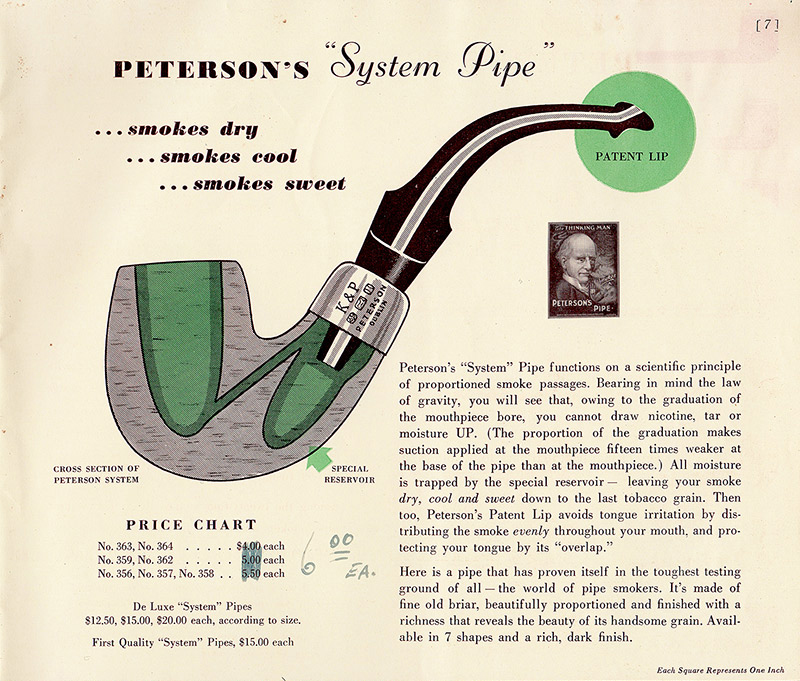 His continuous approach to each of the problems suffered by pipe smokers worked, and worked well. His System design has proven popular for more than a century because it works. Additionally, the engineering necessary to accommodate the moisture reservoir necessarily changed the shape of Peterson pipes, which are muscularly proportioned and easily recognizable. Peterson pipes were popular at their inception because they were something brand new and worked spectacularly well. Today they remain popular because pipe smokers tend to appreciate their historical appeal and because they work spectacularly well. Pipes that work don't need much change, and Peterson's reputation was built on their reliability, sturdiness, and dry, cool smoking qualities.

We have Charles Peterson to thank for that. Had his genius taken him to science, art, music, or any number of other more practical fields, he would have been celebrated worldwide, but he chose to apply his talents to pipes, which we smokers appreciate but are not as universally appreciated as if he had, for example, invented the light bulb. However, those of us who appreciate pipes know that his contributions are of similar importance.

Peterson pipes possess historically antique appeal. Except for minor improvements in finishing and manufacture, they have not changed dramatically since their invention by Charles Peterson more than 130 years ago. 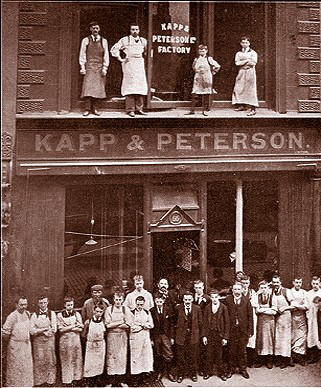 Because the collection highlights the innovation of the inventor of the Peterson System, its pipes are also innovative. Available in limited quantities, pipes in this special collection feature unique stains and intense quality control and details that are attainable only in small batches. Each pipe in the Charles Peterson Collection is stamped with Charles Peterson's initials to designate their notability.

"The idea behind the series," says Josh Burgess, Managing Director of Peterson, "is that these pipes will feature the best of Peterson's craftsmanship and will be particularly innovative in some distinct way. And that's where the Charles Peterson piece of the inspiration comes in and why we've decided to call it the Charles Peterson Collection. I think it's easy to lose sight of what an innovator Charles Peterson was. He developed the P-Lip. He developed the System design with the graduated bore in the stem and the moisture reservoir in the System pipe."

Charles was a talented inventor, and the Charles Peterson Collection is designed to celebrate him not as some dimly remembered figure of the past but for what he continues to mean for the brand: an inspiration for continued innovation.

"Everything in the Charles Peterson Collection will be special in some way," says Josh, "and it will necessarily be limited, whether that's due to the extent of the craftsmanship required for the pipe or whether it's something inherent in the materials." Examples would be especially elevated sandblasts or particularly well-grained smooth pipes. "The pipes will always be special and limited."

An Inspired New Series: The Iora 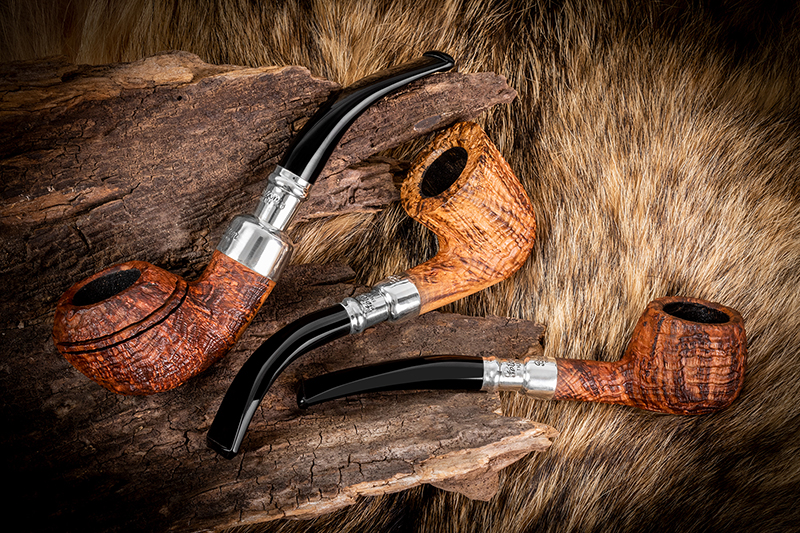 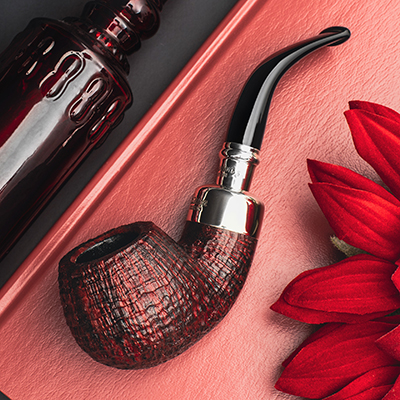 "We had a lot of fun with the Rua Project," says Josh. "It was our first contrast-stain sandblast and was developed under the leadership of Giacomo Penzo at the factory." After the Rua's launch, the folks at Peterson happened across one of Giacomo's early Rua iterations as he experimented, a prototype. "We were so taken with it that we decided it deserved its own special series, under this umbrella of the Charles Peterson Collection. The problem was that Rua of course means red. It's the color associated with foxes, but this was a lovely brown pipe. So it didn't work for Rua, but it was so nice on its own that we wanted to do something with it."

All of the Iora line is contrast sandblasted, but features especially choice grain as a defining characteristic. As pipes are sandblasted at Peterson, a careful watch is kept for exemplary sandblasted grain, and when one is found, additional time is devoted to best profile that grain and best highlight that quality. 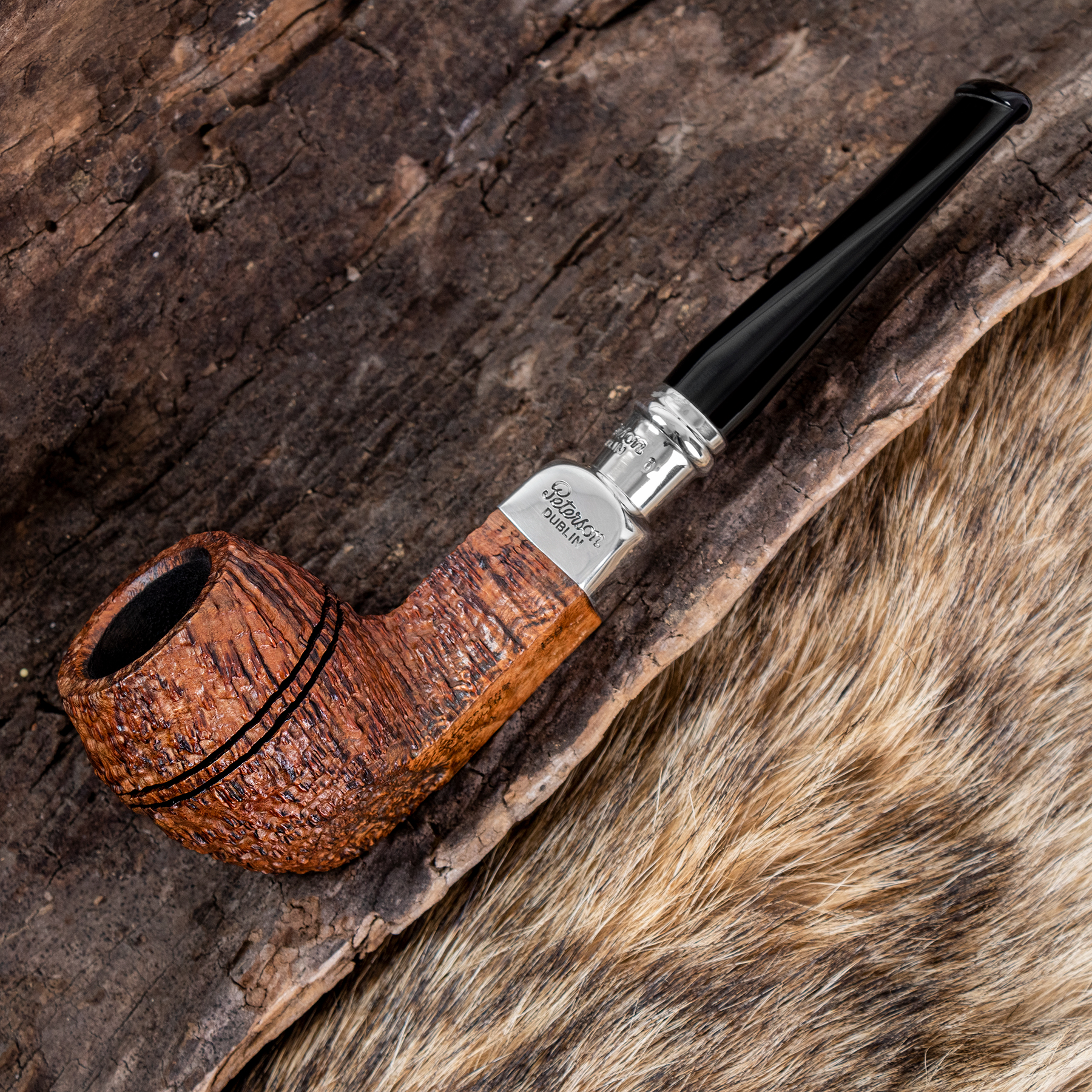 It's an exceptional series of pipes elevated by a breathtaking contrast sandblasted finish, incorporating two different stain colors. Contrast sandblasting is a technique found almost exclusively in artisan pipe making and is a labor-intensive, time-consuming process. The pipe is first stained one color, then sanded or sandblasted, and then, after adequate wait time for the color to set, restained with a second color.

Where the Rua's contrast is between black and red, the Iora showcases the natural grain of exceptional briar with dark walnut undertones juxtaposed against brighter chestnut highlights. The contrast staining of sandblasted briar visually emphasizes the grain and texture for a breathtaking presentation.

The Iora is an exceptional line of pipes appropriate for the debut of the larger Charles Peterson Collection. They are limited in number because of the rarity of the briar and the time and skills necessary for contrast staining, and underline Peterson's commitment to artisan craftsmanship and innovative design and finishing. Charles Peterson's innovative spirit continues to inspire Peterson pipes. 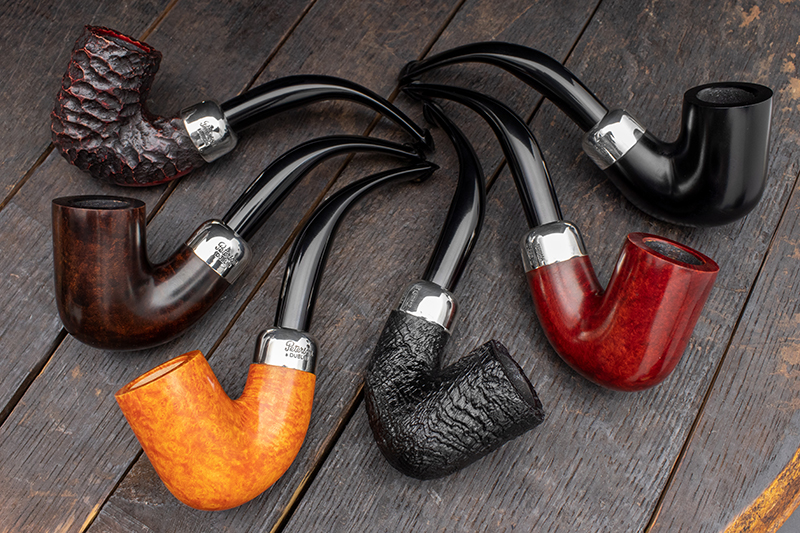 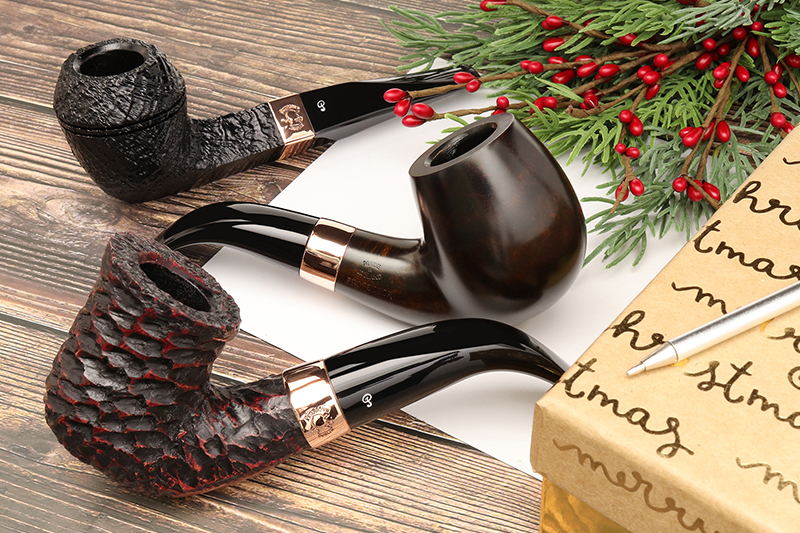 The 2021 Release of Peterson Christmas Pipes