Introducing Li Zhesong
May 19, 2015 by Eric Squires in Makers and Artists Given the great multitude of new pipemakers that have cropped up in recent years, it only follows that the question, "What does a new pipemaker need?" must have been asked many times. But what of a new school of pipemaking?

If the successes of the new wave of American artisans, and of the "young Greeks" are considered, I would point first and foremost to perfectionists. Whether it's ushering in a new and distinct generation of craftsmanship (as in the US), or putting another country on the map as a place were great pipemakers are coming from (see: Greece), what you want are some Jeff Graciks and Adam Davidsons, some Chris Asterious and Michail Kyriazanoses. What these sorts will do is A) prove by merit of the pipes created that this new thing that's happening is worth wider attention, and B) establish high standards which other new artisans to follow will look towards as both their goal, and their competition. You want artisans artisans at the starting gate who are, above all else, meticulous in their craft.

Fortunately, when we look to the artisanal pipemaking lately emerging in China, we are finding that. It's especially fortunate given that this is so far the only advantage the development of pipemaking as an art and craft has in China. It doesn't have ready access to the preferred materials of Mediterranean briar and German vulcanite, it certainly doesn't have ready access to learning opportunities from established pipemakers of other schools or older generations — but it does have a few, very few (it's early yet), people like Li Zhesong.

Given that the making of individual, hand-crafted pipes aimed towards the discerning collector and smoker only began emerging in China perhaps a decade ago, and full-time pipemakers only around five years ago, to come upon work like that presently produced by Li is both surprising and promising.

And surprising and promising is pretty much how Shane described to me his meeting with the man himself at the Chicago show; surprising just how damned meticulous Li was as a craftsman, his insistence on everything he handed over to us being as perfect as he could humanely make it, and promising in that surprise. Li even insisted on re-polishing the briars we purchased from him, considering it unacceptable that he should present the creations he was responsible for to us otherwise, after they'd been handled by himself and others during the course of the show. (The man even includes a microfiber, custom-logo polishing cloth with every pipe he makes — so he had plenty handy.)

Shane barely, eventually, managed to convince Li this wasn't necessary — only by explaining to him that our photographers and writers would have to handle the pipes again before they reached a customer, and ensuring him that we ourselves by habit go over briars like his with a polishing cloth after that process. The man is obsessed, and it's the kind of obsession we're happy to get on board with. It's the kind of obsession that's promising.

To see more work from Li Zhesong, check out his product page, or take a look at the gallery player below. As always, feel free to share your opinions of his work and this expansion of the world-map of pipedom in the comments section below. 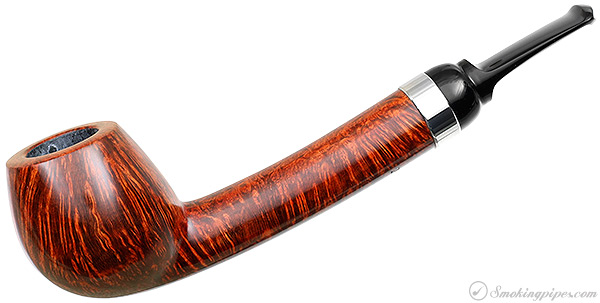 Expanding the World-Map of Pipedom 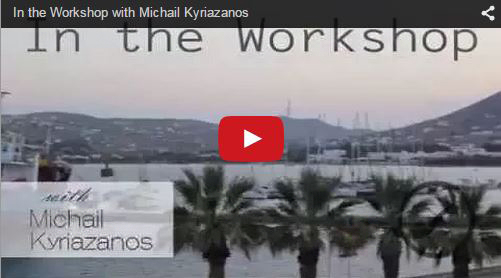 A Day With Michail Kyriazanos