I'd never heard of today's mystery tobacco until I stumbled upon it while searching for something else. That may seem a little odd, since (as you'll see, eventually) the maker is far from obscure; in my defense, though, let me just point out that we do have a hell of a lot of tobacco around here.

Extremely dark and extremely fine-cut... what is in this little bag of mystery? It smells mainly of sweet, dark Virginias, slightly musty, with maybe a hint of black Cavendish. It's apparent there's a rich smoke in store.

It's fairly moist right out of the tin (or baggy in my case), but a few minutes out in the open air brought the moisture down to a more tolerable level. Given its almost shag-like cut, it unsurprisingly packs easily and takes well to the charring light. That initial light was sweet and rich, just as I had expected, but with a strong complexity I hadn't expected from the tin aroma.

I'm not sure if there's a topping or if it's just the processing, but there's a lot of flavor here — subtle earthy notes and rich, creamy wisps that I wouldn't normally associate with pure Virginias. Maybe it does indeed have a bit of black Cavendish?

It burned evenly all the way to the bottom, yet that pronounced sweetness translated into a bit of tongue bite if not sipped slowly. The aroma wasn't exactly fragrant, but of sweet, dark Virginias. The complexity and smoothness remind me of James J. Fox's Hibernia blend, but the cut and color... I'm not sure. Taking those latter factors into account, the only other thing that comes to mind is McClelland's Black Shag... but could a pure, dark Virginia blend really be this complex? The bag left on my desk by Eric had a few bowls worth of a mostly dark, fine-cut blend. The smell in the bag is a little sweet, and a little tart with some spice. Packed easily and took to the flame well after a charring light. The light spice comes through in the flavor, along with some fairly mature/fermented Virginia notes that has me thinking there is a decent portion of stoved VA. I feel like I really have to dig deep to pick out anything specific in this one, but that's not to say that the overall flavor isn't pleasant. Sometimes I get a little cocoa powder—sometimes it's honey and toasty-sweet. S'mores? Call me crazy, but the light chocolate, honey graham cracker notes, and a slight creaminess keeps reminding me of the sweet, campfire delicacy. This is an interesting tobacco, but I'm not sure that it's for me.

After the last mystery review, in which Eric threw us one of the heavier Latakia flakes I've smoked in a while — in the middle of a mini heat-wave — I was justifiably cautious when he passed me a baggie of dark brown and black tobacco. Opening the bag though it became apparent that instead of yet another Latakia blend, we were being given something that was at the very least primarily stoved Virginias. That sweet smoky smell greeting me as soon as a mere half inch of the ziploc had been unsealed. The cut is an extra fine shag, medium length, and coloured dark brown to black, though as far as I can tell it's all of the same tobacco.

Upon lighting the first thing that grabs me is that, in addition to the expected, sweet, tangy spice from the stoved VA, there's a sweet, almost honey taste. About a third of the way through the bowl that lost its prominence, but still remained as a backdrop until the bowl was mere ashes in the heel of my tester cob.

Stoved Virginias, a shag cut, as near as I know the only blend (that we stock) that this could be is McClelland Black Shag. I definitely hope so anyway, and if it is I'll be popping the tin I have in my cellar as soon as I get home. Alright, Andy got it right first, and I'm not entirely surprised. Given how many dark shags, flakes, Lakelands, and the like he's been fiddling with for months now, even if he'd never smoked McClelland's Black Shag before, he should have been able to guess this one just by knowing what it wasn't. As for Adam, he claims this one was "obvious" — and it is certainly distinct enough to remember.

So there you have it, Black Shag: potent of tin-note, yet subtle in the complexities of smoke. 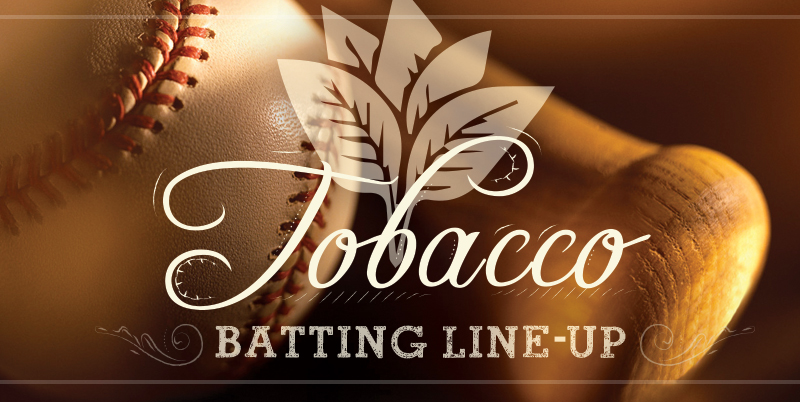 How to use the Tobacco Locator 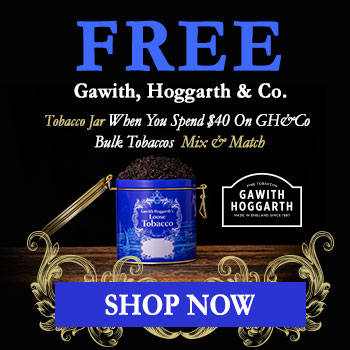 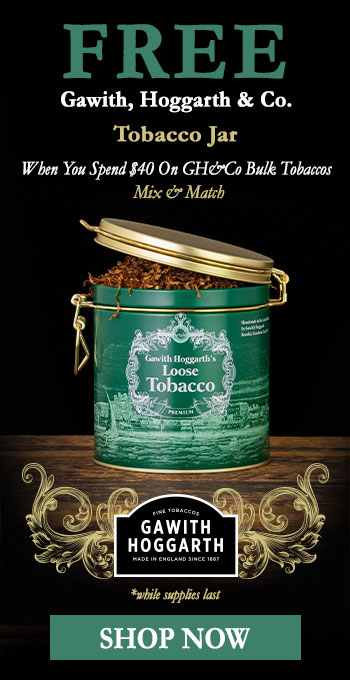