Today's mystery blend is something special, in that it succeeded in stumping everyone involved, despite being a regular smoke for more than one other dweller amongst our offices. Not that this influenced my choice of it, mind you — I didn't find that out until after I'd picked it. Mostly it was chosen because I'd been listening to Lee Hazlewood's Trouble is a Lonesome Town, and the blend's name bore a passing resemblance to that of one of Trouble's inhabitants, "Winfield Bloodsaw, he's the fella that runs the feed store..."

Enough preamble, and on with it.

"It has now been a while since we've done one of these mystery evaluations, so I'm feeling a little bit rusty. Eric presented me with about an ounce of tobacco, which I eagerly spread onto a sheet of paper to examine. The cut is very fine, somewhere between an Orlik blend and a G&H shag. In terms of color, it's almost entirely brown, with a few black pieces here and there. The tobacco has a fairly light scent — sharp and sweet, with just a hint of smokiness. Tobacco packs and takes a light easily. This blend takes off pretty quickly. It's meaty and strong with that bacon-like flavor that I associate with dark-fired Kentucky. There's a light sweetness from the Virginias and a whisper of smokiness that suggests that the blend contains just a dash of Latakia.

As the bowl progresses, that smokiness weaves in an out. Just as you begin to put your finger on it, it's gone again. So to try to get some resolution, I packed a second bowl and picked out as many of the black pieces of tobacco as I could and layered them on top of the bowl. While that wasn't quite as definitive as I had hoped, I'm pretty sure that the blend contains at least a small measure of Latakia. On the whole, this is a really nice smoke — it's not terribly complex, but it is satisfying. I could easily see this being someone's all day smoke, although I have no idea what it is. Once Eric reveals the mystery, I'll probably pick up a tin."

Thus begins a major theme of this particular mystery-review cycle; What's in it? Specifically, they kept inquiring about Latakia, and I kept responding, "Well, there isn't supposed to be."

"I have no clue what this is. The cut is ribbon, fairly dark with what looks like some lighter Virginias peeking out here and there. The tin note is raisiny with a distinct smoky, campfire-like aroma, which makes me think there's a touch of Latakia [Ed. - might as well get used to hearing that] here. The initial light was very sweet, with a smoky Latakia-like notes [Ed. - warned'ya] at the draw. Further down the bowl, the smokiness dissipated, and it developed a certain richness, not unlike that of butter. In some ways it reminded me of well-aged Marlin Flake or some old Haddo's at this point. But then again, there was some underlying freshness there as well, some citrusy tones that came forward about half-way through the bowl. The really odd thing, however, was the weird hints of coconut I picked up throughout the smoke. Do all these self-contradictions make sense? No, but like I said, no clue what this is..."

Well, that's not entirely true, Andy. I did tell you it was named after the inventor of the "original version of lawn tennis."

"You never know what you're going to get from Eric. That's why I'm smoking this latest sample in a corn cob. [Ed. - someone's learning!] Before lighting up, though, I took a whiff of the mysterious blend he handed out. It's got a savory, smoky, beef jerky note to it, which reminds me of dark fired Kentucky. Upon closer inspection, I notice there's some black specks in it too, which could be either Latakia or Cavendish processed Burley. Once lit up, I think it's Latakia. Could it be rubbed out HH Latakia Flake? The smoke itself is both sweet and tangy, there's some strength to it. It's good stuff, though not of a type I'd smoke normally. And as such, I've got no idea what this is. I suck."

Well, maybe, Ted, but if so Andy and Josh suck too, so there's that. Sure enough, when I walked into Josh's office this morning, he and Ted were in there picking out dark bits of leaf and lighting them on fire, still trying to figure out if there was Latakia in this blend. My answer still remained, there's not supposed to be.

Nonetheless, after going back to my desk I stuck the tin under Adam's nose and asked for his assessment. "Smells like old Marlin Flake," was his first observation. We picked at it, lit some on fire ourselves, and came to the conclusion that it might be either some very mild Latakia, or, fitting with the official story of "fine Virginias [...] carefully blended with sun cured and dark leaf" a stoved Virginia that's taken on some Latakia-like qualities.

Then Shane happened by, saw the mix, color, and cut we were poking at, and said, "Oh, Wingfield!" In case you haven't guessed, he's one of those around here that have been smoking this stuff regularly. In fact, he informed us that he'd just bought a dozen tins.

And then he dropped the bomb on us: We were looking at eight-year aged Wingfield. Turns out Shane was informed Steve Monjure had several dozen old tins turn up, so he pestered Bill into ordering them for us — and that's what I'd unwittingly pulled off our shelves.

Turns out, this time I didn't know what I was giving our test subjects, either. 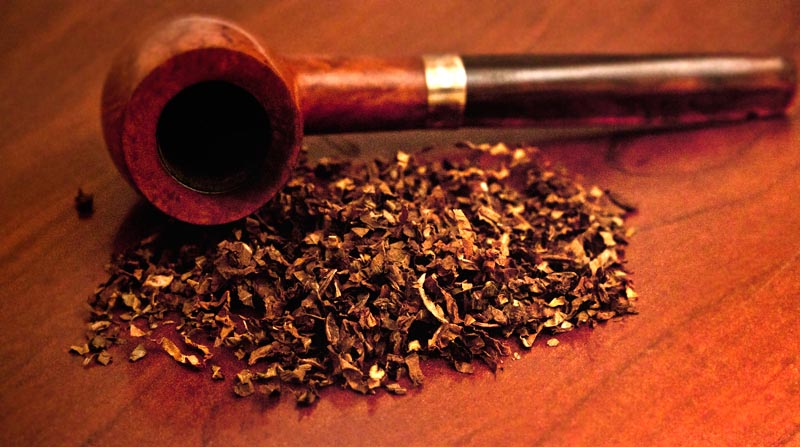 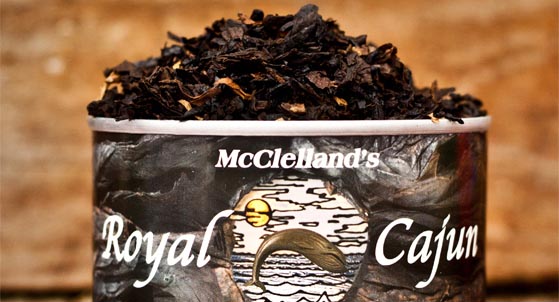