Smoke Rings: My Father The Judge
September 8, 2020 by Tim Vanderpool in Cigar Certified

Welcome back to another episode of Smoke Rings. I'm Tim Vanderpool, the cigar specialist for Smokingpipes.com, and today we're going to discuss one of my favorite offerings from My Father's Cigars: The Judge. Available in four distinct vitolas, The Judge combines Nicaraguan filler with two Nicaraguan binders, all enveloped in a naturally sweet Ecuadorian Sumatran wrapper. Blended for sweetness and strength, it's a high-octane, full-bodied smoke, but the complexity is what's truly impressive.

My Father's The Judge was first released in 2016, starting with just two vitolas: the Grand Robusto (5"x60) and the Toro (6"x56). It was a highly anticipated release, especially since Cigar Aficionado had already voted two of My Father's cigars their #1 picks in 2012 and 2015 — the Flor de Las Antillas won the #1 cigar in 2012, with the Le Bijou following in 2015. Despite the elevated expectations, The Judge was well-received and continued to be as the company expanded the line. In 2017 they debuted The Judge in a Toro Fino vitola (6"x52), and that same year The Judge's Grand Robusto size won the #7 spot on Cigar Aficionado's Top 25 list. 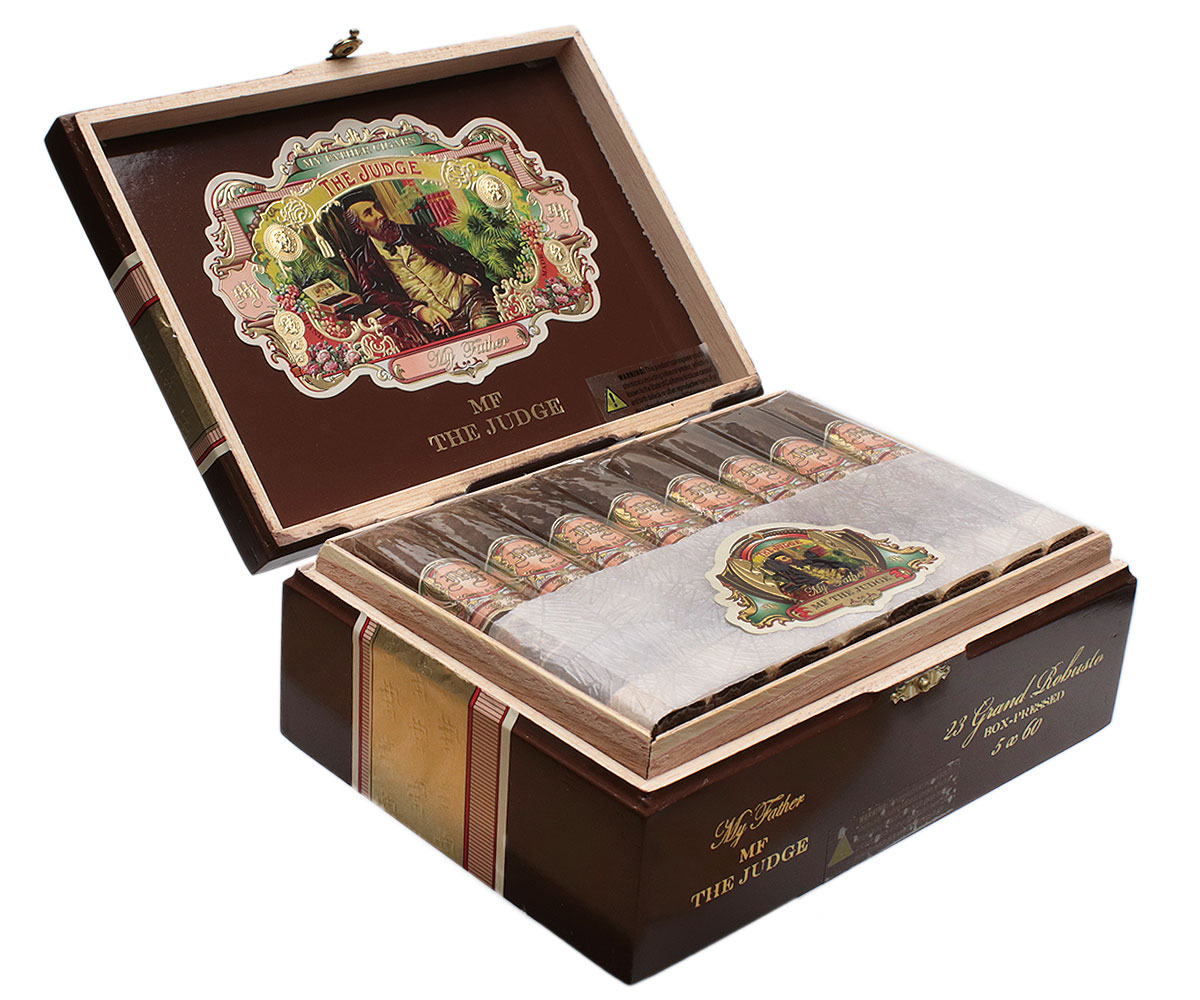 Like all of My Father's products, The Judge consists of Nicaraguan filler and a Nicaraguan binder, as well as two Nicaraguan binders: a Criollo and a Corojo. The outside wrapper, however, is an Ecuadorian Sumatran; sometimes people describe it as an Ecuadorian Oscuro, but it is, in fact, an Ecuadorian Sumatran wrapper. As something of a departure for the brand, The Judge is blended for strength and sweetness. It's got the My Father's signature peppery spiciness to the front and back end of it, but there's a mellow creaminess and sweetness throughout the cigar — likely from the Sumatran wrapper.

My Father: The Judge Corona Gorda

While The Judge is certainly one of my favorites, it may not be for everyone, because it is a more full-bodied smoke. That said, if you're a fan of stronger cigars, or even more robust pipe tobacco blends, The Judge is definitely worth a try. It's very reminiscent of the early Jaime Garcia line, only with larger ring gauges and, perhaps, a more full-bodied pepperiness. But there's plenty of complexity there as well, especially in the creamy sweetness imparted by the Sumatran wrapper. 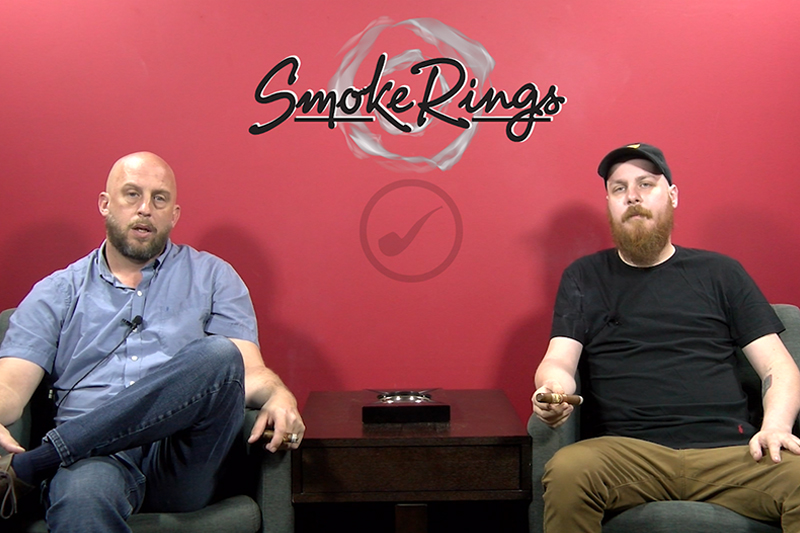 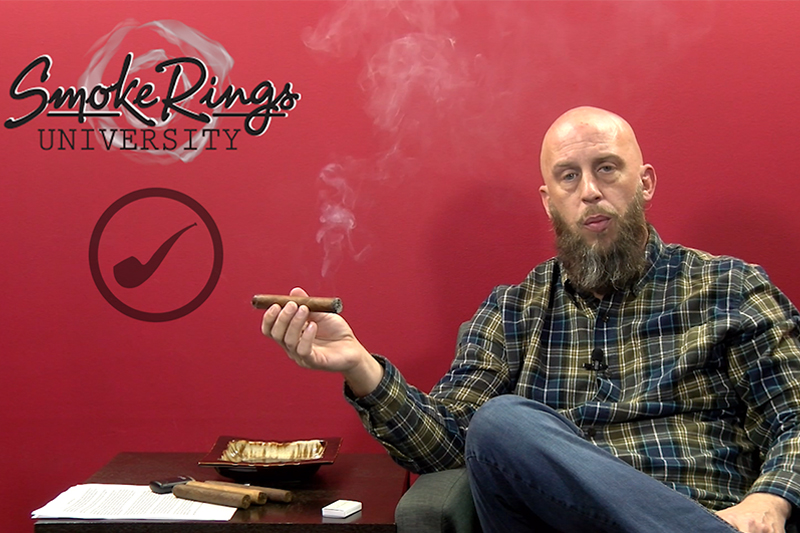 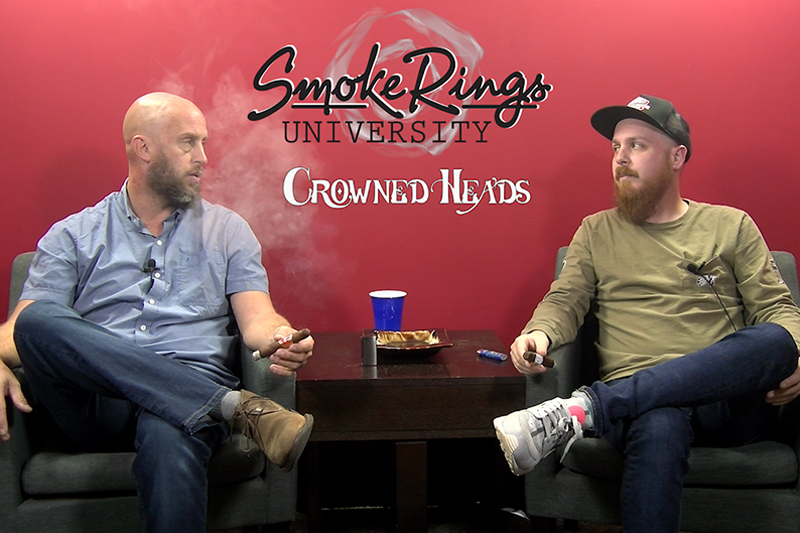