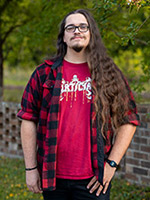 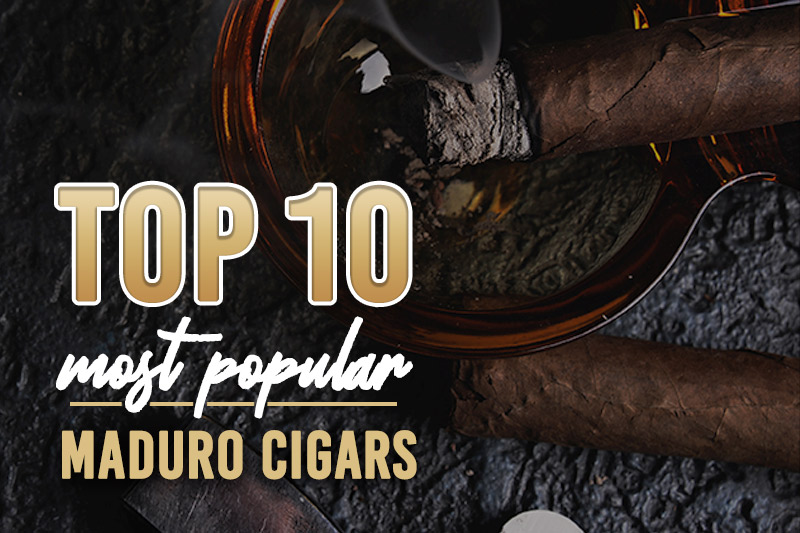 Maduro wrappers are some of the most versatile in the cigar world, wrapping smokes that range from mild and light to powerhouses that test the mettle of even the most seasoned aficionado. Given Maduro's versatility, it's no surprise that it's become the wrapper of choice for a number of popular cigars, its rich, fermented flavor profile adding a depth of complexity to any blend. Despite the leaf's current ubiquity, its existence is a rather recent development, appearing only within the last 50 or so years of cigar-making history.

Maduro is a Spanish word meaning "mature" and defines the process of fermentation unique to this kind of leaf, not a specific varietal of tobacco, like Habano or Corojo. While the latter types are distinguished by the distinct properties of their originating plant, Maduro leaves are distinguished by their complex method of aging, involving the slow, steady, and judicious introduction of heat and moisture over time. As these leaves age, their various starches gradually convert into sugars, not only sweetening the leaf's bouquet but causing them to darken significantly into their iconic appearance. Because of Maduro's rigorous fermentation process, only certain varietals are used in its production, such as Brazilian, Mexican San Andrés, and especially Connecticut Broadleaf, all of which possess a thicker, heartier structure that withstands the intense heat and humidity of the Maduro aging process.

While all cigar tobacco undergoes fermentation, Maduros are fermented to a more intense degree, the process not only enhancing the sugar content of the leaves but introducing a variety of robust flavors which complement that increased sugar. We have gathered the top ten most popular Maduro-wrapped cigars available on our site, representing a wide range of flavors and strength levels all unified by the deep, rich hues of their fermented wrappers.

Originally an old Cuban brand established in 1885, La Gloria Cubana was founded in 1972 and overseen by Ernesto Perez Carillo Jr. from 1980 to 2009. The Serie R debuted in 1999 and, thanks to its potent bouquet, helped advance the cigar industry's push toward full-bodied smokes with enhanced complexity. Comprising an Ecuadorian Connecticut Broadleaf wrapper over a Nicaraguan binder and fillers from Nicaragua and the Dominican Republic, the Serie R Maduro offers flavors of earthy oak, spice, and coffee. The #5 is a 5.5 X 54 Robusto Extra, offering plenty of substance to match its size and staying true to the Serie R's use of larger vitolas.

The original blend produced by the Dominican La Gloria Cubana brand, the Classic series established the company as a contender among heritage brands and has remained a staple in their portfolio since its inception. This cigar comes in both natural and Maduro varieties, comprising a Nicaraguan binder over Dominican and Nicaraguan fillers, with the Maduro highlighted by a Connecticut Broadleaf Maduro wrapper. The Wavell vitola is a 5 X 50 Robusto and was introduced in the early 1990s, remaining a popular size for the blend afterward.

Originally a highly limited release that debuted in 2003, Tatuaje's Reserva series has become a staple within the brand's portfolio and stays true to their old-world style of rolling, complete with a Cubanesque triple cap. Comprising a U.S. grown Connecticut Broadleaf Maduro wrapper over a Nicaraguan binder and fillers, this cigar presents with flavors of spicy oak, leather, and dark chocolate. The Petite Cazadores is a 4 X 40 Petite Lancero that distills the blend's flavors into a small package that's easily smoked in under 45 minutes, making it perfect for short trips.

Padrón's 1964 blend was released in 1994 to commemorate the 30th anniversary of the company's history, with its name denoting the year of the venerable brand's founding. Since its release, the 1964 has become a favorite among cigar enthusiasts for its rich flavor and quality construction, the Nicaraguan puro coming in both Natural and Maduro wrappers. The exclusivo is a 5.5 X 50 Robusto, its Maduro wrapper presenting flavors of cocoa, leather, spice, and cedar, all in a classic package.

A take on the original blend produced by the Honduras-based iteration of the Punch cigar company, rather than the Cuban brand of the same name, the Clasico Maduro is a balanced, medium-bodied cigar with plenty of complexity for enthusiasts to appreciate. Comprising an Ecuadorian Broadleaf Maduro wrapper over a Honduran binder and Nicaraguan and Honduran fillers, the Clasico presents with notes of cedar, earth, and nuts. The London Club is a 5 X 40 Petite Lancero that holds all of the flavor of its larger sizes in a small, quickly smokeable package.

Padrón's original blend, the Padrón cigar, also known as the Padrón Thousand Series, is offered in a wide array of sizes and in both Natural and Maduro wrappers, and are aged for a minimum of two-and-a-half years before distribution. A Nicaraguan puro, this cigar features a Sungrown Maduro wrapper and rich flavors of earth, leather, spice, and cocoa, the 3000 size denoting a 5.5 X 52 Robusto.

Released in 2011, the VIntage Maduro was Macanudo's first cigar from the Vintage series to feature a Maduro wrapper, one of Connecticut Broadleaf provenance, complemented by a Nicaraguan Binder and fillers from Brazil, Nicaragua, and the Dominican Republic. Its dark and oily wrapper imbues it with plenty of character and flavors of coffee, cedar, fruity sweetness, and hints of spice.

Another Arturo Fuente short filler cigar, the Brevas Royale comprises a single vitola, a 5.5 X 42 Petite Corona, that comes in both Sun Grown and Maduro wrappers paired with a Dominican binder and Dominican fillers. A quick, budget-friendly smoke, the Brevas Royale Maduro is a balanced, mild to medium-bodied cigar that showcases a slight spiciness alongside a hint of sweetness and nutty notes.

Not only is Arturo Fuente's Exquisitos Maduro the most popular Maduro-wrapped cigar we have on site, it is also the most popular overall and the smallest on this list, a 4.5 X 33 sized vitola comprising a Connecticut Broadleaf Maduro wrapper over a binder and fillers from the Dominican Republic. A short, budget-friendly smoke, this cigar is part of the Fuente Gran Reserva series, packing a wealth of flavor into its petite form, including notes of rich tobacco, cocoa, coffee, and spice, with floral hints to keep things interesting.

Maduro is an endlessly enchanting wrapper with incredible potential for flavor when paired lovingly with the proper binder and filler tobacco, and at a strength that keeps it accessible to novice smokers. Though this is the current list of our most popular Maduro-wrapped blends, it shouldn't be considered a list of the best Maduro cigars, that would not only be significantly more subjective, but it wouldn't necessarily be right for everyone, as tastes are unique to the smoker. Is it a solid jumping-off-point? Certainly, though exploration is always encouraged, making our present wealth of these darkly encased smokes a blessing, with plenty of chances available to discover a new favorite. 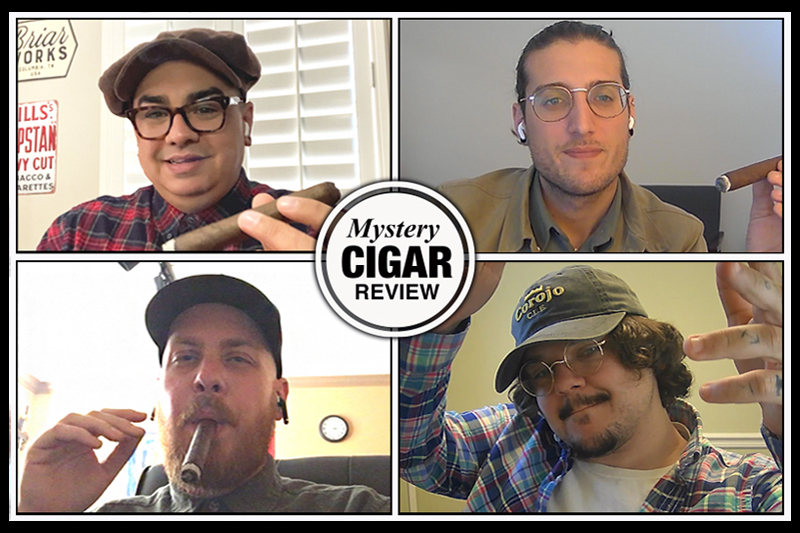 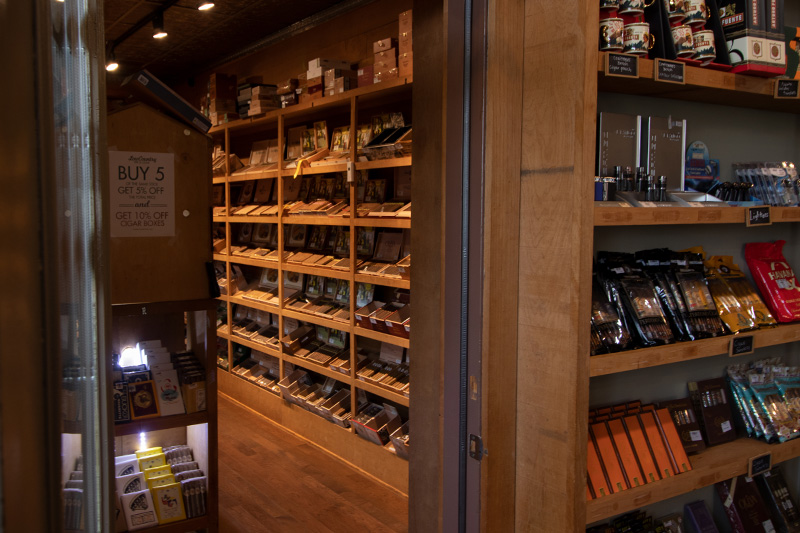 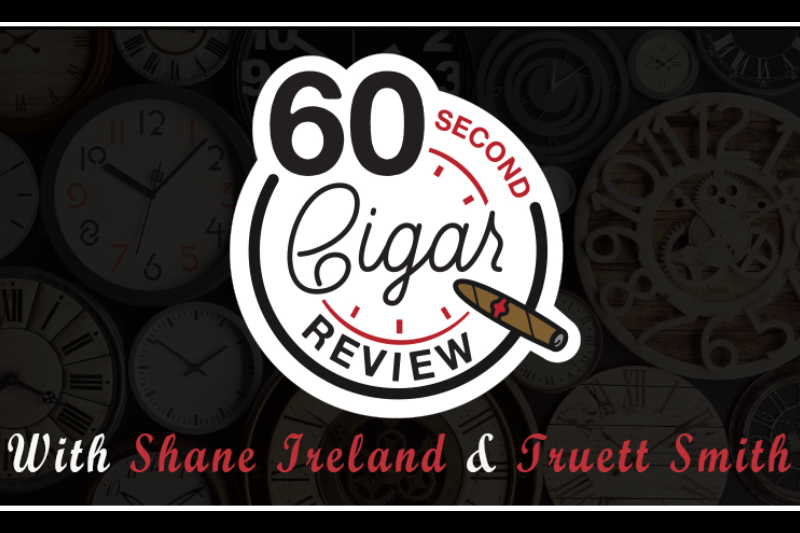